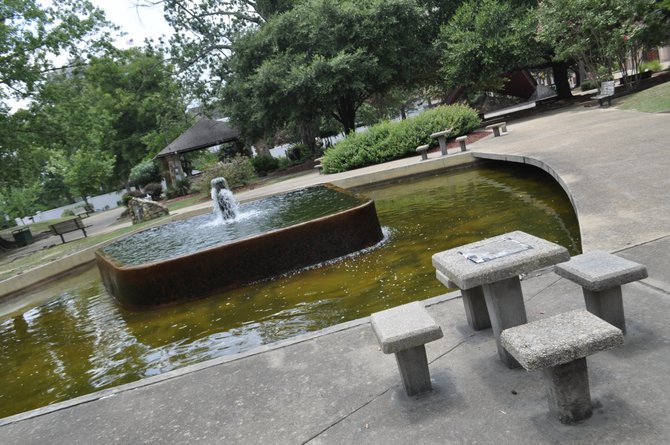 A key place-based asset that is regularly cited by companies and professionals as critical to their community-selection criteria is the presence of top quality parks and recreation amenities. Because of this, cities and counties are investing hundreds of millions of dollars in the planning and construction of new parks, greenways, disc golf courses, and numerous other projects. To not do so puts communities at risk of falling behind their competitors in their capacity for these amenities.

• Support local leaders as they move forward with final decision-making on a plan to advance a preferred development scenario.

• Ensure that development scenarios are consistently informed by datasupported analysis on Greater Jackson's protection against flooding events and the overall economic benefit of each proposal.

• Seek information on national best practices to inform the planning and development of the preferred project.

1.5.1: CONTINUE TO SUPPORT THE LEADERSHIP OF THE RANKIN/HINDS PEARL RIVER FLOOD AND DRAINAGE CONTROL DISTRICT TO PROTECT THE REGION FROM FLOODING AND ENJOY THE BENEFITS OF RECREATIONAL ECONOMIC DEVELOPMENT. (BP)

If you want to see how differently various people approach the idea of planning for Jackson's future, listen to a discussion of parks and green space. To see the generational gap on a "green space" discussion, look no further than the desire for canoes and trails by younger residents, and motor boats and marinas by more seasoned locals. The Vision 2022 plan targets "Parks and Recreation" under its "Inspiration" priority, but the ideas underneath it focus on the idea of large, expensive "parks" that also provide flood control (and development space) such as ideas included in its lake centerpiece or the Town Lake project, conceived by Watkins Development.

As of press time, members of the Vision 2022 Core City Destination/Event Park committee tell us that open space/event parks, other than talk of reviving the Town Lake idea, don't seem to be on the radar.

Alternatively, Mayor Chokwe Lumumba's transition team included a Parks and Recreation Committee that honed in on the availability and free use of public outdoor-recreation and green spaces as a way to improve the health of the city, and even to steer young people in positive directions and away from crime.

One idea, for instance, is to put business incubators into public parks around Jackson, a potentially far-reaching idea presented by businessman Jason Thompson.

We've also pulled one big idea, Festival Park, from the Jackson shredder because a bunch of smart folks told us it deserves one more look—for inspiration, if nothing else.

This green-space concept was a favorite of former Mayor Harvey Johnson Jr., and CDFL Architects in Jackson designed it about a decade ago. The challenge, according to a CDFL concept sketch, was to "remediate" an ugly Brownfield Recovery Zone along the Pearl on South Jefferson just above Interstate 55. The 43-acre site is the only land-based access to the Pearl River inside the Jackson city limits.

Public use of Festival Park could include recreational uses including boating and fishing. The public riverfront park was slated to include an amphitheater, retail space, a nature center, a pavilion and a riverside trail, as well as an overlook to the Woodrow Wilson bridge.

CDFL predicted the cost to be $1.4 million, and Johnson said in his 2004 State of the City address that park construction would begin in 2005. The city had $1.5 million in federal clean-up funds in place, which would have paid to clean up the chemicals left over from the area's use for a landfill, a refueling station and an asphalt plant.

Robert Farr of CDFL said this week that the landfill was too expensive to remove. The plan would have capped the landfill and armored the river's banks, he said.

However, the city lost the funding—some blame Johnson, others former Mayor Frank Melton.

Farr warns, though, that the work to cap the landfill will have to be done eventually. "The river will overrun the landfill one day, and all that 100-year-old stuff will go into the river," he said.

In 2010, Watkins Development unveiled an “unbelievable” Riverwalk Canal and Town Lake plan for downtown that would reroute Town Creek into a scenic, man-made canal stretching from Mill Street to the creek’s Pearl River confluence.

In 2009, David Watkins—a fan of big, audacious projects who helped bring the renovation of the King Edward Hotel to fruition—announced plans for a downtown canal and lake that would work in concert with the now-abandoned Two Lakes project. Watkins hopes that the project will happen, now in concert with the "One Lake" proposal that replaced the "Two Lakes" plan, but not by the 2014 completion date he promised then.

"Watkins' project, called Riverwalk Canal and Town Lake, consists of two parts. The Riverwalk Canal would wind through downtown Jackson from the top of Farish Street to Court Street, near the new federal courthouse. The canal would create a concrete-lined channel roughly 10 feet below street level, so that existing streets could cross it without arched bridges. The riverwalk would include landscaped paths on both sides of the canal.

"The canal's southern end would open onto the project's other main feature: a 35-acre lake connected to the Pearl River. At the lake's northern edge, near the Mississippi Museum of Art, the project calls for a marina. Watkins envisions luxury and mixed-income residential developments along the lake's western edge. For the eastern side of the lake, Watkins wants an outdoor music amphitheater and green space with infrastructure to host music and arts festivals." The predicted cost then was $50 million to $200 million.

See rendering of the concept at jfp.ms/townlake.

The problem with these big, audacious programs is that they wind up costing more than originally projected, which is already a lot to begin with, never come in on time, if at all, and usually seem to involve changing the course of nature to include big water projects that run into environmental opposition. Meanwhile, other, less audacious but more realistic and immediate solutions go untried and even unnoticed. Perhaps it is time to consider smaller, even micro, projects, and use what nature has given us instead of trying to convert the very nature of Jackson into something that it is not.

With you on the need for more smaller but important projects that will actually happen in our lifetimes. And we don't get something going in those empty storefronts (at least the windows) downtown, I'm going to blow a gasket. They send the exact wrong message to visitors and locals alike.