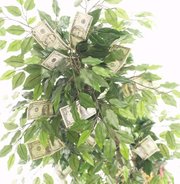 So, just how do we unlock the empty buildings that are "warehoused" downtown by landlords, often absentee, who let their spaces rot waiting for the huge rent check of the future rather than do something creative in them to help Jackson develop a more "creative class" vibe? Why not tax them? Other cities do it.

It works like this: If a property is vacant for, say, three to six months (and around here, it can be decades), the owner is assessed, say, an additional 1 percent in addition to taxes already owed. This should provide an incentive for a landlord not to hold out for an artificially high rent, thus lowering the value of the community around it. (The same tax could be applied to non-commercial property owners as well.)

Berkeley, Calif., Councilman Jesse Arreguin argued for a storefront vacancy tax there in 2011: Landlords "have the right to rent their space to anyone they want," Arreguin told berkeleyside.com.

"My concern, and the concern I have heard from others, is that holding out for that ideal tenant and then leaving the space vacant for six months to a year or even longer—that decision has a cost to the community, making commercial districts look like they are in decline and creating the appearance of an unsafe area.

"It definitely has an impact."

Here's a hint: If a no-more-taxes type tells you a new tax is wrong, ask them if they support using public money for big developments such as a lake or riverfront project, or a commercial development. That tax money doesn't grow on trees, you know.