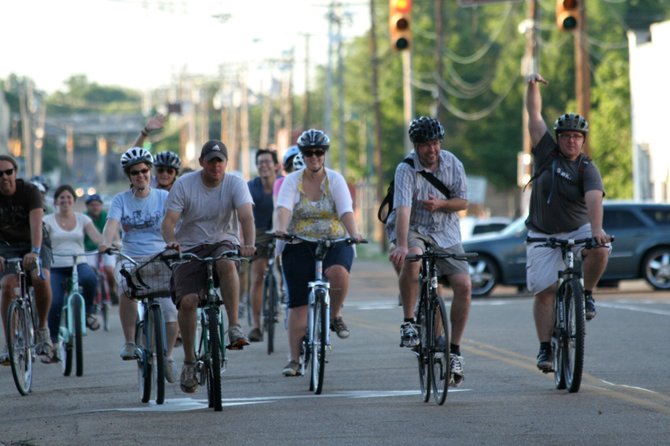 The key to change is finding simple, affordable tools that are easily accessible for people of all ages, races, socio-economic levels and abilities. When you look at cities around the U.S. and the world—places with some of the happiest, healthiest people, and places where people most want to live and raise families—they are also some of the most bicycle-friendly places.

It is hard to argue with facts that demonstrate that cities around the nation that have invested in biking and pedestrian infrastructure have seen dramatic increases in local economic development and quality of life.

• Businesses see increased profits, and residents see increased property values around areas with trails and multi-use paths. Mississippi examples include the Longleaf Trace in Hattiesburg, and the Tanglefoot Trail in north Mississippi. Locally, the creation of the Museum to Market and Lefleur East Trail in Jackson promise renewed economic activity.

• Communities thrive when its citizens walk or ride bicycles. People experience their city first-hand and not from the window of a car. They invest in local businesses and help foster a city that attracts and retains young talent.

• Investing in a bicycle- and pedestrian-friendly city benefits everyone. Better infrastructure includes sidewalks and improved roads in addition to bike lanes and trails.

• Statistically, more people on bikes create safer streets for everyone using the roads.

• "Complete streets" policies lay the foundation for smart, long-term strategies to create streets that accommodate all road users - not just motorists. These efforts provide for a more inclusive Jackson with an environment and infrastructure that supports motorists as well as pedestrians, runners, bicyclists, disabled people, children, and others who can't or don't drive.

To create a connected, more livable community—instead of one based around cars and urban sprawl—people must speak out for a viable alternative. If citizens want to safely cross streets, ride with their children or simply go for a walk, then they must speak up for a bicycle- and  pedestrian-friendly city.

When you see a bicyclist riding down the streets of Jackson, remember that they are not just there to slow down your commute. They are a part of what is making our city a better place to live.

Jackson has a thriving bike culture with a lot of ways to get involved:

• The Jackson Bike Advocates' monthly community bike rides start in the Rainbow Whole Foods Grocery parking lot on the last Friday of every month at 6 p.m.

• The JXN Community Bike Shop in Midtown provides opportunities to learn about bike repair and maintenance.

• The statewide "Bike Summit" is Oct. 2 at the Agriculture and Forestry Museum. Meet and mingle with bike advocates from around the state.

• JBA advocates to demand changes that leads to a more bicycle- and pedestrian-friendly Jackson.

Keep up with these opportunities and get involved through Bike Walk Mississippi, a statewide bicycle- and pedestrian-advocacy organization headquartered in Jackson. Visit bikewalkmississippi.org for more info.

Melody Moody is a co-founder of the Jackson Bike Advocates and now serves as executive director of Bike Walk Mississippi. Bicycling Magazine recently featured Moody as a 2013 Innovator in Bicycle Advocacy. Bike Walk Mississippi received the 2013 Advocacy Organization of the Year award from the National Alliance for Biking and Walking.

Correction: In a previous version of this story, the winner of the 2013 Advocacy Organization of the Year award was incorrectly named. We apologize for the error.

Also, just a clarification for anyone who may be confused regarding the different groups working toward a more bicycle friendly Jackson. The Jackson Bike Advocates is the LOCAL bicycle advocacy group and Bike Walk Mississippi is the STATEWIDE bicycle and pedestrian advocacy organization - both are headquartered in Jackson but Bike Walk also works with communities across Mississippi. Both groups work in their own unique ways to advocate for bicycle friendliness in Jackson and even work together on many issues, including policy change, increasing ridership and the Jxn Community Bike Shop, however both groups remain separate entities.

Also, here are a couple of links about the above "ways to get involved" for anyone interested:

Jackson Bike Advocates' Facebook: www.facebook.com/JacksonBikeAdvocates (They post about local issues & about the community ride on the last Friday of every month)

JXN Community Bike Shop: www.facebook.com/JxnCommunityBikeShop (In Midtown and open every Sunday from 1-4 and Wednesdays from 6-9pm)

Here are some of the references I used for this article. These are only a few highlights of the statistics and studies that are out there that directly show the correlation between economic development and investing in bicycle and pedestrian infrastructure.