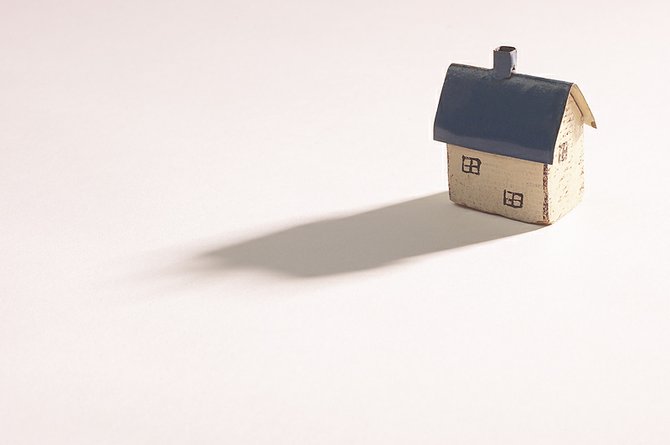 You've heard it before: For many Americans, homelessness is just a couple of paychecks away.

In an economy where people's finances are often stretched thin to the breaking point, losing a job, developing a chemical dependency, a serious illness or even having a car that needs major work can be the difference between paying the rent (or mortgage) or not. Any financial setback can be a long step toward being on the street with nowhere to live.

Once homeless, it's not easy to get back to permanent housing. Employers, landlords and banks all take a dim view of people with bad credit and no permanent address. For the men and women coming out of prisons, the road is even tougher.

People who are chronically homeless—those with combinations of mental and physical disabilities in addition to drug or alcohol addictions—most often come to mind when we think of homeless people. But losing one's home can happen to almost anyone under the right set of crappy conditions. Veterans make up a big percentage of the homeless population, as they often return home sick, traumatized and unable to reintegrate into society and "regular" jobs.

What Works to End Homelessness

The old paradigm is that people with unsolved issues—such as lack of a job or a drug addiction—had to address their problems before they could obtain a permanent home. Research now shows that a stable home allows a person to solve his or her problems much faster—and it keeps them off the streets.

It's also much cheaper. Homeless individuals are a huge burden on the emergency health-care system, for example. The Colorado Coalition for the Homeless found that a Housing First approach reduced emergency medical costs by 66 percent and detox costs by 85 percent. Even factoring in the cost of providing comprehensive supportive housing and services, a cost-benefit analysis found a net saving of $4,745 per person, while improving physical and mental health as well as quality of life.

To end homelessness, communities must develop a long-term plan. They may manage homelessness in the short run, but won't end it. Effective community plans include:

• Coordinated Access among providers to have a single, uniform method to access housing resources. "The aim is to ensure that (people) in crisis have the same experience as they seek housing services and that they are directed to the best housing solution for their situation." —Corporation for Supportive Housing (CSH)

• Housing First: Develop permanent alternatives to systems comprised of shelters and transitional housing progressions, and move homeless people immediately from the streets or shelters into their own apartments. "Housing First approaches are based on the concept that a homeless individual or household's first and primary need is to obtain stable housing and that other issues that may affect the household can and should be addressed once housing is obtained." —CSH

• Retool Shelters and Transitional Housing: Shelters provide important emergency and immediate resources. Especially for victims of domestic violence and sexual assault, shelters can provide a safe harbor from their abusers. But shelters are an ineffective and expensive method to address the needs of most homeless people in any long-term, permanent way.

Even for chronically homeless people, supportive permanent housing in the community is a better solution to homeless shelters or living on the street. Support can include helping those individuals get the financial aid they're eligible for, dealing with the disease of addiction, and teaching money management and other life skills. In such supportive environments, many chronically homeless people may even find productive work.

• A permanent solution requires prevention. Communities must invest in affordable rental housing, emergency assistance for household expenses, and in programs that build stronger people and families. Teach children and adults effective money management and life skills so that an unexpected emergency doesn't turn into a life on the streets.

What Factors Contribute to Homelessness?

• Substance abuse, which includes both alcohol and illegal drug use.

• Family disruptions, including separations and deaths.

• Chronically homeless people are those with severe mental or physical disabilities who are unable to work. Alcohol and/or drug addictions often exacerbate their issues. They are unlikely to ever make a meaningful contribution to society.

The Problem of Affordable Housing

"Severely cost-burdened renters and homeowners with mortgages are at risk of homelessness because a single financial setback could result in a housing crisis."

• In Mississippi, more than a quarter of all people were severely cost burdened in 2000 (16.4 percent of renters and 10.6 percent of homeowners with mortgages), meaning they put more than half their income into housing.