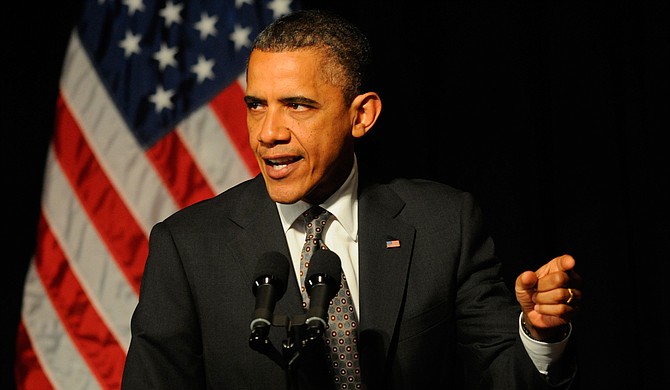 Five years after its passage, the Affordable Care Act hastened neither the end of the world nor the American way of life. Photo courtesy Flickr/Austin_Hufford

Back in 2007, Gov. Haley Barbour reached out to his Sigma Alpha Epsilon frat brother Mike Chaney, Mississippi's newly elected insurance commissioner, to float an idea. Barbour knew Mississippi was dead last in every health and wellness marker, but he understood that many small businesses couldn't afford to provide health-insurance coverage.

His good idea came straight from the much-lauded conservative think tank The Heritage Foundation. To provide health insurance to Mississippians, Chaney should build a statewide, free-market health-insurance exchange where small business owners could pool resources to offer their employees affordable insurance, Barbour said. A version of the plan was already working in Massachusetts under Gov. Mitt Romney.

"I went from not liking it to really falling in love with it," Chaney told Kaiser Health News last year. "You know, like you didn't like the girl in the third grade, and you ended up marrying her?"

With Barbour's full-throated support (and thus, tacit legislative approval), Chaney charged ahead with an online exchange dubbed OneMississippi.com. Even Blue Cross and Blue Shield, the state's largest insurer with 80 percent of the market, assured Chaney it would participate. By fall 2011, Chaney was hawking the exchange from billboards, and a year later, the site went live. The only thing missing was a tie-in to the federal system under the new health-care law.

And then everything changed.

2007 was a year before voters swept Barack Obama into the White House, and three years before Obama's signature legislation—the Affordable Care Act, aka Obamacare—became law.

What occurred after the 2008 election—a concerted conservative effort to vilify the president's every action—wasn't unique in Mississippi, and neither Barbour nor Chaney, both Republicans, liked the ACA. Before the U.S. Supreme Court decided in 2012 that states could reject Medicaid expansion, Barbour joined a multi-state lawsuit challenging the law. He even updated Ronald Reagan's debunked meme of Cadillac-driving "welfare queens," telling The Washington Post, "We have people pull up at the pharmacy window in a BMW and say they can't afford their co-payment."

Mississippi, though, added its own virulent tea party spin to debate, eventually resulting in Chaney's efforts coming to a screeching halt. Gov. Phil Bryant—who openly embraces the Tea Party's anti-government rhetoric—made it clear that he would not support any effort to bring the new federal program to the state.

With Bryant's vow to undermine the ACA, the feds concluded that a state-run exchange was untenable. In January 2013, U.S. Health and Human Services Secretary Kathleen Sebelius turned down Mississippi's application to run its own exchange, the only state she denied. Four months after its launch and millions of federal grant dollars later, OneMississippi.com disappeared. In the administrative vacuum that followed, the Magnolia State achieved another dubious distinction: The numbers of uninsured Mississippians actually increased by 3.34 percent in the first year of the law's enactment. From Alabama's nominal 0.53 decline to West Virginia's phenomenal 10.74 decline, every other state's numbers went in the opposite direction, decreasing people without health insurance.

Those trained to assist Mississippians to understand and buy coverage under the new law, health-care navigators, faced a tsunami of anti-Obamacare misinformation. Many people didn't know that the ACA and Obamacare were the same thing, or that the plans came from private, for-profit insurance agencies, not the federal government.

Since Congress passed the Affordable Care Act in 2010 via a partisan, Democratic majority (after a century of attempts to enact universal health care), House Republicans have pushed through 67 bills to repeal the law, the latest in February. The Senate has yet to endorse a repeal, though, and is short the votes needed to overturn an inevitable presidential veto.

But despite some 45 percent of Americans stuck in disliking Obamacare, many enjoy the advantages of the law, including the elimination of pre-existing conditions clauses that prevented many from purchasing or switching plans in the past. In the first year, more than 8 million Americans enrolled, surpassing even the administration's rosiest predictions. When the numbers are tallied this year, the government expects that number to exceed 11.7 million. Add in new Medicaid enrollees in states that expanded their programs, children who were able to stay on their parents' plans until age 26 and other provisions of the law, and the net gain in insured Americans is roughly 15 million. That's a big chunk of the estimated 47 million uninsured before the ACA.

Five years after the law's passage, the dire warnings of the anti-Obamacare factions have simply not come true. There are no death panels. Insurance rates haven't seen across-the-board increases. The government hasn't collapsed—or become a communist dictatorship. The federal deficit hasn't skyrocketed. The world has not come to an end. And while the law still faces considerable challenges, including a pending SCOTUS opinion and enactment of its private business provisions, many prognosticators give the law a cautiously enthusiastic, if provisional, thumbs up.

In Mississippi, though, ideology continues to trump facts. Politicians rail against the federal government while comfortably raking in more than $3 for every dollar the state contributes year after year. "You might as well throw your political theories aside," said Steve Holland, D-Plantersville. "That's a damn good deal. I wish all of my wages and all of my earnings and all three of my businesses got a return of $3.14 for every dollar."

Roughly half the state's annual revenues come from federal programs, including those propping up education and Medicaid. Yet, many Mississippians see such largesse as a millstone instead of a blessing, an attitude that has deep historical roots dating back to the Civil War.

Gov. Bryant and the state's Republican-led Legislatures have refused the billions that would accompany Medicaid expansion, refusing even to hold public hearings on the subject. That rejection comes despite economic experts predicting from 9,000 to 20,000 new jobs, more than a half-billion in new revenues and $14 billion in new economic activity with expansion.

Certainly, the net cost of expansion—estimated to hit $96 million annually by 2025—is partially offset with the hospitals that will remain open and provide jobs in communities across the state. Mississippi has already seen hospitals close doors and lay off employees due to reductions in federal payments to care for uninsured patients. Under the premise that hospitals will care for more insured patients after ACA enactment, those payments decrease regardless of whether a state expands Medicaid.

Advocates of Medicaid expansion insist that Mississippi has the funds.

"It's an urban myth that there's no money in this state. If the budget people would come out and say it, this state is in the best shape, financially, since probably two years after gaming came into the state," Holland said.

"... Our coffers are full. Our rainy-day fund can't take another penny."

And then there are the 138,000 Mississippians who fall into the health-care gap: They aren't eligible for Medicaid under the state's stingy and restrictive standards (among the lowest eligibility in the nation), and they don't make enough for insurance under Obamacare. Most of those people work at low-wage service jobs such as waiting tables or child care, and would be covered under Medicaid expansion.

"I get so many phone calls every day of my life from people in desperation," Holland said. "... And they've either presented themselves to an emergency room and been triaged and half-way treated and sent home sick as a dog, or they can't get in to start with, or they have no access in any way to any health care. That's just an abomination to me."