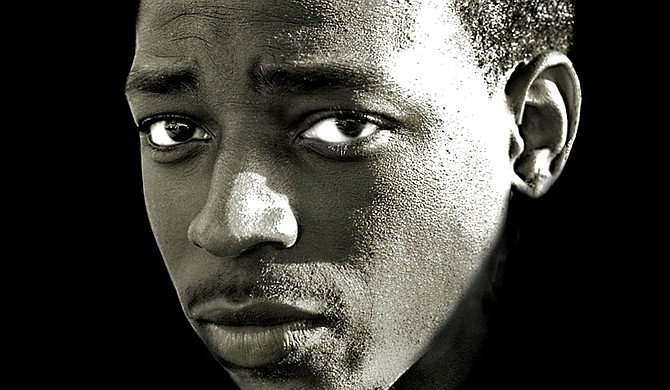 Adults must engage young people where they are to keep them interested. Without making education and communication relevant, young people will not see how adults value them. Photo courtesy Flickr/David Robert Bliwas

The knot of thorny issues facing most young African American men and women is a disaster-level crisis.

"What would y'all think would happen? Would it not be a state of emergency?"

Each of the statistics Batteast mentioned is true of black men in America, he said. Given what most black youth face—from lack of opportunity to lack of self-esteem—they have an uphill climb with little mainstream support. Yet, despite those structural barriers, the community can work from the ground up to change what has become hard reality for African American young people, especially boys.

Through his organization, Batteast mentors African American boys and young men to become sought-out leaders in the community. In the March 11 Jackson 2000 program titled "The Destiny of Our Sons" at the Arts Center of Mississippi, he and Martha Alexander of Leadership Next-Generation Plus Inc. spoke to an audience of about 50 participants about the challenges and solutions for addressing the issues.

"We have been inundated with this challenge for a long time," Alexander said of America's black communities. Since the Trayvon Martin shooting in February 2012, however, the plight of young black men has surfaced in the entire nation's consciousness.

Alexander, whose organization focuses on education and leadership skills, said members of the African American community must examine whether they value themselves before they can have an impact on young people.

"We have to transform our value systems as African Americans, in particular, and people, in general," she said.

That transformation begins with evaluating oneself, she suggested. Before people can value their youngsters, they must value themselves, each other, their God and their history. "If we really analyze what we consider to be of value when it comes to our young people ... we have to look at what we practice as a people, look at what we believe," she said. "... We are not clear how we value our young people, nor are we clear how we value one another."

Alexander indicated that most people give mere lip service to the terms value and transformation. Adults must demonstrate that the issues young people consider important are also vital to them, she said, and they must engage youth at every opportunity. True communication requires collaboration and coordination of effort, she added, which can't be found on social media; it needs face-to-face interaction.

"(Young people) will do what they need to do if they know we are in relationship with them and care about what they think is important," Alexander said.

"... One critical way we can work, as adults, toward saving ... our young people is to get engaged with them," and that includes making it clear what is acceptable behavior and what isn't (and why), and asking them whether they find value in what we provide for them.

Contributing to the problems of black youth is the negative narrative developed over the decades, Batteast indicated. Many people believe that more young black men are in prison than in college, for example. It is not true, but such statistics are stuck in the national consciousness.

"If I'm constantly hearing that I have a better opportunity to go to prison than to go to college, which (place) would I aspire to go?" Batteast asked. "... I had a 7-year-old, and I asked him, 'What to you want to be?' He told me, 'I want to go to prison so I can be with my daddy.'"

Batteast believes we must address several areas to turn such thinking around, including strengthening family, community, self-esteem and academics.

Changing the story must include a rigorous evaluation of the institutions where young people congregate—schools, churches and community organizations that provide services to them—and of the attitudes we foster, he said.

"If you have a sick village, you can only raise sick children," he said. "... Our young men have so many twisted definitions of what a man is," but few real models of appropriate and supportive male behavior.

Jackson alone has some 970 churches filled with people who could provide mentoring for young people, he said. If each church mentored just one African American youngster, it could make a huge shift in how young people see themselves.

By the 4th grade, "being smart is not cool," he added, which has many youngsters hide their gifts and their deficiencies. If they can't read, for example, they'll act out in an effort to keep it a secret.

Batteast offered several solutions to the problems young people face. First, he said, we have to change the way we speak about and relate to young people—change the story, in other words. Second, we must provide adequate resources to families, especially single mothers and fathers. Third, we have to support our school systems and freely provide the expertise of the African American community to teachers.

"Young people want discipline. They want knowledge. They want to know that we care," Alexander said. "... We create change and sustain it by getting engaged."