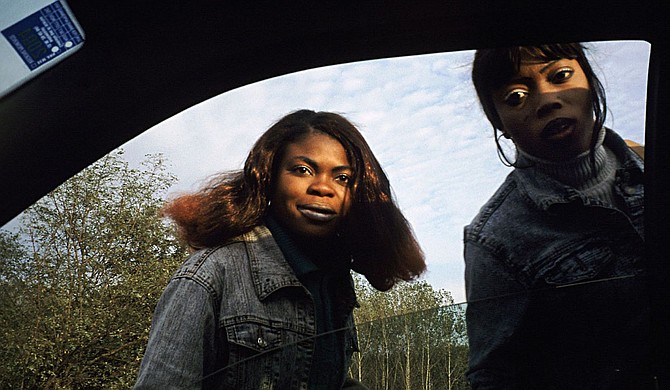 Most reported child sex trafficking in central Mississippi happens within families. In a report filled with difficult realities, this was the most shocking finding for researcher Wendy Bradford.

"Many people assume that kids are kidnapped off street corners, or they're runaways," added Angela Gaddis, head of Belhaven University's Department of Social Work. " ... That's not always the case."

Bradford is the co-author of "Rapid Assessment on Domestic Minor Sex Trafficking" and founder of Beautiful Ones Ministries in Brandon.

To produce the report, released March 2, the ministry worked with Belhaven University students under professor Gaddis' guidance. Shared Hope International, based in Vancouver, Wash., developed the tool used for the analysis.

"In cases of familial trafficking, the children still go to school, attend functions and go out in the community," the report states. "Even when victims have freedom of movement, it does not mean they are not trapped. In fact, this can make them even more loyal to their trafficker because it allows them to think they have a 'choice' in staying."

Many, Many Hidden Victims

The three-month project covered Hinds, Madison, Rankin and Warren counties to determine the scope of domestic minor sex trafficking in central Mississippi, and to identify challenges and needs. A third objective was to lay a foundation for best practices for DMST victims.

The team's estimate of 90 DMST cases within the study area is low. "This was a scratch on the surface of what is going on," Bradford said. "... We know that there are many, many victims who are hidden, who are not self-identifying." She speculated that victims may not be aware they are being trafficked, or they may be too intimidated to come forward.

Mississippi has a number of factors contributing to the vulnerability of children to sex trafficking, the report concludes. Among them is the state's high incidence of poverty and low educational levels; Mississippi leads the nation in both areas.

That's not to say sex trafficking is limited to the poor. "Just as any social problem in society ... it crosses all socio-economic cultures," Gaddis said. Nevertheless, "When you have a young child that is in poverty, and you have a pimp that promises the moon to them, then they are more vulnerable to becoming a victim than a child (coming from) an upper income."

The majority of the trafficked children researchers identified also come from areas with high-crime rates and police corruption, other contributing factors.

"[I]t's not just people being smuggled into the country in cargo boxes. It is a 15-year-old girl being prostituted out in Jackson off of Meadowbrook Drive," said Steve Pickett, chairman of the Mississippi Parole Board and executive director of Joyce's Hope Home for Girls, a Jackson shelter for runaway girls.

But perhaps the single biggest single contributing factor to child sex trafficking is lack of information—in the community and among the victims.

Despite strengthening Mississippi's sex trafficking laws in 2013, little has changed. In the two years since, only one person has been prosecuted in the research area under state trafficking laws in a Madison County case. Police still tend to misidentify trafficked children, charging and criminalizing them instead of treating them as victims.

"We started seeing little girls get arrested in a hotel room with seven or eight guys. They will be 13 or 14 years old, (and) all the guys are over 20," William Skinner, a Hinds County Youth Court judge, told researchers. "Law enforcement would arrest the girl because she would be a runaway, (but) they would not do anything to the guys."

Sex trafficking in the U.S. has only recently come to wide public attention, and training for first responders, including medical and social service personnel, is still rare. In conjunction with stronger laws, Gov. Phil Bryant assembled a task force to address the problem.

One organization that has begun to tackle the training issue is the Center for Violence Prevention in Pearl.

"Looking back over the girls we've had over the past few years ... so many clients we have coming in as adults, I'm thinking, 'Were they trafficked as children'?" an independent service agency worker, who was not identified by name, speculated in the report.

"Just looking at the number of sexual partners they've had and the age they began sex, it's really making me question that ... (and) it's making me think, 'Are we missing something?' We're definitely missing something as a community if not us specifically."

Often, victims don't understand that what they are doing is problematic, an attitude supported by a culture of sexualizing and exploiting children for profit.

"The local girls and high-school students don't feel that they're doing anything wrong," Tony Willridge of the Ridgeland Police Department told researchers. "So, trying to get them to understand that this is against the law, you get, 'Everybody's doing it' and 'I'm not hurting anybody.'"

"Young girls are led to believe that stripping and escorting and even exotic dancing can be a glamorous lifestyle—(they're told) how much money you can make off of this, it's low risk and 'you're not going to be hurting anybody.' That's what leads them into the cycle," said Rebekah Allen, the lead student researcher.

Many trafficked children, especially runaways and those without stable homes, perform "survival sex," for food, a place to stay or a cell phone, not necessarily cash.

Exacerbating the problem is a near-complete absence of services for victims and no funding to put such services in place. "The lack of placement options (for DMST victims) facilitates the cycle of enslavement," a public defender told researchers.

"The first two we had ... once I was able to break through and get the truth, they were like 'help me get me out of this, I don't want to do this anymore.' They did not want to be prostituting. I was unable to find a place for them to go. They ended up going back home which ended up putting them back on the street. We repeated that cycle several times. They believed me less and less. They didn't think I was being truthful. They lost hope of getting out of the cycle. I could not find a place for them to go that was safe."

Allen added that she was surprised to see 90 cases in the research area. "... What will happen when we are educated and everyone is on the same page and we have protocols for these kids?"

Sandy Middleton, executive director of the Center for Violence Prevention in Pearl, told researchers that child victims, who have often suffered extreme, complex trauma, require long-term assistance to achieve some semblance of normalcy.

"The public has the attitude that they are a little bird in a cage. When you open the door they're going to fly away and be happy, be a completely different person," she said. "The reality is that is just not how it is."