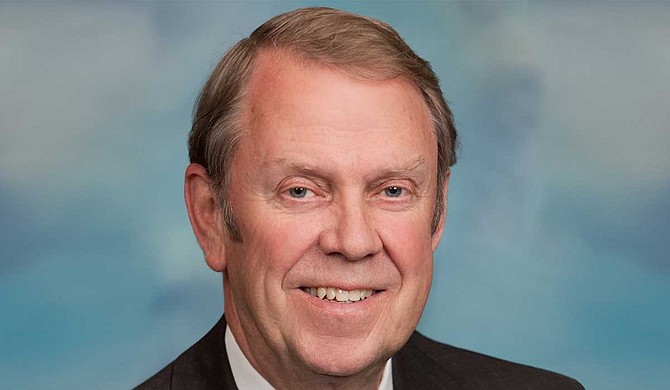 Mississippi Insurance Commissioner Mike Chaney announced this month that residents in 19 counties will have a second option on the federal health insurance marketplace this year. Photo courtesy Mike Chaney

Mississippians could see cost drops in health insurance this year with the federal government's Tuesday announcement that it expects a 4% cost decrease nationwide this year for subsidized health-care plans. Residents of Hinds, Rankin and Madison counties, and 16 other Mississippi counties, may also see benefits because another insurer, Molina, will begin selling plans to those counties this year through healthcare.gov, the federal health insurance marketplace. It will also begin covering kids through Mississippi's Children's Health Insurance Program, or CHIP, on Nov. 1.

Currently, Magnolia Ambetter of Mississippi is the only provider.

"The addition of CHIP and marketplace plans is a good thing for families looking for insurance," Mississippi Insurance Commissioner Mike Chaney said in an Oct. 3 press release. "Up until now, there has been only one provider in the Mississippi marketplace. Increased competition and market share can only benefit customers."

Molina's healthcare.gov plans will include free preventative-care drugs and screenings, free family-planning services and access to a "wide network of doctors and hospitals." The insurance commissioner's statement said Molina's subsidized plans will include telemedicine care options, with "24/7 access to quality doctors for the same low copay as a primary care visit."

Those living in other counties who qualify for federally subsidized insurance will still have options, though. Magnolia Ambetter, which for years has been the only healthcare.gov provider on the marketplace for Mississippi, will continue to sell insurance in all 82 counties.

Mississippians who qualify can begin enrolling on healthcare.gov on Nov. 1. Enrollment for CHIP also begins that day.

Mississippi's Uninsured Rate Down 8 Points Since 2008

The federally subsidized plans are a key component of the Patient Protection and Affordable Healthcare Act, also known as the "ACA" (or as "Obamacare" by its detractors), which President Barack Obama signed into law in 2010.

The subsidies cover people in households that make at least 100% of the federal poverty level but not more than 225%. A single individual would be eligible if they make between $12,140 and $48,560 a year, while a family of three would be eligible if their household income is between $20,780 and $83,120. Healthcare.gov has a tool that lets families find out whether or not they qualify for subsidized insurance.

That is because Mississippi is one of several states that refused to accept another key component of the ACA: Medicaid expansion. It would cover families in working households that make too much for traditional Medicaid, but not enough for ACA coverage. Each year since 2013, the federal government has set aside $1 billion that could be used to pay to expand Medicaid in Mississippi, but Mississippi's leaders, including Gov. Phil Bryant and Lt. Gov. Tate Reeves, have rejected it. That has left about 300,000 Mississippians with no realistic health-care options.

Meanwhile, current Gov. Phil Bryant backs a federal lawsuit that claims the ACA is unconstitutional and should be struck down. The U.S. Supreme Court will hear that challenge next year, but a majority of the court's members, including its Republican-appointed chief justice, John Roberts, have upheld the law in two prior challenges.

The election for governor, lieutenant governor, and all statewide and legislative races is on Nov. 5. Voters in Mississippi must bring a State-accepted form of photo ID to the polls in order to cast a ballot. More information on voting is available at sos.ms.gov.