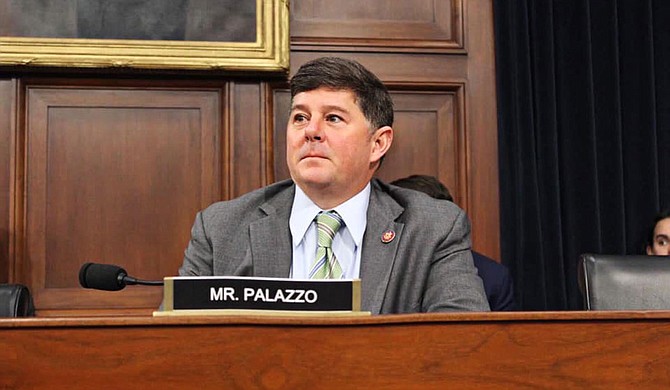 Congress must assist rural hospitals in its upcoming bill aimed at blunting the economic devastation the coronavirus has wrought, Mississippi Congressman Steven Palazzo wrote in a letter to top U.S. House leaders on Tuesday. Even before the COVID-19 outbreak, about half of Mississippi’s rural hospitals were struggling financially as the State continues to refuse Medicaid expansion funds.

“Emergency relief is needed for health providers, especially rural health providers, in Mississippi and across the country,” Palazzo, a Republican who represents much of south Mississippi, including the Gulf Coast, wrote in the March 24 letter to Democratic U.S. House Speaker Nancy Pelosi and Republican House Minority Leader Kevin McCarthy.

“I certainly understand that other industries are absorbing significant financial losses; however, it is the hospitals and health-care workers who stand on the front lines of providing care to patients and battling COVID-19 from a further spread.”

“Meanwhile, hospitals are still caring for cancer patients, trauma patients and patients with other significant needs,” he continued. “For Mississippi hospitals in my district and throughout the state, COVID-19 is not an ‘either or’; it is a ‘but also’ for an already strained industry.”

On March 19, the American Hospital Association wrote a letter to Congress asking for $100 billion for hospitals to offset coronavirus costs, as appointment cancellations and the need to order large shipments of additional equipment to combat the pandemic drains funds.

“Due to expenses to treat COVID-19 patients, hospitals are currently losing up to $1 million per day. This loss may increase as the outbreak spreads,” the AHA wrote. “There are extraordinary efforts to supply needed equipment. Front line health care personnel are not able to go to work due to lack of childcare and closing of schools, resulting in personnel shortages and significant expenses to backfill staff—when that is even possible. Hospitals need help providing childcare for their staff members so they can come to work.”

In Mississippi, 31 Hospitals Could Close

A February 2019 Navigant study found that 31 Mississippi hospitals were at “high risk of closing.” Health-care experts attribute much of the stress to Mississippi’s refusal to accept $1 billion a year in federal Medicaid-expansion funds, which would cover an additional 300,000 people and relieve the burden on struggling hospitals which must admit emergency-room patients even if they have no insurance and no way to pay.

Since Mississippi’s Republican-led government first refused federal funds for Medicaid expansion in 2013, five rural hospitals in the state have closed, and about 70% of closures nationwide have happened in states that did not expand Medicaid.

Palazzo, like many other Republicans, has also long opposed Medicaid expansion, which was a key component of former President Barack Obama’s 2010 Affordable Care Act. In 2012, Palazzo urged Mississippi to oppose expansion, saying people “have got to be held accountable for what they put in their mouth and whether or not they exercise.”

Pelosi: “Ask States to Expand Medicaid Where They Have Not”

During an address Monday announcing a U.S. House stimulus proposal, Pelosi urged Trump to “ask states to expand Medicaid where they have not” and also to back out of a U.S. Supreme Court case that the federal government and Republican-led states, including Mississippi, are using to try to kill the ACA.

Though the congressman has not changed his position on Medicaid expansion, in his letter today, Palazzo said he was ready to work with Congress to help sustain struggling rural hospitals like those in his own state.

COVID-19 in Mississippi, Indepth: A Primer 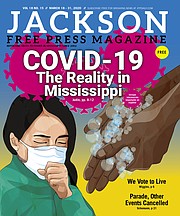 COVID-19 has arrived in Jackson. As the nation grapples with the extent of the crisis, the legislature and most business are shutting their doors. But there are vital steps individuals can take to protect themselves and their communities.

“Almost half of rural hospitals nationwide regularly operate at near loss. Some larger providers might be temporarily able to absorb significant losses from this pandemic, but rural providers are not,” Palazzo wrote.

“Congress needs to assist health care providers, and those in rural areas, who are on the brink of financial collapse to ensure they can meet payroll demands to the front-line health care personnel and to ensure that as many inpatient beds as possible are available during this COVID- 19 pandemic by keeping rural hospitals open.”

In its March 19 letter to Congress, the AHA wrote that “COVID-19 will test the capacity of America’s health care system.”

“The choices that Congress makes about funding will make the difference between the ability of America's health care system to overcome supply shortages, staffing shortages, and financial challenges so that they can continue to serve their communities,” the organization wrote.

The bill House Democrats unveiled Monday would give direct cash payments of $1,500 per person compared to $1,200 in tax rebates under a Republican Senate proposal. The Democratic plan would offer about $150 billion in funding for hospitals and $80 billion in low-interest loans. The GOP bill includes just $75 billion for hospitals.