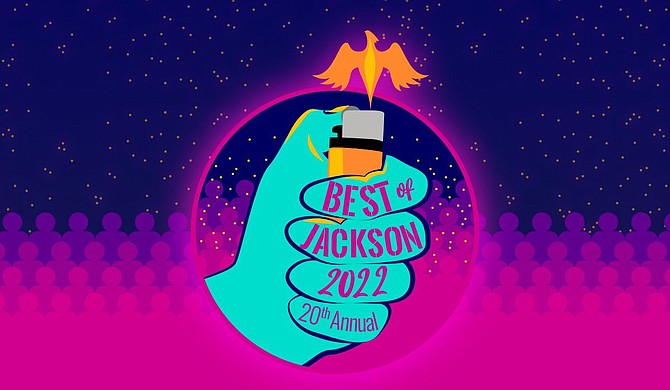 Yesterday, the Jackson Free Press finalized the results of the Best of Jackson 2022 nominations ballot. Our readership named numerous candidates from the Jackson metro area for the contest’s 100-plus categories, and the top several for each one have become finalists. Voters may now cast ballots for their favorite locally owned businesses, service workers and more at vote.bestofjackson.com. Finalists who receive the most votes win their respective categories.

For votes to be valid, participants must vote in at least 20 categories. Ballots must include your real first and last name with a local phone number and email address for verification, if needed. Each voter must choose every vote on his or her ballot; similar and identical ballots will be investigated and perhaps discarded. Finalists are welcome to campaign by asking people to vote for them, but they must not offer financial incentives or discounts, set up computers or scripts with any votes pre-chosen, or ask to see someone’s ballot.

In response to feedback from previous years, music-related categories have been moved to a separate pop-up ballot, which will be announced in early 2022.

To ask a question regarding Best of Jackson, reach out via the contest’s Facebook page.