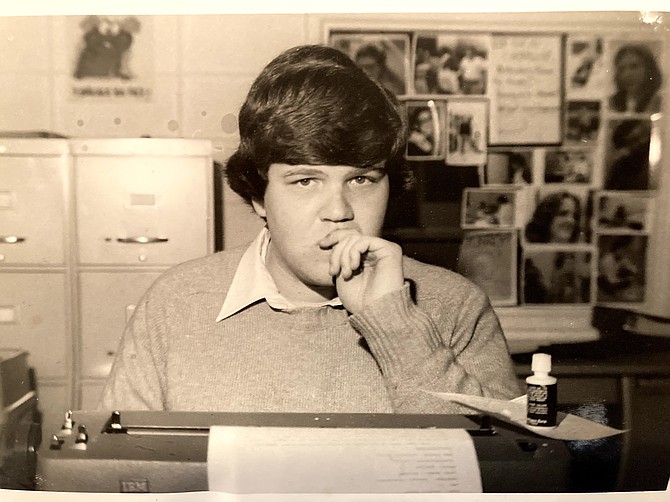 This journey all started in 2002 upstairs in a one-bedroom apartment on Fortification Street next to La Cazuela. I had moved back to Mississippi in 2001, dragging Todd Stauffer with me as we Mississippi folks tend to do to those we love, thinking I would write a book and have a cheap home base to travel from for freelance journalism. Three months after we moved into a Belhaven duplex and rented the Fortification one for me to write in (hey, we were used to NYC rental prices), Sept. 11 happened, changing the world and our work-travel plans.

We were already awestruck by the potential of a capital city filled with brilliant and loving and often neglected people, and thinking it needed a newspaper that would serve every ZIP code, every neighborhood. Papers here then either only targeted readers of one race or outright pandered to the suburbs (and their crime hysteria and racist anxieties) for the most ad dollars they could grab, much of it being shipped to shareholders out of state.

So we did this thing, naming it for a Jackson civil-rights newspaper started by Black leaders Medgar Evers and R.L.T. Smith and others, and printed by a beleaguered white publisher Hazel Brannon Smith, whom wealthy whites basically boycotted out of existence and livelihood.

We didn’t have deep pockets. Todd, Stephen Barnette, Jimmy Mumford, Bingo Holman and I started it literally on a small kitchen table, with Alisa Price joining us to sell ads, Jaro Vacek to snap pics, with Tony DiFatta’s covers. Eager volunteers showed up, and later paid staff. White people would call up and whisper, “Is this a Black paper?” because we put Black people on the cover for reasons other than crime or sports. A bunch of whiny north Jackson conservative men started coming after us on the website and, yes, calling for boycotts (unsuccessfully since our readers buy cars, theater tickets and martinis, too).

Todd and I drove from barber and beauty shops to BBQ and fried-fish joints all over Jackson in a raggedy Toyota Tercel to ask them to distribute our newspaper. Yes, we got funny looks—who are these people!?—but within months we’d get calls asking for their JFPs if they were late.

I was thinking about that first office a lot last week. With our tiny team, we’d stay up all night to lay the paper out. One night, Art Director Jimmy Mumford (who designed it remotely from home) messaged about 2 a.m.: “I’ll be asleep on the floor whenever you’re ready.”

It was 6 a.m. after an all-nighter when the power went down just as we were about to send a big story to the printer. Bleary-eyed Todd sheepishly admitted that he might’ve forgotten to pay the bill. Suddenly, Stephen disappeared, and the lights came back on. I still don’t want to know.

But I’ve mostly been thinking about Miss S and Dr. S. Miss S was a tailless cat I saved at the Fortification “office.” She was a calico mix of colors with thick fur of all heights with Cleopatra eyeliner around her annoyed eyes. She was carrying a dead kitten when I first got her to the vet. She became our mascot, sleeping on the printer because it was warm and regularly telling us all off in little scratchy meow spurts that reminded me of my mama’s beautician who smoked too much. I always said Miss S owned a beauty shop in a former life.

Miss S tolerated most of us—but she was obsessed with her only real love.

Dr. S was the nom de plume for Charles Corder, my friend from Mississippi State who had been my editor at The Reflector for a hot minute. We had reconnected after I moved back when he was stuck in a copy-editing job at The Clarion-Ledger that he hated. He was fascinated that we were starting a new kind of newspaper and started hanging out at the office. Or with Miss S, I should say.

Those two adored each other. As mean and snippy as she could be with the rest of us unworthy subjects, Charles was her main squeeze. He’d lumber in the door saying “heyyyy” as he always did, and she would drop on her back and purr lovingly to him. I was embarrassed for her.

Charles, my favorite curmudgeon ever, was a sports fanatic, and we always talked about starting a smart, more journalistic sports publication in Mississippi one day, but never had enough funds to do it. I couldn’t afford to hire him away from the Ledger, so he volunteered for the JFP, calling himself Dr. S and writing our rather sarcastic sports roundups back then. This was before media collaboration was even considered in this cutthroat business, so his employer (where he edited, not wrote) didn’t know he was doing it.

Doc would infuriate sports fans; most thought he was Todd—you know, S as in Stauffer. I doubt anyone ever guessed right. I don’t usually publish writers without real names, but I made an exception for Charles because he seemed to need to do it, to be a part of an exciting new journalism venture even in a small way. He also volunteered to start our events calendar, doing the tedious work of gathering and editing endless blurbs for a while.

Over time, Doc would move on from the Ledger and serve as the managing editor of the Greenwood Commonwealth, a better use of his talents, and eventually retire with serious health issues. Regretfully, we never got to do our sports publication together, and I haven’t seen him nearly enough in recent years, especially during the pandemic. I work all the time, and he was surrounded by loving family.

It punched me in the stomach to hear recently that Dr. S died from COVID-19 far too young. Since then, I’ve been reliving those early JFP days when we all were determined to make this crazy thing work one way or the other. It was fun, and it was stressful, but the JFP is still here. And now the statewide Mississippi Free Press is here, too—another dream for 19 years. I also plan to bring the Youth Media Project back when it’s safe for teens to gather.

I dedicate this first 19 years to Charles Corder, Herman Snell, Stephen, Jimmy, Alisa, Bingo, staffers over the years, advertisers who got it, and all of you who have believed in this vision and helped us in so many ways. Mississippians can do so much when we decide to build together rather than tear others down. Thank you.

Correction: The original version of this story said Hazel Brannon Smith's first name was "Helen," which Donna Ladd is well aware is not the case. She apologizes for this error.