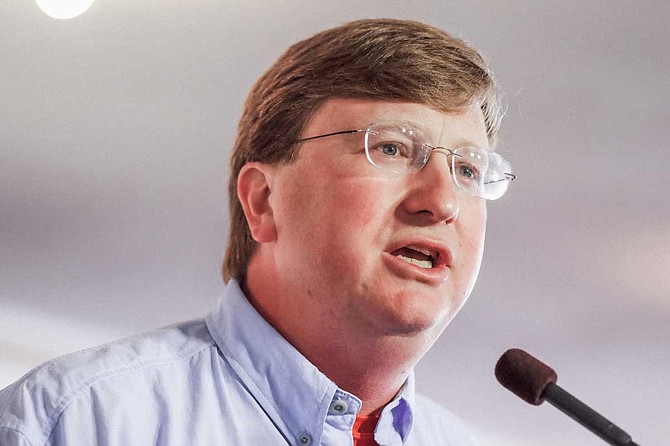 Mississippi Lt. Gov. Tate Reeves, a Republican candidate for governor, has millions more than his closest competitors in the GOP primary. Photo by Ashton Pittman

With one day left before state primary elections, Mississippi Lt. Gov. Tate Reeves has raised millions of dollars more in incoming donations for his bid to become Mississippi governor than his closest challenger, Bill Waller Jr. Wealthy donors and corporate PACs, including those who oppose Medicaid expansion to insure more Mississippians, have helped him raise more than $5 million so far this year.

The Mississippi Medical Political Action Committee donated $20,000 to Reeves, who is the only candidate in the governor's race who does not support some form of Medicaid expansion, which could bring health-care access to around 300,000 Mississippians. The PAC's website shows that it is made up of "physicians from across the Mississippi and their spouses." The MMPAC touts the mission of its "I.V. League" of donors of actively supporting "pro-medicine candidates and public policy to "advance physician-friendly and patient-driven legislation." The PAC has endorsed anti-expansion candidates in the past, including Reeves and current Mississippi Gov. Phil Bryant.

The MMPAC is the political arm of the Mississippi State Medical Association, which endorsed Reeves in mid-July, but said in 2013 that it does not take an official position on Medicaid expansion. "[W]e must protect the significant clout we have at the Legislature by not taking a position on the #1 medical issue in the country, because if we take a position, we will no longer have any clout," Lucius "Luke" Lampton, a Magnolia physician, wrote in the association journal.

The association was a strong proponent of "tort reform" in earlier years, focusing on limiting citizens' lawsuits against doctors and the amount of damages possible. The tort-reform issue emerged in the last legislative session with Brandon Rep. Mark Baker, a Republican candidate for attorney general, pushing for "landowners' tort reform," which ultimately succeeded.

Tort reform, also called Medical malpractice reform," emerged as a political wedge issue in the state and nationally in the last two decades, with conservatives often arguing that freeloaders and trial lawyers were trying to bilk the system with lawsuits against corporations and doctors, even as both groups donated heavily to limit the ability to sue them and the amounts of payouts in successful actions. In Mississippi and helped by "jackpot justice" media coverage, the issue likely helped solidify Republican control of most state government, including both houses of the Mississippi Legislature, by limited campaign donations to Democrats, former political operatives Jere Nash and Andy Taggart wrote in their 2009 book, "Mississippi Politics: The Struggle for Power 1976-2006." Nash is a Democrat, and Taggart is a Republican who is now running for attorney general in Tuesday's Republican primary. 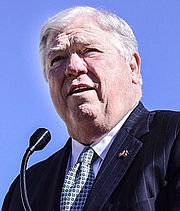 Reeves' closest opponent in the Republican primary, former Mississippi Supreme Court Chief Justice Bill Waller Jr., has raised $1.2 million so far this year; he has spent $1.1 million. He had $117,501 on hand heading into Tuesday's primary election. The other Republican in the race, Mississippi House Rep. Robert Foster, lags far behind. He has raised just $179,401 so far this year.

Both Waller and Foster received donations from Friends of Mississippi Hospitals PAC, thanks to their support for a plan to expand Medicaid in the state, which Reeves opposes.Hospital executives hope that expanding Medicaid access to 300,000 more Mississippians will help keep struggling rural hospitals afloat. The PAC donated $50,000 to Waller and $10,000 to Foster.

From Banks to Brett Favre

Deanna L. Favre, the wife of famed NFL player Brett Favre, also donated $2,500 to Reeves. The couple lives in Hattiesburg, the home of the University of Southern Mississippi. Its president, Rodney Bennett, donated $1,000 to Reeves.

Both the National Rifle Association and the Koch-founded Americans for Prosperity have endorsed Reeves in the race. On the same day as a mass shooting at a Southaven, Miss., Walmart, and days before ones in Texas and Ohio, Reeves tweeted his support for the NRA and attacks of those who challenge it: "Radical Democrats hyperventilating about the NRA shows exactly why they're so vital to protecting our 2nd Amendmenr rights. (sic) I'm PROUD to have their endorsement."

Reeves has spent $5.7 million so far this year but still has $5 million in cash on hand, thanks to transfers from his PAC, which has been raising and storing up money for years.

The only candidate to raise significant funds in the Democratic primary for governor is Mississippi Attorney General Jim Hood, who has raised $1.6 million this year so far, and spent $1.1 million. He has $1.5 million cash on hand.

The United Association of Plumbers and Pipefitters, a Maryland-based PAC, donated $100,000 to Hood.

Voters will choose party nominees in the race for secretary of state on Aug. 6. Anyone who registered by July 8 is eligible to vote, and people can vote in either the Democratic or Republican Party primary.

Democratic and Republican candidates in other races face off that day, too, including candidates in the races for lieutenant governor, attorney general, treasurer, Mississippi House and Senate seats, and more. Those races could go to a runoff on Aug. 27 if there are more than two candidates and none wins more than 50% of the vote.

After voters decide, nominees from both parties will face off in the general election on Nov. 5.

Mississippians must register at least a month before an election in order to be eligible to vote and must show an accepted form of photo ID at the voting booth, a list of which is available on the Secretary of State website. County circuit clerks across the state offer all residents free photo IDs that they can use to vote.