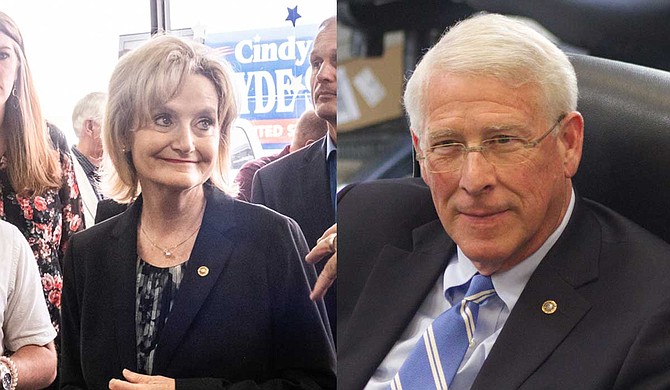 Mississippi's two U.S. senators, Republicans Roger Wicker and Cindy Hyde-Smith, are asking the U.S. Supreme Court to consider overturning its 1973 Roe v. Wade ruling, which legalized abortion nationwide. The lawmakers took that stand in an amicus brief that they filed alongside 37 other U.S. senators and 166 U.S. House members on Jan. 2, hoping the nation's high court will consider their arguments when it hears a key abortion case in early March.

"The anti-choice movement is no longer trying to hide their real agenda," Ilyse Hogue, the president of NARAL Pro-Choice America, said in a statement on Jan. 2. "They are gunning to end Roe, criminalize abortion and punish women. If it wasn't clear why we fought like hell to stop Brett Kavanaugh's confirmation (to the U.S. Supreme Court) before, it should be crystal clear now."

In the briefing, known as an amicus curie or "friend of the court" brief, the lawmakers wrote that the court should consider whether Roe and another U.S. Supreme Court case that upheld abortion rights, 1992's Planned Parenthood v. Casey, "should be reconsidered, and, if appropriate, overruled."

'Time to Start Testing the Limits of Roe'

Conservative Louisiana legislators designed that law, which requires abortion providers to get difficult-to-obtain admitting privileges at a local hospital, with the goal of shutting down most if not all of that state's three remaining abortion clinics by making it practically impossible for them to continue to operate. The Mississippi Legislature passed a similar law in 2012 that federal courts struck down as unconstitutional.

In December, a conservative-leaning three-judge panel at the 5th U.S. Circuit Court of Appeals, though, upheld Louisiana's admitting privileges law, which plaintiffs promptly appealed to the nation's highest court.

Kennedy was the key swing vote to uphold Roe v. Wade by a 5-to-4 vote in the 1992 Planned Parenthood v. Casey decision.

After Mississippi passed a "heartbeat" law last spring that bans abortions after a heartbeat becomes detectable, or around six weeks, Mississippi House Rep. Joey Fillingane, R-Sumrall, told the Jackson Free Press that part of the recent raft of anti-abortion legislation is to get a case to the Supreme Court.

"With a fifth conservative taking the seat of Justice Kennedy, who was considered a moderate on the court, I think a lot of people thought, finally, we have five conservative justices and so now would be a good time to start testing the limits of Roe," Fillingane said at the time.

'We Are Going to Fight'

In the past, federal courts have struck down laws requiring women seeking abortion care to undergo invasive transvaginal ultrasounds. In early December, though, the U.S. Supreme Court allowed an appeals court's ruling to stand, and after that courts upheld a Kentucky transvaginal ultrasound law. The Kentucky law, now in effect, requires doctors to vaginally probe women to conduct the ultrasound, play the sound of the fetal heartbeat and describe images of the fetus in detail.

The fight over abortion rights is taking place on other fronts, too. Last month, Hyde-Smith joined other Republicans who are prioritizing legisation designed to restrict access to federally approved abortion medication when she introduced the so-called SAVE Act bill, which stands for Support and Value Expectant (SAVE) Moms and Babies.

While the Louisiana case looms, Mississippi is separately fighting to defend both its 2018 15-week ban on abortions and its 2019 heartbeat law. The State is asking the 5th Circuit to reconsider its ruling last month, which struck down the law as unconstitutional. If not, Mississippi Republicans are vowing to take the case to the Supreme Court.

The 5th Circuit has scheduled a hearing on the six-week ban for next month.

Shannon Brewer, the director of Mississippi's only abortion clinic, the Jackson Women's Health Organization, told the Jackson Free Press last year that she is worried about the future of abortion rights.