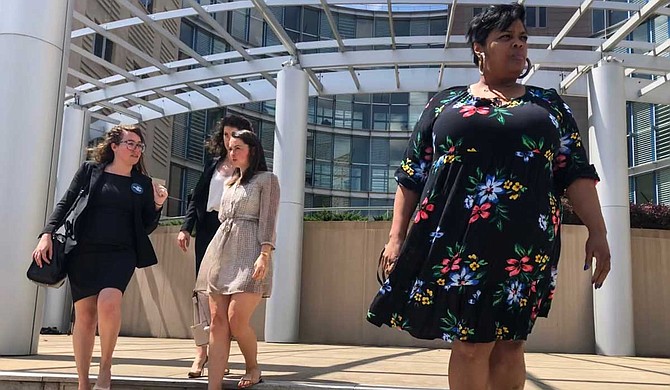 JACKSON, Miss.—U.S. District Court Judge Carlton Reeves did not rule on whether or not he will block Mississippi's six-week abortion ban in federal court today. He said he will issue a ruling at a later date on whether to block it from taking effect.

The Center for Reproductive Rights filed the lawsuit on behalf of Mississippi's only abortion clinic, the Jackson Women's Health Organization, or JWHO. Their attorneys argued that the ban is unconstitutional because it violates the 1973 Roe v. Wade U.S. Supreme Court ruling, which declared abortion a constitutional right and explicitly protected the right to an abortion procedure before the point of viability. At six weeks, or when a fetal heartbeat first becomes detectable, most women do not know they are pregnant.

Last year, Reeves shut down another abortion ban in the state, which banned the procedure after 15 weeks. The State of Mississippi appealed it to the 5th U.S. Circuit Court of Appeals in New Orleans. Reeves pointed out that a six-week ban would meet a similar fate.

"It sure smacks of defiance to this court," Reeves said, referring to the Legislature's decision to pass and Bryant's decision to sign the "heartbeat bill" into law in March.

Shannon Brewer, the director of the state's abortion clinic, told the Jackson Free Press after the hearing that she is concerned that anti-abortion groups may use this case or cases in other states to overturn Roe v. Wade.

Mississippi's law contains no exceptions for rape or incest. The only exception is in cases where a woman's life is in danger.

In 2011, Mississippi voters decisively defeated a Personhood initiative to ban abortion and several forms of birth control in the state. Gov. Phil Bryant was chairman of that campaign in the state.

This is a developing story; watch for updates.