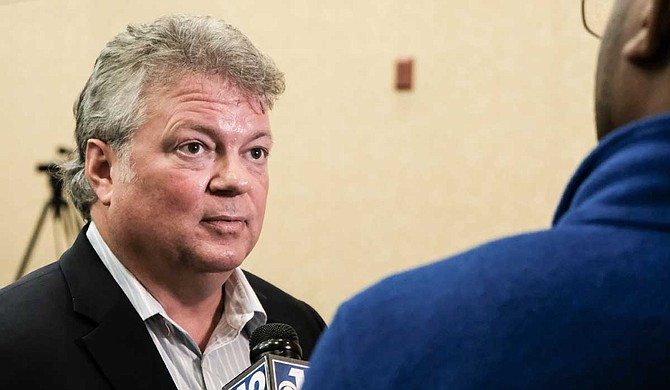 "Tomorrow, I will file the state's appeal in support of the fetal heartbeat bill with the 5th Circuit Court of Appeals," Hood said in a June 20 press release. "Not only do I have a statutory duty to defend the laws passed by our Legislature, but the 5th Circuit has not yet ruled on this issue."

Doctors can detect fetal heartbeats at about six-weeks gestation, which is before most women know they are pregnant. On May 24, Reeves ruled the law unconstitutional, citing the U.S. Supreme Court's 1973 Roe v. Wade ruling which declared abortion a federally protected right.

Mississippi Gov. Phil Bryant signed the ban into law in March. Had Reeves not blocked it, it would have gone into effect on July 1.

Hood, who is running as a Democratic candidate for governor this year, has not taken a position on the six-week ban as a candidate, but has said he considers himself "pro-life."

Already, he is set to defend a separate law banning abortion after 15 weeks at the 5th Circuit that the Legislature passed last year. Reeves struck down that law last November. When he heard arguments over the six-week ban in May, he said that it "sure smacks of defiance of this court" that the Legislature followed up with an even stricter abortion law.

Shannon Brewer, the director of the state's only abortion clinic, told the Jackson Free Press after the hearing in May that she is concerned that anti-abortion groups may use this case or cases in other states to overturn Roe v. Wade. "We know this is going on in multiple states, so of course we are worried, but of course we are going to fight whatever they try to put out there," she said.

Mississippi's heartbeat law contains no exceptions for rape or incest. The only exception is in cases where a woman's life is in danger.

During 2019, a handful of conservative states, including Alabama and Louisiana, have also passed similarly restrictive abortion laws. Now that President Donald Trump has two conservative justices on the U.S. Supreme Court, abortion opponents hope to trigger a case that could make it to that highest court and overturn Roe v. Wade and, with it, federal abortion rights.

In 2011, Mississippi voters decisively defeated a Personhood initiative to ban abortion and several forms of birth control in the state. Gov. Phil Bryant was chairman of that campaign in the state.