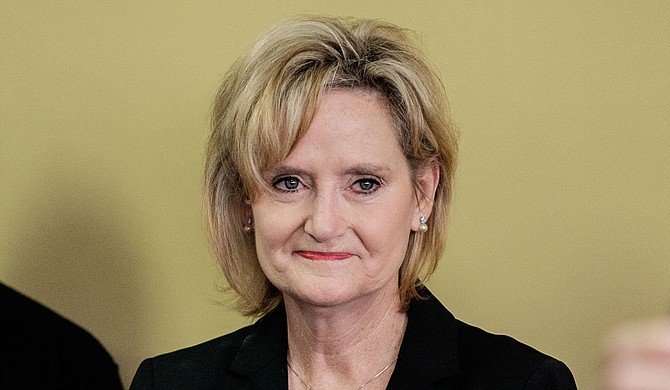 The Republican senator, who through a 2018 gubernatorial appointment became the first woman in Mississippi to serve in either house of Congress, announced the Support and Value Expectant (SAVE) Moms and Babies Act to the upper chamber along with U.S. Sen. Tom Cotton of Arkansas on Dec. 17. Mississippi's other U.S. senator, Roger Wicker, joined several other Republicans who signed on as co-sponsors.

The bill is designed to prevent the FDA from lifting regulations that would make medication abortion more accessible, potentially through telemedicine providers or over-the-counter without a perscription.

"Although abortion rates are declining nationwide, rates of chemical abortion are increasing dramatically. Increased use of abortion pills may give the impression that these procedures are safe, when in fact they are quite dangerous," Hyde-Smith said in a Dec. 17 press release. "Making chemical abortion pills more broadly available without proper medical oversight would endanger the lives of women."

In his own press statement, Cotton claimed that "the abortion pill can do serious harm to pregnant women, and making it more available would be deadly."

Despite his and Hyde-Smith's claims, though, the National Academies of Sciences, Engineering, and Medicine found in a 2018 report on the four types of abortion procedures that "serious complications from abortion are rare regardless of the method, and safety and quality are enhanced when the abortion is performed as early in pregnancy as possible."

Medication abortions like the ones Hyde-Smith and Cotton's bill targets are performed early in a pregnancy, up until 10 weeks gestation, and involve taking two pills: mifepristone, which is the only drug the FDA approves specifically for abortion use, and misoprostol. The new Senate bill would prevent the FDA from approving any additional drugs for abortion use.

In 17 states, including Mississippi, abortion laws require a physician to be present for medication abortions and for the facility performing the procedure to include be equipped like an ambulatory surgery center or hospital.

The National Academies' 2018 report, though, found "no evidence that these practices improve safety or quality of care."

In October, U.S. House Rep. Robert Latta, an Ohio Republican, separately introduced the Teleabortion Prevention Act of 2019, which would make it a criminal federal offense for any health-care provider to provide pills "without being physically present a the location of the chemical abortion."

Like Hyde-Smith's bill, Latta's bill uses the term "chemical abortion" instead of "medication abortion." Last month, Nimra Chowdhry, the state legislative counsel for the Center for Reproductive Rights, told Rewire News that such usage is no accident.

"The use of the term 'chemical' as opposed to 'medication' is meant to spread the lie that medication abortion procedures are not medical in nature," Chowdhry said.

Anti-abortion organizations like the Family Research Council, National Right to Life and others also use the term in their literature.

Hyde-Smith's press release quotes the leaders of one of those groups, Susan B. Anthony List President Marjorie Dannenfelser, praising the senator and her recent bill.

"We are grateful to Senator Hyde-Smith for championing legislation to fight the reckless expansion of chemical abortion. ... On the heels of an abandoned study designed to discredit pro-life abortion pill reversal, which only proved the serious and potentially deadly risks inherent to abortion pills, the need for this bill could not be more pressing," Dannenfelser said.

Hyde-Smith is up for re-election in 2020. Her 2018 rival, former U.S. Agriculture Secretary Mike Espy, is running for the Democratic nomination to challenge her once again. He shared his views on abortion rights in a 2018 interview with the Jackson Free Press.

"I'll say it this way: I'm anti-abortion, but I'm pro-choice," Espy said. "My daughter has one child, my only grandson. I've got three grandchildren, but only one grandson. She's my only daughter. I'm glad she had the baby. But if there was an issue at the time, and she had called me for counseling, I would have counseled her to have the baby. But at the same time, it's her choice not to. That's her legal choice."

While Republicans currently control the U.S. Senate, Hyde-Smith's law would face near-certain defeat in the U.S. House, where Democrats hold a sizable margin, if it made it there. Abortion-rights groups, though, view proposals like Latta and Hyde-Smith's as part of a concerted effort to publicly stigmatize medication abortion so that laws restricting them will become more politically more viable in the future.

In November, the Center for Reproductive Rights announced a lawsuit challenging two Oklahoma laws that restrict access to medication abortions, including a state ban on telemedicine providers of medication abortions and a "physician-only" law that bans advanced practice registered nurses from administering the pills.

Julie Burkhart, the founder and CEO of Trust Women, said last month that telemedicine abortions make it easier for women to access abortion sooner by reducing "some of the barriers" women face when accessing abortion in red states like Oklahoma.

"It is a critical component of health care delivery. Telemedicine would increase the available days that qualified practitioners are able to provide abortion care. It will certainly decrease the wait time for our patients," Burkhart said in the Center for Reproductive Rights' press release on Nov. 8.

In October, a federal judge also blocked an Oklahoma law that requires physicians to tell women that medication abortions are "reversible," a claim Dannenfelser seemed to reference in Hyde-Smith's press statement.

The Center for Reproductive Rights filed the suit against that law, too, arguing that it requires physicians to "lie" to their patients.

"When patients walk through the doors of our clinic, they deserve to be told truthful and non-misleading information about whatever treatment they're receiving, whether it's a prescription for birth control or a medication abortion," Alan Braid, the owner of Tulsa Women's Reproductive Clinic, said in an Oct. 23 press release, adding that the ruling "protects our ability to speak honestly with our patients and protects the trust our patients put in us."

Hyde-Smith's bill comes at a time when her home state is fighting in federal court to defend several abortion restrictions laws, including a 15-week ban that the Legislature passed in 2018 and a 2019 law that bans abortions once a fetal heartbeat becomes detectable, which is typically around six weeks gestation.

Earlier this year, one Republican legislator, Mississippi House Rep. Joey Fillingane of Sumrall, told the Jackson Free Press that he hopes the challenges to Mississippi's abortion laws could set up a "test case" at the U.S. Supreme Court that could lead to the overturn of Roe v. Wade—the high court's 1973 precedent that struck down state abortion bans nationwide.

In mid-October, anti-abortion activists announced a challenge to Jackson's new abortion clinic buffer zone law, which is designed to avoid conflict by keeping protesters from demonstrating too close to patients or the clinic itself.

Over the years, the Jackson Police Department has responded to hundreds of calls over protester-related disturbances outside the Jackson Women's Health Organization, the only abortion clinic in Mississippi. Anti-abortion activists claim the ordinance violates their free-speech rights.

When the Jackson City Council was debating the ordinance in September, the clinic's director, Shannon Brewer, described an atmosphere of chaos, danger and violence, with children sleeping on sidewalks while their parents march up and down the street, sometimes using bullhorns to shout things like "Murderer!" at women as they enter JWHO.

"It is chaotic, it is a dangerous situation, and there is a regular potential for violence," JWHO Director Shannon Brewer told the council at a special meeting. "It is not sustainable."