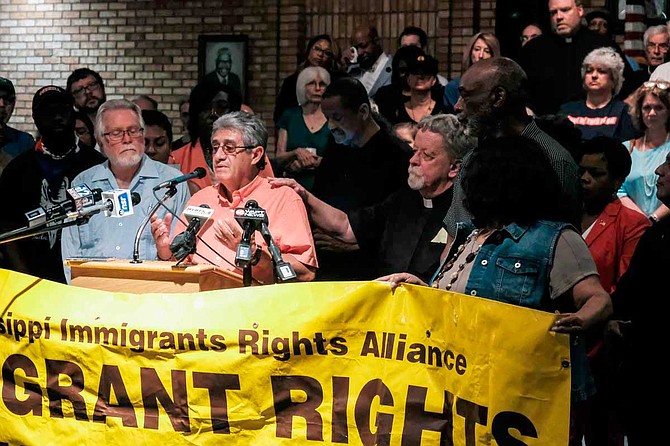 At a press conference on Aug. 8, Father Jeremy Tobin, a Catholic priest, puts his hand on the shoulder of Mississippi Immigrants Rights Alliance organizer Luis Espinoza, who has been working with immigrant families affected by the Aug. 7 ICE raids in Mississippi. Photo by Ashton Pittman

JACKSON, Miss.—Both parents are now jobless in some immigrant families in Mississippi after U.S. Immigration and Customs Enforcement agents raided six worksites across the state on Wednesday, detaining nearly 700 people who ICE claims are undocumented.

Mississippi Immigrants Rights Alliance organizer Luis Espinoza told the Jackson Free Press on Thursday that he had spent the past two days working with the families. In some cases, both a mother and a father worked at the same food processing plant, but on alternating shifts so one could stay home and care for the child while the other worked.

"In most of the cases now, the father was working and has been detained," said Espinoza, who has been working with families in Canton just north of the capital city, one of the cities ICE targeted for raids. 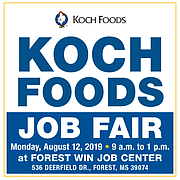 The Mississippi Department of Employment Security tweeted an ad for a Aug. 12 Koch Foods job fair the day after ICE raided two of its plants in Mississippi.

“These actions to rip apart hardworking families will do nothing to make our country safer and will only create more fear and division in our communities," ICFW wrote in a statement Wednesday. "The people who do these incredibly difficult jobs have the right to due process and must be treated with respect and fairness.

“Our top priority right now is to provide whatever assistance and counsel we can to any of our impacted members and their families. Workers across this country are too scared to stand up for their rights and to report wage theft, dangerous work conditions, and other workplace issues. We must act now to end this dangerous climate of fear.

U.S. Attorney Mike Hurst, who fronted the ICE operation to media, said ICE released 300 workers Thursday, including many parents who were swept up in the raids.

"But even if they have been released, they cannot go back to work because the plant is going to say, 'No. We don't want any problems anymore,'" Espinoza said.

In fact, Koch Foods is holding a job fair Monday, Aug. 12, within days of ICE raiding its plants in Pelahatchie and Morton, Mississippi, a tweet from the Mississippi Department of Employment Security promoted Thursday, the day after the raids.

Even if they could, the parents who were not at work at the time of the raids are afraid of going back to work. Not all parents were released, and if another raid happened at the facility, or another workplace, it could leave the children with neither parent.

For those families, though, even if a parent has been released, they suddenly have no income, leaving them with no way to pay rent, buy groceries or get medicines.

"Right now, the community (members) are helping each other," Espinoza said, explaining that MIRA is working with churches and other organizations in the targeted cities to help get food and other resources to the distressed families.

MIRA is also working to help the families understand their rights, Espinoza said, in case someone comes to their door asking about their immigration status or if they are caught up in another raid.

Released detainees will have to wear ankle monitors. They will also need attorneys to help them fight their immigration cases. The federal government is aiming to deport as many undocumented immigrants as possible.

Espinoza shared that information with the Jackson Free Press after a press conference near the NAACP headquarters in Jackson on Thursday.

Jason Coker, a representative from the Cooperative Baptist Fellowship of Mississippi, condemned the raids at the press conference. He said his group will be working to help the families with the resources they need.

"We're supposed to take care of the most vulnerable in our society. And as people of faith, that's exactly what we're going to do. And (for) any law of any country or any state that contradicts our love commandments, we consider those unjust and incompatible with the love of God," he said.

U.S. Attorney in Mississippi: 'We're Coming After You' 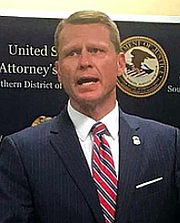 "The love of God is not what happened yesterday. What happened in these raids devastated hard-working families that are trying to do their best. And now we have 680 families with no income and no way to get income, and they're stranded with nothing. What are their children going to eat? What recourse do they have for anything better?"

He could not understand how any leader in the state would think the raids were a good thing, he said. Mississippi Lt. Gov. Tate Reeves, who has a runoff in the Republican race for governor on Aug. 27, praised the raids this week, as did current Gov. Phil Bryant.

"The United States of America and the state of Mississippi has perpetrated a great injustice, and for this immoral and inhumane behavior, I pray for our souls," Coker said. "Leave these people alone. Help them instead of hurt them. Treat them the way that you would want to be treated if you were a foreigner in a strange land."

At the rally, other religious leaders and MIRA organizers also lamented the raids, which were the largest single-day worksite raids in one state in U.S. history. Speakers struggled to describe the horror they felt, evoking some of the darkest parts of the 20th century for reference.

"ICE reminds me of the Gestapo, and I'm old enough to remember the Gestapo," said Jeremy Tobin, a Catholic priest.

The Gestapo refers to the secret police of Nazi Germany, who worked up to round up Jews and political opponents of the state during the Holocaust.

On social media, some supporters of immigrants have been sharing a passage from "The Diary of Anne Frank." Frank was a young Jewish girl whose family hid out during the Holocaust before the Gestapo finally captured them in 1944 and sent them to their deaths at concentration camps.

"Terrible things are happening outside ... Families are torn apart; men, women and children are separated," 13-year-old Frank wrote in her diary in January 1943. "Children come home from school to find that their parents have disappeared."

Former Mississippi House Rep. Jim Evans, who helped co-found MIRA, asked listeners to focus on the trauma children experienced on their first day of school, when they learned their parents would not pick them up because ICE had arrested them.

"Our fellow citizens, 6 years old, 5 years old, 11 years old, they left to go to school yesterday excited about education, and terror hit them while they were gone," he said.

Evans called the policies of the Trump administration "evil." ICE carried out the raids in coordination with Hurst, the U.S. Attorney for the Southern District of Mississippi whom Trump appointed in 2017.

"How do we, (in) months and years and maybe (a) lifetime, excite them about wanting an education, (when that) was damaged by an evil, as evil of some of the Klansman—as evil as Edgar Ray Killen and Sam Bowers. This is the evil that dwells in the White House today," he said.

Evans had another historical figure from the Civil Rights Era in mind to unfavorably compare Trump to, though: segregationist Alabama Gov. George Wallace, who inflicted a reign of terror on African Americans in his state during the civil rights Era.

"I never thought I would say this, but George Wallace was probably a better man," Evans said.

He ran on a strictly segregationist platform as an independent candidate in the 1968 U.S. presidential race but won only a handful of states in the Deep South, including Mississippi and Alabama, and helped elect Republican candidates in other states, such as Ronald Reagan in California, as historian Stephanie Rolph of Jackson's Millsaps College wrote in "Resisting Equality: The Citizens' Council, 1954-1989." Later in life, Wallace claimed a change of heart on civil rights.

Information on how to help families affected by the raids is available here.