EDITOR'S NOTE: None of Us Is Safe from Hate | Jackson Free Press | Jackson, MS

EDITOR'S NOTE: None of Us Is Safe from Hate 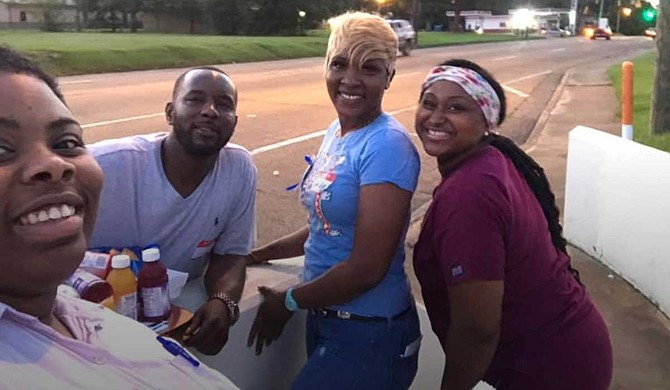 Two nights before two gunmen opened fire on strangers in Texas and Ohio, I had the most divine and hopeful experience at Walton Elementary School in Jackson.

About 40 of us gathered in the gym for the Mississippi Youth Media Project's fourth crime forum. We were honoring the late Cedric Willis, a man who went to prison for 12 years for a murder he didn't commit, and was only out 13 years before being murdered recently on a Jackson street near his home. Cedric often spoke to YMP students. He challenged the teenagers to think and care, and they adored him.

My heart warmed at participation by Cedric's "little sister Alana" and his cousin Ryan—both kids when police arrested him for a murder he didn't commit—as well as his delightful fiancee Josalyn. They split into three of the four circles to discuss causes and solutions for violence, then participated in the taped action-pledge at the end. Then Ryan helped pack everything back into my car.

Everyone, from teenagers to seniors, fully engaged to find solutions, from Rukia Lumumba to "credible messengers" Terun Moore and Benny Ivey, to a white teacher from Fondren, to elected officials who refrained from campaigning. The connection-building and ideas were electrifying. As good fellowship always is, it was fun.

I've thought about that night, and its lessons, after a week of mass shootings. Stereotyping faceless groups is the lifeblood of white and male supremacy, and especially both together. It's easy to slam those who slam refugees for trying to "invade" our country, as our president does regularly, and even claim they're just here as Democratic "plants" to "replace" white Americans and Republicans, as FOX News hosts and white supremacists spew. It's a cheap way to feel better than someone because you didn't grow up with opportunities limited by racism or violence.

But it's also hell on earth to find your self-esteem through hate and bigotry, no matter who you are. If you get to know people individually, you learn instead that parents go to Walmart on the border to buy school supplies, or flee violence to the U.S. (which is legal), rather than some vast conspiracy to suck away your white power. Then you hear that both parents died saving their baby, and suddenly the humanity pierces your heart, or should.

Long-time media habits contribute to this division. As linguist Deborah Tannen warned years ago, media often stoke division, using either-or conflict to drum up ratings, addicted readers and now cheap clicks. Despite research showing the harm of "horserace reporting," we get election headlines filled with "battle" and talk of the "other side." It's "red" or "blue," which NBC seems to have started in 1976.

We hear about polls, "money races" and reporters' predictions on who'll win the "race," instead of human concerns that transcend party. Then we're surprised and pained when we wake up with a president or governor who stoked that division on behalf of gun and health-care industries, using wedge issues like a chisel to partition us.

It's up to each of us to make a kinder world happen. We must meet people as human beings where they are and listen. We can choose to leave our comfort zones and stop just screeching online (even about bigotry); we can feel their pain and share ours. We reject media that try to "both sides" white supremacy or normalize bigotry.

We need to form radical coalitions and pull up a bunch of chairs somewhere and talk, listen and brainstorm ideas. We must do the hard work of racial healing in America now to help future generations. We can study what racism and supremacy are (part of white people's culture, for starters, and often unintentional out of ignorance), and then name it. Doing that is an act of love and hope for someone mired in it—although I've spoken up and then walked out of enough racist rooms to know it's heart-wrenching to confront loved ones.

People deserve the chance to reach a more loving higher ground, to transcend the distrust of "the other" and stop living in a finger-pointing, either-or world of feigned superiority that benefits corporate bottom lines (including media) and nearly no one else. It takes difficult conversations to get us to the other side instead of backsliding into the Mississippi, and U.S., of yesteryear.

I've known folks to change their views simply by reading Mississippi's Declaration of Secession and learning that, yes, the Civil War was about maintaining slavery, and realizing racist relatives lied to them. They can then seek to understand effects of structural and systemic racism on ongoing inequities and problems including crime and poverty that end up costing us all dearly. Information is radical, and we all need the courage to share it.

Clearly, I'm talking mostly to white people here. We must do the lion's share of the work because our culture is built around us. Privilege is not just about having more wealth and opportunity—which are unevenly distributed even among white Americans—but about ignoring that we still get passes others don't. I've gotten passes all my life, even if an illiterate single mother raised me, and as a woman who has often experienced sexism and even sexual assault. Whiteness makes it better than it could be.

Just start. Just do something different and loving. Reach out and have a meal with someone you normally wouldn't. Attend or host a conversation to talk about ideas that don't just serve your self-interest. Show love inside and outside your own family in every way you can, which attracts more love.

Speak up to bigotry and stereotypes of groups. As Dr. Susan Glisson told me for a Guardian article about white Mississippians rejecting racism, it's not up to black (or brown) people to solve it. Those of us who grew up supposedly benefitting from it in one way or the other must do the work. I say "supposedly" because oppression is also a curse on the oppressor, and our nation right now proves it. None of us is safe from hate.

Each of us must use our gifts to heal our city, our state and our nation. We are kicking off our #MSCitizensAgenda to better understand challenges facing Mississippians through public gatherings, social media and deeper reporting. Each of us can commit to at least one healing action as each did last week at Walton Elementary. If you want to be involved in our gatherings, either on crime or the new citizens' agenda, let me know.

Along the way, remember that Mississippi civil-rights hero Medgar Evers' wife Myrlie asked him once, "Why you?" He answered simply, "If not me, who?"