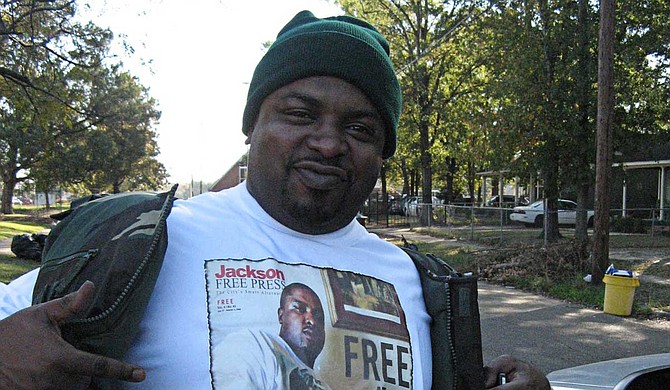 Cedric Willis spent a lot of time visiting students in the Mississippi Youth Media Project. Here he does a podcast interview with a group of students. Photo courtesy Innocence Project New Orleans 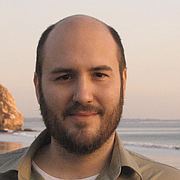 In 2006, then Jackson Free Press managing editor Brian Johnson wrote a long-form feature about how Cedric Willis ended up in prison for 12 years for a murder he did not commit. Now, Johnson writes about a man taken far too soon 13 years after he was freed.

Cedric Willis was surely the kindest man who was ever sent to prison. He was one of those men who is naturally gentle, a man you would trust with your kids and never worry. One of the tragedies of how we failed him is that he was taken from his son when the boy was only an "arm baby," as Cedric told me in 2006. Now Cedric has been taken again.

Why do I say that "we" failed him? Cedric lived on Vardaman, a street still named for one of the most racist governors in Mississippi's history, though everyone who lives there now is black. He was arrested for crimes he clearly did not commit. I do not mean that it is clear now that he did not commit those crimes. It was clear even then. His DNA did not match the rapist/murderer. The police lineup was worse than useless. But neither the police nor prosecutor Bobby DeLaughter cared. They wanted a prosecution, and it clearly did not matter that they were sending the wrong man to prison.

We know that the detective who arrested him had a personal dispute with the family. We know now that Ed Peters was corrupt. He was eventually disbarred, but he should have been sent to prison, as Cedric was. Bobby DeLaughter was disbarred in 2008 and, in 2009, sentenced to 18 months for his involvement in Peters' bribery plot—15 years after Cedric was locked up. The media and the 2006 film, "Ghosts of Mississippi," depicted Delaughter (and Peters by extension) as heroes for pursuing belated justice for Medgar Evers' murder in a 1994 trial the same year Cedric, a young black man the system didn't care about, went to prison.

Then there was Chris Epps, who oversaw the corrections system. He was sentenced to nearly 20 years for taking bribes. How many Mississippi lawyers have been taken down with him?

When there is so much corruption in our "justice" system, it cannot provide justice. We in Mississippi can sometimes become so cynical about corruption that we ignore it. But there are real victims, victims like Cedric.

Parchman Prison, where Cedric spent years in solitary confinement, should be an outrage on our conscience. It is a slave plantation in all but name. Prisoners are left to swelter in the summer heat, teetering on the edge of heat stroke, and to freeze in the winter. Mosquitoes are everywhere. Violence is constant. The prison has been entangled in federal lawsuits for years.

Even worse are the private prisons. Cedric spent the last years of his incarceration at Walnut Grove, which was shut down for being so violent. In fact, research shows plainly that private prisons are unsafe for guards and prisoners alike. Guards typically get one month of training and start at about $12 an hour. Violent gangs essentially run private prisons, because it is the only way to maintain some semblance of order when guards are insufficient and incompetent. Does anyone care?

It takes a lot of trust for a man to give a reporter the intimate details of his life. I interviewed Cedric six times before I even began to write. Then I returned several more times to ask after what surely seemed like trivial details, such as what his living room furniture looked like, and what kind of shoes he was wearing when he was arrested. I needed these details to bring his story to life, to make people feel at least some small part of what he experienced. But Cedric never lost patience with me, and I know he was happy with the final result. He used that story to lobby the Legislature to provide restitution to those wrongfully convicted. Helping him with that effort is one of the better things I have done in my life.

I fear that we will never know who or why, in part because of the code against snitching. I understand why some people find it hard to trust the police. But if ever a man deserved your courage and honesty, it is Cedric. Do not let his murder go unsolved.

After Cedric was released, he did all he could to make his community a better place. He helped other exonerated prisoners adjust to life on the outside. He told his story to students and encouraged them to fight for justice.

He had his worries. He was afraid that the police would invent some crime to put him back in prison. They had done it so easily the first time, with no one held accountable even after their work unraveled. Whoever did commit the crimes for which Cedric was wrongfully convicted was never caught. No doubt he committed many other crimes. Do the police care?

Whenever Cedric heard a police siren, he ran to friends to be sure he had witnesses. I never heard him worry about violence. But after just 13 years of freedom, his life was taken from him again, this time with no remedy.

We cannot seem to make our city safe, despite the best efforts of many well-intentioned people. And so Cedric's son is once again left without a father, and Cedric's mother—who never lost faith in him, through so many terrible years—has once again had her son taken from her.

We are left to rage that one of our best men lost his life at only 44 years of age. I cannot accept it. I will not. I am angry at the injustice and the senseless waste. But I am angriest at the indifference so many in Mississippi show to our broken justice system, to our broken political system. I need you to care. I need you to be angry along with me. I need you to speak out and fight for real change.

Cedric Willis' funeral is Saturday, July 6, at New Horizon Church in South Jackson. Brian Johnson is the former managing editor of the Jackson Free Press and part of the original reporting team, along with Donna Ladd and Adam Lynch, that led to Mayor Frank Melton going on trial multiple times. Here is one of his Melton stories that the Memphis Flyer picked up as a cover story.