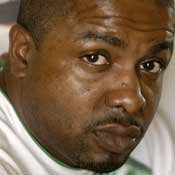 After 17 years, Cedric Willis may get some measure of compensation from the city of Jackson for a wrongful conviction that cost him 12 years of his life. In 1994, Jackson police arrested Willis, then 19, for murder, rape, armed robbery and aggravated assault. Hinds County Circuit Court Judge Tomie Green exonerated him of all charges in 2006. Willis did not commit the crimes for which he was imprisoned.

At the time of his release, Willis received no compensation for the 12 years he spent in prison--three years awaiting trail and nine at Parchman Penitentiary. He left prison penniless, jobless, uneducated and untrained, all through no fault of his own. In 2007, he sued the city of Jackson and the Jackson Police Department for malicious prosecution, asking for $36 million in damages. Last week, the Jackson City Council agreed in executive session to offer a settlement to Willis, City Attorney Pieter Teeuwissen confirmed Friday.

"The just and proper thing to do was to offer some settlement," he said. Teeuwissen, who would not confirm the offer amount, added that no state case law yet exists to guide his advice to the council; however, similar federal claims have been decided in favor of the prosecution. "Having said that, I think everyone would like to see some sort of restitution" for Willis, he said.

Teeuwissen also said he is hesitant to set a precedent for civil liability given his fiduciary responsibility to the citizens of Jackson. "It's not an easy situation to deal with," he said.

Reached in New Orleans July 28, Willis' attorney, Robert McDuff, said he could not comment. The attorneys had not spoken by Friday afternoon, Teeuwissen said.

"I need to get this over with and go forward with my life," Willis said. "As far as dealing with the courts, I'm ready to get that out of my life."

In his suit against the city, Willis accuses Gerald Jones (a JPD sergeant in '94, and recently named Jackson Public Schools security director) of fabricating information regarding a confidential informant who supposedly tagged Willis for the murder of Carl White Jr., during the armed robbery of White, his wife, Gloria, and daughter, Jamilla. The same informant supposedly fingered Willis for an earlier armed robbery of a couple near Queen Eleanor Lane, where the perpetrator shot the husband in the leg and brutally raped the wife.

Willis' suit also accuses Jones--along with former JPD officers Ned Garner, Jim Jones and Joe Wade--of ignoring witness statements that the perpetrator was about 160 to 165 pounds (Willis weighed 230 pounds). Police could not tie Willis to the perpetrator's car because he did not own one at the time.

Ballistic evidence proved the perpetrator used the same .45-caliber automatic weapon for both crimes; however, DNA testing proved Willis was not the rapist--twice. Instead of rethinking the arrest and indictment, then-Hinds County prosecutors Ed Peters and Bobby DeLaughter convinced the trial judge, Breland Hilburn, to disallow the DNA evidence and witness testimony in support of Willis' innocence.

Two hours before Willis supposedly robbed the first couple and raped the woman, he was with his then-girlfriend, Tiffany, when she gave birth to his son, C.J.

Peters and DeLaughter quietly dropped the rape and armed robbery charges (the jury never heard this information) and gained conviction of the wrong man. As county prosecutors, however, both have immunity from prosecution in the Willis case.

Willis found work after his release through his family and a network of sympathetic supporters. His advocates successfully lobbied for a new law that provides compensation to innocents who serve time for crimes they did not commit. For the 12 years he lost in Parchman, Mississippi agreed to pay Willis $500,000 over 10 years, the maximum allowable. He got the news in December 2009, 15 years after his arrest.

Willis has paid off the mortgage on  his mother's house since the state began paying restitution.

"They cost me 12 years; I can't even explain it," Willis said last year.

"There's so much that could've been done. Me and my son could have had a better relationship. ... I missed his first steps, his first words. I miss my grandmother--she passed away while I was in prison. There's a lot of emotion there. I can't explain this loss."

To date, the actual perpetrator of the 1994 crimes has not been brought to justice.

I'm glad to see that some sort of justice (albeit financially) has started coming Cedric's way. I'm about the same age as Cedric and I can't imagine my life essentially being taken away at such a young age.