EDITOR'S NOTE: Right, Left Must Work Together for Criminal Reforms 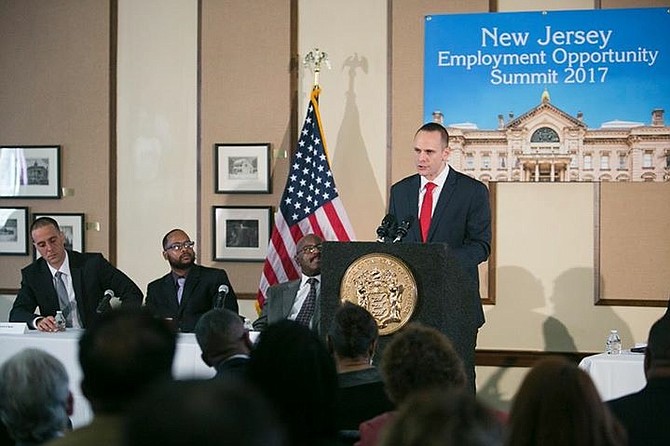 Former felon and criminal attorney John Koufos attracted enough attention while at the New Jersey Reentry Corporation—growing it from one site to nine—that he was hired to bring his "dignity of work" mantra to the Right on Crime effort, where he is now the national director of reentry initiatives. Photo courtesy John Koufos

You can spot the New Jersey in John Koufos as soon as he walks up, stares you frenetically in the eye and starts talking about the need for prison reform and re-entry. You can also tell he was pretty slick as a criminal defense attorney back in New Brunswick, N.J., when he defended violent criminals and gang members on murder and racketeering charges. He also did a lot of pro bono cases for poor people of color, but that's not what would gain him notoriety.

In the basement of the Old Capitol Inn on March 5, in an event paid for by the Mississippi branch of Americans for Prosperity—a rather infamous conservative group funded by the also-infamous Koch brothers—Koufos told his prison story, sounding like a stereotypical scumbag attorney like those who defended Barksdale in "The Wire."

Koufos, then 34, was arguing with his girlfriend by text in 2011 while driving his black Lexus from a bar association meeting at a restaurant when he struck Kevin O'Brien, who was walking on the shoulder of the road after getting ice cream, and then fled. O'Brien was seriously injured with head trauma and a ruptured spleen. He was in a coma, but has permanent damage.

Craig Terlizzi, Koufos' 40-year-old assistant, at first took the blame for the accident and was charged in the hit-and-run.

Koufos said in Jackson that he was drunk. In fact, he was drunk much of the time then. And he drove drunk constantly. His mother was 16 when she got pregnent with him in Connecticut, and she was a drug addict.

His father wasn't the best role model, either. He was a bounty hunter and kidnapped someone's girlfriend. He ran to avoid arrest, taking his son with him, moving from state to state until he was caught and went to federal prison.

After pleading guilty, Koufos was sentenced for six years in state prison and was paroled after 17 months under the condition that he would go into rehab (an option many prisoners do not enjoy).

In prison, Koufos says, he was one of the few white faces in his block. He says he learned what most of them needed the most. "Nobody asked me for money, but almost everybody asked me for a job," he told the mostly white, male, conservative audience, including several state legislators.

When Koufos left prison, he was disbarred and decided to back reforms that could help men he met on the inside. "If we can fix the problems, we save tomorrow's victims," he said in Jackson. That means, of course, not just the people who commit the crimes, but those they hurt along the way.

In 2015, Koufos became the executive director of the New Jersey Reentry Corporation, supported by then-Gov. Chris Christie, a Republican.

The idea was to help former prisoners re-enter society ready to work and with services they need, and to connect them with good-paying jobs. What too often happens, especially in a tough-on-crime state like Mississippi, where prisons are packed and re-entry help is limited, is that former prisoners cannot support themselves or their families on the outside. People won't hire them, or they're not ready to keep a job, or there just aren't any they are qualified to hold. Then they can end up re-offending and return to prison, leaving families behind again and continuing the cycle.

They also cost the government money when they're behind bars - which is partly or mostly why re-entry and prison reform have become high priority for conservative groups like those the Koch brothers fund.

Koufos attracted enough attention while at NJRC—growing it from one site to nine—that the Koch crowd hired him to bring his "dignity of work" mantra to its Right on Crime effort, where he is now the national director of reentry initiatives. He was in Jackson, in part, to back House Bill 387 that is still alive at the Mississippi Legislature, essentially the same re-entry reform legislation Gov. Bryant vetoed last year. If passed, the law would ensure that Mississippians are not locked up automatically for their inability to pay court fines and fees; allow inmates convicted of certain crimes to be parole eligible after serving 25 percent of their sentence; and create the Mississippi Sentencing Disparity Task Force.

I'm not a fan of the Koch universe, and I believe much of what they support and fund may cause problems Koufos is trying to convince Mississippi to solve, down to the lack of support for fully funding public schools rather than trying to funnel taxpayer money to select ones. That said, I agreed with about 90 percent of what I heard at the Old Capitol that night—if not that one audience member who didn't think folks should be locked up for white-collar crime. Koufos pointed out, though, that stealing pensions is worse than a young black person stealing $10 at a convenience store.

If you're not aware, there is a very strong conservative movement to reform criminal justice, and it is actually more conservative than many of the tough-on-crime policies politicians push to get elected, which then backfire, cost money and cause more crime. They're shortsighted.

We can, and likely will, argue over the specifics, but this kind of policy shift is needed, and these efforts must be bi-partisan. I get sick of divisive politics that seem more about "wins" than getting important policy changes and programs in place.

A likely Democratic candidate for Sen. Thad Cochran's seat called me this week to chat about what he believed in. I noticed that he didn't mention criminal-justice reform, although he does want the "millennial vote," and I asked him about it. He didn't seem opposed to the idea, but I could sense he hadn't thought about it much.

It is time that criminal-justice reform be on every candidate's agenda in Mississippi, regardless of party. The goal should be to lower mass incarceration, especially for drug and victimless crimes—which both parties here voted to begin back in 2014. The dumb tough-on-crime rhetoric must stop. And I sure hate to think that conservatives are finding the courage to have this dialogue in Mississippi more often than those who claim to be progressive.

Meantime, the Legislature should pass HB 387. The bill is a good step toward solving the serious reality that most of the people sent to Mississippi prisons will get out some day and very possibly end up committing worse crime, returning them to institutions funded by the taxpayers' dime.

Oh, and criminal-justice reform is the right thing to do for fallible human beings, whether you're a slick defense attorney from New Jersey or a man who grew up making bad decisions in south Jackson.