Facing the Mirror, From Kingston Frazier to Karl Oliver 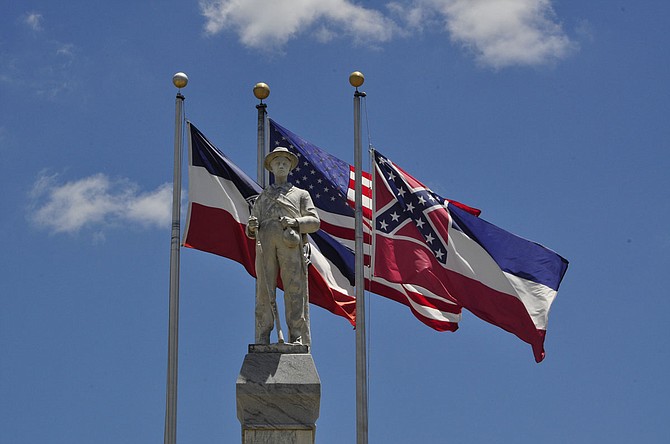 The Confederate statues actually represent the key to the riddle—the people not willing to change that past. Trip Burns/File Photo

Little Kingston Frazier is our mirror. The brutal murder of this 6-year-old in Jackson last week reflected the absolute best and the abhorrent worst of our community.

Nearly to a person, everyone, of all races, mourned the loss of his hopeful smile shining at us from under his tiny royal-blue graduation cap. All questioned how teenagers could've done such a thing to a child that might've been their little brother. Too many, though, immediately blamed his single mother, and not just for letting him sleep in the car as she ran into a store. Sick, false rumors flew. I'm sad, and I'm ashamed for us.

Then, two days after the little boy's murder and arrest of three teenagers, a white state legislator announced on Facebook that officials removing Confederate statues "should be LYNCHED!" Then I was angry and even more ashamed.

Last night, I sat in my bathroom with my head in my hands, trying to make sense of why our state is still so stuck, refusing to do what it takes to ease our way forward. I once again thought of that circular riddle that has plagued me since I moved back to my home state 16 years ago. How do we fix a present caused, and frozen, by a brutal past?

I already had realized it must be fixed from the inside out—but the "how?" can be elusive. Then I looked up into my vanity mirror, and I saw little Kingston's face.

We have to do it for him, I thought. All of it. At the same time. Despite the pushback. Together. Now.

Despite those who deny the brutality of our history, and even celebrate it as Rep. Karl Oliver clearly does, it is vital that we all look straight in that dark mirror to understand what we are seeing today. If we do, not allowing shame and pain to avert our gaze, we can see why we all must work to keep the little Kingstons safe, alive and thriving until old age. And we can see why it's still difficult to do.

The brutal truth is that Kingston was adorable and still-unscathed by prejudice against the black children of our state. But had he been allowed to live his life, he likely would have butted up against the dark heritage the generals in those memorials fought to keep alive.

Kingston was likely to attend under-funded schools, maybe with holes in the wall and ragged carpet. The odds are that his access to quality medical care might get worse, and that he wouldn't be able to get a job near his home as a teenager. He might not have a way to get to after-school programs, and his neighborhood might not have a community center. His mother might have to work three jobs to help him buy a band uniform or a laptop as many single Jackson parents do now.

I believe Kingston would have been a world-changer—you can see the spirit in his eager face. But even so, the messes our history passed to us endangered his life. He was killed, allegedly, by one or more teenagers who didn't value his promising little life enough to allow him a future. 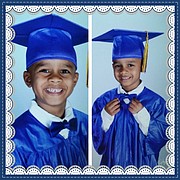 It's easy enough to say those older boys are evil, shrug and cuss a bit, and let it go. Certainly, I don't defend their actions, and serious punishment is warranted if they're guilty. But I refuse to paint them as monsters and move on. If I do, and you do, more children will morph into "monsters," and more Kingstons will die in one way or another.

I used to wrestle with what I call the "past or present?" dilemma. That is, should I put my skills into unearthing the past, like I helped do with the 1964 lynching of Henry Dee and Charles Moore, helping bring overdue justice? I wanted to devote more energy to our unresolved history, but it didn't take long for me to see what young people face daily here and now. I can't lecture them for not knowing the past when they face life-or-death every day. I needed to help them tell their stories in order to get help they need.

But young people wouldn't be where they are—especially the armed children robbing for basics and praying they don't have to shoot to stay alive—if our ugly history, the one Rep. Oliver and others revere as glory days, hadn't created the conditions they live in now. Mississippians have not gone back, together, to fully face the perennial cycles our state's original sin of racism and violence planted for our children today. Until we do, too many armed children who make it to adulthood will become either struggling or missing parents or the so-called monsters who shoot a little boy in the head.

Kingston wasn't the first baby lost to this history, and he won't be the last. But if we start ripping up the ugly perennials now, we can reset the cycle for many children, instilling tools and hope.

Changing this cycle will take willingness to comprehend what slavery and lynching did to generations of hunted young men. While some, like Oliver, want young people of color to live watched over by symbols of that oppression, it makes our collective task more difficult and urgent. The statues actually represent the key to the riddle—the people not willing to change that past.

The denial of how we got here must end. Our state and its people created poverty-ridden, violence-prone neighborhoods through bad laws, economic flight and violent, racist and excessive policing. Today's Legislature (and White House) wants to take money from re-segregated schools and give it to richer ones. People like Oliver clearly don't care if black kids are packed into detention centers and loosely labeled as gang members, even if it makes them more dangerous to us all down the line.

Our state's greatness is ahead of us if we can shed the chains of our past to build a new future. No statue of Robert E. Lee has the power we collectively possess if we will lead with our minds and our hearts to keep the little Kingstons of the world alive, healthy, thriving and loved.

We cannot look past our teenagers and their needs. They are our immediate future, for better or worse, and what we do for them, we do for their children and little brothers and sisters. We must choose what we pass on to younger generations wisely, even if our ancestors left us a defective legacy. The shards of that broken past can become the building blocks of a new future if we pick them up and use them.