Next Mayor Must Lead on Preventing Youth Crime 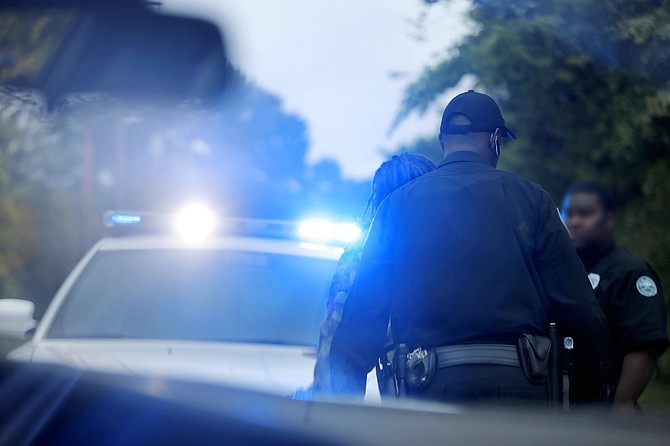 As I type, the polls for the mayoral primaries are still open, and the outcome is uncertain. What I do know is that Jackson must adopt a new attitude when it comes to "fighting crime," regardless of who wins. And that person must help lead Jackson away from groupthink that police can prevent young people from hurting each other and into becoming a smart urban center that collectively works to save children from the cycle of crime.

Preventing crime—which is actually about lifting up, educating and giving hope to traumatized young people—is vital to this city's future success. It also lays the groundwork for smarter and more engaged citizens, strong economic development and a rejection of the historic corruption here—whether in government contracting or a criminal-justice system that picks and choose who to help based on who has the most dirt on a judge or prosecutor or, as with former Mayor Frank Melton, a media executive-turned-mayor.

In the JFP's ongoing "Preventing Violence" series (jfp.ms/preventingviolence), we are going far beyond naive approaches that center on hiring more cops to flash lights and troll poor communities, disrespecting young people. We also reject the dismissive meme that "it is up to the parents."

Sure, the family plays a vital role, but cyclical poverty and trauma, as well as under-resourced schools and punitive techniques, can negate their efforts. And many parents grew up in the same cycles. Or, they're gone because they work three jobs to help their children escape their fate, and the streets win.

Teenagers that I work with who have been in trouble are usually super-smart and loving, but stymied by lower standards. Most have witnessed or experienced horrible things. They often freeze with fear when asked their opinions—because so few people bother to care what they think. Many adults let these kids down constantly, and that includes authority figures who don't follow through or who stand them up.

I understand complaints like those of Jackson Police Chief Lee Vance—or various leaders of the NYPD whom I've spoken with—that people expect the police to do too much to "stop" violence. They're right: Police often get people at the "end of the line," as one put it to me, after family and society did little or nothing to help that child avoid crime and incarceration.

Police, certainly by themselves, are decidedly not the answer—and research proves that over-policing and punitive incarceration of young people is a precursor for worse crime. But Jackson is traditionally provincial on crime-fighting, with residents of all races assuming more cops will protect them and blaming police when they can't.

Oddly enough, the closest I've heard a local leader come to challenging that myth was at a Jackson Rotary Club talk by Christopher Freeze, the newish leader of the FBI in Mississippi. I was there because Freeze, who is white, invited me after he read a cover story that I wrote recently about the complicated causes of murder in Jackson and potential solutions beyond police.

Freeze's first few sentences probably didn't shock the well-heeled audience, mostly white and conservative. Jackson has a "serious crime problem," he said at the Ag Museum, adding that the problem includes public corruption and health-care fraud as well as violence. The violent crime, though, "takes a toll" on businesses, the community and "especially your children," he said.

Freeze added that "strong, law-abiding families" are needed, and added wisely that "violent crime knows no boundaries." His job is to help local law enforcement find and prosecute the "hierarchy of hardcore criminal enterprise," Freeze added, vowing to send more of those organized-crime leaders to federal prison.

Then, Freeze went off the usual script, saying,"It would be easy for me to stop right there," adding that if he did, it would "only be addressing part of the problem."

That's when the FBI leader's speech started to feel earth-shattering, even though it shouldn't. Freeze started talking about "our children"—meaning even the ones who commit crime. Referring to his faith, Freeze practically pleaded with the audience to recognize their "moral interest" in doing more earlier—to feed, educate, love and instill hope in all of Jackson's young people.

Notably, Freeze did not blame the children or the families who are growing up amid poverty and despair. "We've forgotten among the noise of what constitutes life in the inner city," he said, then telling a story of visiting a local ministry deep in Jackson and learning about children who hadn't eaten all day. Children are "wandering streets, struggling to survive," in need of intervention, he reminded the audience.

Freeze then quoted two words offered as a crime solution in the BOTEC reports that the JFP's "Preventing Violence" series had led him to: "Feed them."

"We cannot arrest our way out of this law-enforcement problem. ... (We) must be involved in programs that provide escape," Freeze warned.

If not, he added, "They will become the parents they presently don't have."

Seeing that cyclical reality is exactly opposite from blaming parents for societal conditions. It was a challenge we need to hear more often in unpredictable settings.

"Today, we have an opportunity to differentiate ourselves from those who talk about problems but don't step up and do anything," Freeze said, challenging Rotary members to do more to meet their goal of making "positive, lasting change." Lend their talents, he urged, to "help inner-city schools and ministries ... in visible ways."

Freeze ended with a word that I've grown to understand is the only real path to helping redirect children from violent cycles into successful futures: "systemic."

"We must bring systemic focus to this problem," Freeze said, calling for Rotary members to set five- and 10-year goals to "face challenges of protecting and serving children in our community." Reducing violence, he added, will "revitalize Jackson economically and socially."

I never thought I'd hear an FBI man say those words, and to business leaders. I later told Freeze that I fully expect to challenge him on his methods in the future, but for then, I had only one response: "Amen."