All Must Take Responsibility for Preventing Crime

One of my favorite moments during last summer's Youth Media Project was when student Ryan Perry started talking about the Washington Addition and the challenges facing the people who lived there. Ryan, who grew up in a conservative family in Rankin County, told me he had driven through the neighborhood I had featured in our "Preventing Violence" series. He later wrote about it for YMP's journalism site, jxnpulse.com.

"You know how as you grow up there are places where parents tell you not go? '[Insert place] is dangerous,' they'd say. You know little else about them," he wrote in his column.

Unbeknownst to me, Ryan had taken his own tour of the neighborhood that was devastated during the crack era.

"So one Saturday in Jackson, under false pretenses, I looked up the Washington Addition on Google Maps, sat my Bible in my passenger seat and drove to my '[Insert Place].' It wasn't the den of danger it had been profiled as, or the city of crime it might have historically been. It was mostly just sad," Ryan wrote.

I've grown so accustomed to hearing many white people immediately blame residents of poor neighborhoods for all their problems, and especially crime by young people that I girded myself for what Ryan might say about his tour.

"It's about responsibility," Ryan told me. I immediately wondered if he was going to follow it up by saying that it was all up to residents there to solve the problems. 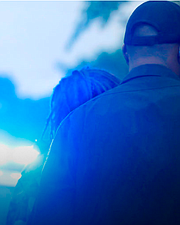 Alas, I was selling Ryan short.

"We all need to take responsibility," he said, or something very close to that. In his later column, he explained: "So when you learn that there's more to that place than brimstone and bullets, you're surprised, and when you learn that maybe things are dangerous because people have human problems and need help, maybe you're a little shocked."

He wrote that he has heard many people say that those who live in poverty should "take responsibility," concluding that they are using it as "a vehicle of blame."

Ryan is a smart young man and showed immediate interest in the systemic issues that keep people in cycles of poverty, and in figuring out solutions. His response is what I want others to do when it comes to helping our most vulnerable young people have opportunities and to reject crime: Stop casting stones and ask how you can help.

After spending the last two years deep into exploring causes of and solutions for crime in Jackson and beyond, I can say one thing without blinking: The biggest thing blocking violence prevention in our city and country is the will to make it happen.

Many love to blame young people of color, not to mention their parents. The reason we are delving into the systemic causes of crime and violence so deeply is really twofold—to figure out solutions that actually address the factors that drive crime, and to help others understand that today's problems are rooted in cyclical problems from the past, passed down generationally. A primary purpose for understanding the historic roots? It can help us all put aside the blame and roll up our sleeves.

This ain't about guilt, folks. It is about helping young people reach their potential and, at the same time, making our communities safer for everyone. And about believing that we can change it.

A decade ago in Jackson, much of the media blew up in outrage because the then-police chief dared to say out loud that the media-fed "perception" that crime is out of control in Jackson actually hurts our efforts to stop it. There was outrage from the front page of The Clarion-Ledger to nightly newscasts, and the comment was used to help belittle the chief out of town and, ultimately, get a very bad mayor, Frank Melton, elected. (Alas, crime went up.)

But here's the thing: Chief Robert Moore was right. Much research shows that hopelessness prolongs problems, including crime, because people don't do what each of them could to alleviate the conditions that lead to misbehavior. When people conceive that a situation—like crime among young people in Jackson—is too onerous to solve, they take few actions to fix it.

In the United States, neighborhoods like the Washington Addition struggle under false assumptions about crime prevention. Many fingers wag at people in poor communities because they, supposedly, do too little to keep their kids out of trouble, even as many parents work two or three jobs to provide. In these communities, there are few if any jobs for teenagers who don't have good transportation to get to work in other parts of town that might not hire them anyway. The drug trade, and increasingly credit-card fraud, becomes a surrogate for legal jobs. Many kids go hungry.

Meantime, many young people get weapons in order to protect themselves from others with guns, and when the police show up if one of them is attacked, too often both the assailant and victim are arrested because it is assumed that all young people in poor neighborhoods are trouble-makers and had it coming. Young men of color are the most victimized and over-policed group in America, which prolongs the cycle.

Our team will continue to tell the stories, analyze the data, and unpack the real causes and potential solutions for juvenile crime. It's complicated, and inevitably requires the village getting organized and doing many things at once to interrupt crime and prevent it in the future, from good education funding to alternatives to juvenile detention.

But start here: We must reject the perception that the answer to crime is more cops or tougher policing. It's just not. The Legislature-funded BOTEC report on Jackson crime made it clear that any connection with the criminal-justice system is a major indicator that a young person will commit a worse crime later; the other major indicator is dropping out of school. In our cover story this issue, Adams County juvenile-detention administrator Henry Upshaw put it simply: "Just by putting a kid into the back of a police car, that drops his likelihood of graduating high school by 50 percent, so we try to avoid at all if we can."

Changing a culture that is pushing more young people to re-offend takes people from all communities working together. It is simply cheaper to provide smart alternatives to detention, and they will make us all safer. And that includes the young victims in our city. Let's change this.