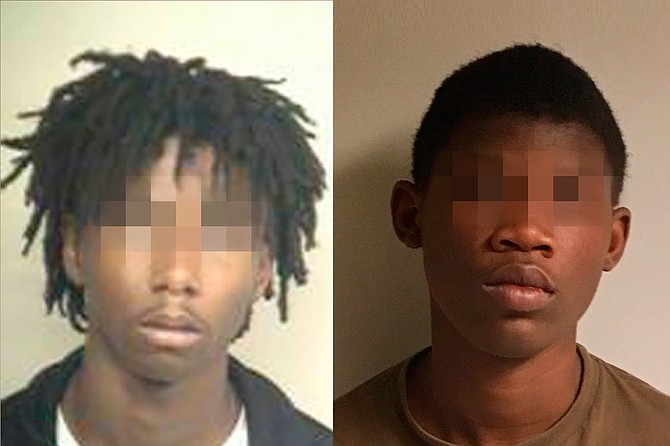 Even if you don't care at all about young accused Jacksonians, replacing bad policing and media habits with smarter preventative approaches is better for the whole community. Photo courtesy JPD

It has never occurred to me to call up the police and ask them to stage a special "perp walk" so I can send someone to photograph someone accused of a crime. And I would certainly never request the depraved privilege of capturing images of a juvenile accused of killing another child.

Why would I salivate for images of a troubled kid who has been caught already? Why would other media finagle a staged event to broadcast an image of a child who, like adults, is innocent until proved guilty? How does broadcasting the accused child's mugshot, much less a set-up video, help anyone? He's in custody, after all, not on the run. Not to mention the journalism ethic that we never actually set up news shots.

We know now that this exact scenario happened in recent weeks in Jackson, as Ko Bragg reports in this week's cover story. I'm astounded. It's not like I had high expectations for most local broadcast and print media when it comes to reporting on crime, especially involving kids. It's the worst I've seen in any city, except maybe New Orleans. But it honestly never occurred to me that the media essentially set the perp walks up themselves in order to get juicy footage. That reminds me of a Canadian documentary maker who tried to get my photographer to wear a hidden camera once to "doorstep" an old Klansman refusing an interview. Hell no, we said. Not ethical.

Neither is cherry-picking the most sensational (and still alleged) juvenile crimes to turn into ratings, clicks and page views. Meantime, JPD has only provided us vague details of how the young man is believed to have murdered the teenage girl, and won't give us a police report or summary.

Or, how about a trace report on where the weapon came from? That might actually prove useful to future crime prevention.

The fact that this perp-walk scam is apparently common in Jackson speaks to the larger problem we have with formulating a real plan to reduce violent crime in a city where the response is usually reactive, from the police to media to residents. The line is that the more these young hoodlums are locked up, the less crime there will be. They can't hurt us when they're behind bars, after all. The truth, though, is that (if convicted) many of them won't be behind bars forever and, while they're there, they are likely to join a tough gang because incarceration incubates gangs and violence.

And as Ko reports, this teenager may be proved innocent as many have been over the years here and elsewhere. Or, even after he has been paraded around like a captured animal, a judge may decide to send him back to youth court and out of the public eye again. But guess what? The damage may already be done on a child whose brain is not fully developed yet with each of those camera flashes pushing him further beyond hope and rehabilitation. Hell, that treatment would scar my 56-year-old self.

The loss of the 14-year-old girl was tragic and heartbreaking. But this treatment of this teen boy is not going to bring her back. It is reactive and vengeful, and it is not smart. At this point, it's absurd to ignore widely disseminated evidence—that's even in recent BOTEC reports about Jackson crime—that shows that harsh treatment by the criminal-justice system can turn a juvenile into a hardened criminal who later commits worse offenses and makes our society more dangerous. It's chilling to think that the way the police and most media have handled—or mishandled—this boy to date could lead to more deaths down the road, but it is a real concern. Parading your catch around for cheap camera shots has no positive value other than to make people leer at the accused, and it carries high risks for the future safety of the community.

What we need are proactive approaches, not reactive ones. Also in this issue, you'll read a similar argument by the head of Mississippi's FBI. Neither he nor I argue that arrests are never needed, and we likely don't agree on all policing practices, but Christopher Freeze's argument that the community must step up to do more to keep a young person from committing crime, long before the moment of pulling the trigger, is solid.

We must replace the kneejerk, nonsensical responses to crime that are not grounded in evidence—like that it's up to cops to arrest all the bad guys so crime will stop—with proactive, smart approaches to redirecting and educating young people before they commit crime. Or, as Freeze points out, feeding them if they're hungry and, even better, teaching them the skills to (legally) avoid hunger themselves. That is, whatever it takes to keep that 14-year-old girl alive and a 16-year-old out of prison.

To that end, media should be asking (a) exactly what happened that tragic night, (b) is the evidence against the accused strong and, if so, (c) how did the young man get to that point? There are many, many, many causes of crime. Which ones applied in his instance, and what can we learn from this crime in order to take action to prevent it from happening again? What are the potential solutions further back up the line?

Yes, this causes-to-solutions reporting takes more effort than feeding the thirst for blame and revenge, but journalists are supposed to do the difficult work others don't have time to do, not just race for easy clicks. Besides, I've learned that families involved on all sides of these tragedies, especially when children are involved, are not as bloodthirsty as the larger public. I think of the family of James Craig Anderson, who asked that his young white murderers not face the death penalty even though they came to Jackson looking for a black man to kill. I've witnessed that grace many times.

Even if you don't care at all about young accused Jacksonians, replacing bad policing and media habits with smarter preventative approaches is better for the whole community. We need to interrupt the cycles of crime at every point possible, not lustfully continue bad practices that will ultimately fail and lead to more victims. It's way past time to choose real solutions over ratings and page views. Let's demand it.

See the JFP's award-winning "Preventing Violence" project and a video conversation with Freeze at jfp.ms/preventingviolence.