OPINION: What It Will Take to Reduce Youth Crime 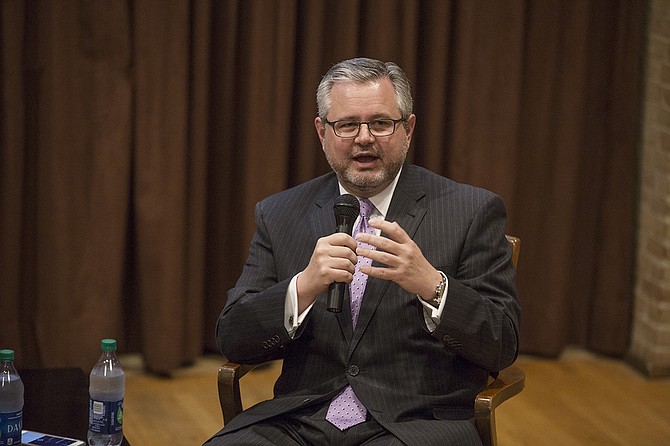 Christopher Freeze is the Special Agent in Charge of the FBI for Mississippi. Photo by Imani Khayyam. 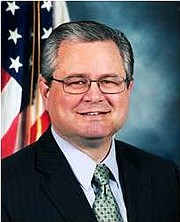 When it comes to tackling youth crime, Jackson is at the intersection of Concern and Encouragement.

The Concern, criminal behavior by and against minors, is readily visible and often the lead story across daily media outlets—kids shooting and being shot; having friends and family arrested; witnessing domestic violence. Violent or non-violent, these acts have life-altering consequences for all concerned. The Encouragement is less known and needs more visibility to prevent the Concern from paralyzing us from taking positive action.

The crime challenge has received much attention from public and private-sector leaders, especially crimes by young adults. Law enforcement cannot arrest our way out of this problem. But, finding alternative avenues that provide a life-enriching experience for young people is a greater challenge. Some solutions have consisted of a patchwork of initiatives, multiple programs and promising ideas. Occasionally, a program is recognized as exceptional, based on its measurable results and impact. Too often, programs have limited impact due to the lack of a comprehensive strategy.

I am concerned not only about crimes performed by minors, but the effect crime has upon minors. Violence is traumatic for everyone. We like to think children are resilient, but the truth is too many of them suffer from PTSD-like symptoms or bottle up their fears or stresses. Without intervention, their future may be irreparably harmed. We have seen the positive progress our veterans have made after the trauma of war. We need to bring that same motivation and strategy to the children who have been touched by the trauma of violence.

We have approached a fork in the road. To one side lies the Concern of continued disappointment of both the young and the community as they are affected by more arrests, more trauma and more social unrest. To the other is Encouragement underscored by vision, collaboration, strategy, efficacy and action. The path of Encouragement provides hope for positive change. That path requires not just a coalition of the willing, but a coalition of the doing.

Many strongly suggest that the more time a minor spends in the back of a police car, the more likely he or she will end up incarcerated for long periods of time. The question is, "Why were they in the back of a squad car to begin with?"

From talking with adults and children in recent months, I've learned the answer to that question is not simple. The ground-truth answer is almost incomprehensible to anyone who hasn't lived in their neighborhoods, attended their schools or walked their streets. Learning to accept that truth is the first step toward making a difference.

Recently, I participated in a town-hall panel at a local high school on addressing crime as seen through the eyes of the students. There was good dialogue between the students, the parents and the panelists. As you might expect, the students provided some of the best ideas. However, I was shocked speechless by one student's response to the question, "What do you need to be successful in school?"

Food! We are in the 21st century. We export literally tons of food to other countries and throw away or waste much more. Why are our kids still asking for food? Anyone who lives with teenage boys knows that a basic breakfast and lunch are rarely enough. What happens when those are the only meals the child receives each day?

If we are going to keep young people out of squad cars and, ultimately, out of prison, we must have a comprehensive and coordinated strategy. I once heard someone say Martin Luther King Jr. was a leader because he arrived in Washington articulating a vision and a dream, not a 10-point plan for success. While we need plans, we most need a solid vision from which a good strategy and plans can proceed.

If we are going to help those released from prison find housing and work, we must insist on involvement by elected leaders, worship leaders and community leaders. And yes, it will take leadership by our law-enforcement organizations, including the FBI. Our young people deserve no less. We cannot afford a generation of people conditioned to accept a lack of leadership.

Ingrid Cloy and her organization, Mississippi Center of Excellence, are one positive example. I attended a quarterly meeting she sponsored with representatives of both public and nonprofit service organizations in greater Jackson. The top goal is leveraging each group's resources and strengths to help people and have a collective impact. Their passion was inspiring.

Best of all, the disciplines represented included mental health, education, law enforcement and ministry. Everyone there was a leader, regardless of title or position, because they were willing to serve.

Good leaders embrace the concept of vulnerability. Being vulnerable is not weakness or timidity but recognizing that true strength comes through saying, "I don't know all the answers," "How can I help?" and "Will you teach me?" Vulnerability is demonstrated in the traits of humility, selflessness and service. "Rather than sitting on the sidelines and hurling judgment and advice, we must dare to show up and let ourselves be seen," Dr. Brene Brown, a University of Houston professor, wrote in her book "Daring Greatly."

Leaders who will show up and be seen must be willing to communicate their expectations and hold each other accountable for their actions or inactions. Many are willing to talk about the Concern. What communities need most are people who are doing something about the problem—the Encouragement. For our young people to succeed and our crime rates to fall, we need to communicate clearly to everyone our expectations of them and for them.

First, there must be a vision of what needs to happen. What should the future, successful schools, economic prosperity and housing and retail look like? What does serving others look like?

In the end, our young people need adults they can trust to find viable answers to societal problems. I'm working on finding ways they can trust law enforcement. I hope you will find ways they can trust those willing to serve. Retired Chief of Police Ron Glidden from Lee, Mass., said this about trust: "Trust is never owned. It is only rented. And the rent is due every day."

Today's rent is due.

Christopher Freeze is the Special Agent in Charge of the FBI for Mississippi.