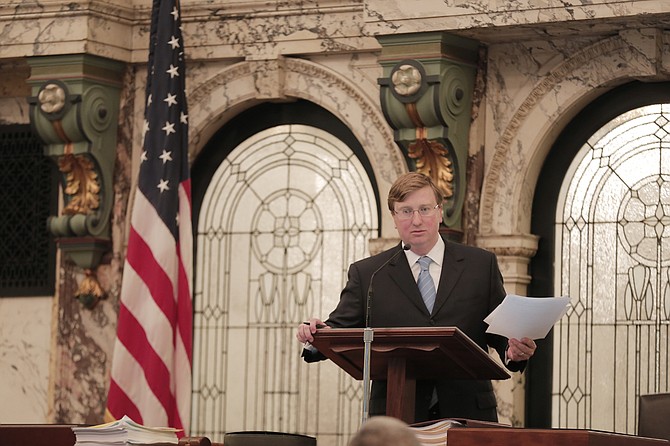 Lt. Gov. Tate Reeves blessed the passage of a controversial "Freedom of Conscience from Government Discrimination" bill. "“This bill simply protects those individuals from government interference when practicing their religious beliefs," he said after the vote. Photo by Imani Khayyam.