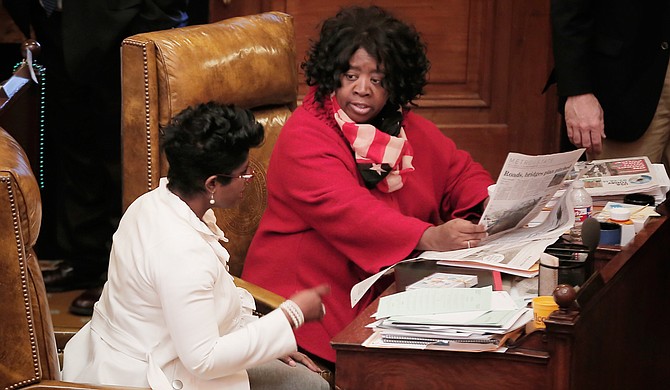 JACKSON — In a surprise move Tuesday, the Mississippi House targeted Medicaid funding for the state’s only abortion clinic in addition to the state’s sole Planned Parenthood clinic. The bill would prohibit the Mississippi Division of Medicaid from paying any entity that performs non-therapeutic abortions even for non-abortion services.

The original Senate Bill 2238 was drafted with language that would prohibit the state’s only Planned Parenthood clinic, which does not offer abortions, from receiving Medicaid reimbursements for “family planning services.” 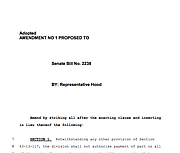 Rep. Joey Hood, R-Ackerman, authored an amendment that struck all of the Senate bill’s language and replaced it with language that could take Medicaid funding away from not only Planned Parenthood in Hattiesburg but also the Jackson Women’s Health Organization in Jackson. The amendment would prohibit Medicaid payments to any entity “that performs non-therapeutic abortions, maintains or operates a facility where non-therapeutic abortions are performed, or is affiliated with such an entity.”

Felicia Brown-Williams, director of public policy at Planned Parenthood Southeast, said family-planning services are all that the Hattiesburg Planned Parenthood clinic offers, including cervical and breast cancer screenings, STI and HIV testing and treatments, and contraceptive services. In the last five years, those reimbursements for those services have totaled $544, and House Democrats argued that it was ridiculous to be arguing about such a small amount of money.

Representatives took the opportunity to speak in favor of the anti-abortion bill based on their pro-life and religious stances. Some representatives said the bill was about abortion—others said it was about family-planning services.

Rep. Adrienne Wooten, D-Jackson, said that family-planning services and abortion should be available for incest, rape and abnormal pregnancies.

“We don’t have any right to tell people what they can or can’t do as it relates to pro-creation or not pro-creating,” she said.

Rep. Omeria Scott, D-Laurel, said that clinics provide counseling and information to women about birth control and pregnancy. She said that the bill would mean Mississippi is not going to spend a dime on family-planning services for women—at least for those with Medicaid coverage.

“Let’s be clear, we are voting to say we’re not going to help mainly poor women and young women since you’re closing the health department (clinics), too,” Scott said.

Rep. Dan Eubanks, R-Walls, said the bill was about abortion and that God was very clear on the issue. “I understand that at least for the females in the House, they may say I have no right to get up and speak to a woman’s issue, but as a former fetus, I believe that I do,” Eubanks told the House.

“We like to sterilize the word and call it family planning and choice, and God had a lot to say about the people who sacrificed their children to the god of Molech and of the pagan communities throughout the Bible, but we sacrifice our children to the gods of selfishness by the millions in this country.”

Brown-Williams says the new bill’s language would have an impact on JWHO, which started to roll out Medicaid reimbursements for family planning and contraceptive services in November.

“In every state that they have tried to prohibit Planned Parenthood from participating in Medicaid reimbursements we have sued, and we have won,” Brown-Williams told the Jackson Free Press.

Federal law forbids the use of federal funds for abortions except in cases of life endangerment, rape and incest. In Mississippi, fetal impairment also counts as an exception. All other abortions cannot be paid for through federal funds.

“This (bill) would boot us out of the family-planning program … and prevent them from reimbursement which is ludicrous if the goal is to reduce the need for abortion,” Brown-Williams said.

The bill passed the House Tuesday by a vote of 77-37 and was held on a motion to reconsider. The Senate also passed a bill Tuesday that would make dismemberment abortions illegal in Mississippi.