'One Lake' Could Mean 'Catastrophic Failure' of State-Owned Bridges 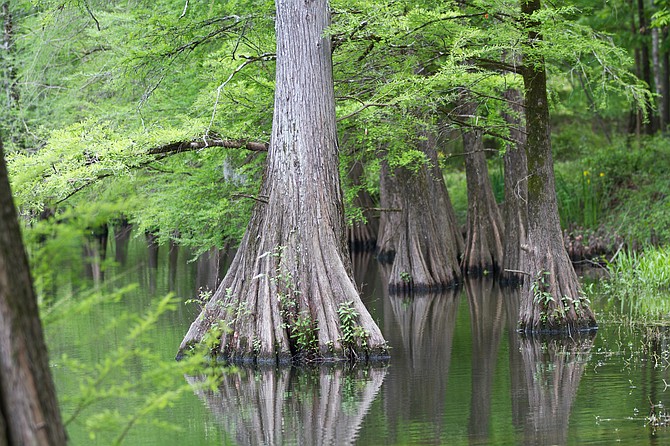 The Mississippi Department of Transportation is expressing concerns about the "One Lake" project's effect on bridges and infrastructure. Photo courtesy Abby Braman Photo by Abby Braman

JACKSON — One day before public comment closed on the "One Lake" flood-control and development project proposed along the Pearl River, the Mississippi Department of Transportation sent a letter to the Rankin-Hinds Flood Control District attorney Keith Turner.

Melinda McGrath, executive director of the agency, expressed concerns about the proposed project's impacts on nine state bridges that MDOT says are within the project area. Primarily, she wrote that if "scour depths" project engineers provided to the department were correct, it would mean "catastrophic failure" of seven main channel bridges that run across the Pearl River in the Jackson metro area.

The flood-control district, usually referred to as the levee board, proposes dredging out a portion of the Pearl River right next to the capital city to create a lake, which they say will offer prime development opportunities, as well as lessen flood risk in the region. The "One Lake" plan is the latest rendition of oilman John McGowan's vision for developable waterfront property coupled with flood control along the Pearl River. His family and business partners have long owned or managed property near the footprint of the lake plans. Earlier versions were abandoned.

The Sierra Club, one of many organizations regionally and nationally that oppose the project, released the letter to the media this week. McGrath writes that dredging, deepening and widening the river channel along the Pearl could make bridges less secure.

"If dredging activities are conducted beneath any of the nine bridges, it will reduce foundation embedment directly affecting the capacity of the bridges," the Sept. 5 letter states.

The most recent collapse of an MDOT bridge as of Sept. 5, the letter says, was due to sudden loss of non-dredged material. Engineers hired by the levee board provided predicted scour depths to MDOT, the letter says, prompting concern at the department. "If the predicted scour depths occur, there will be catastrophic failure of all seven of the main channel bridges," the letter states, adding that the two relief bridges will have severely reduced capacity.

"... [A]ll nine bridges will need to be replaced and the cost to replace the nine bridges should be reflected in the cost of the Pearl River Basin Federal Flood Risk Management Project," the letter says.

The draft feasibility study released back in the summer includes an engineering appendix that shows sediment sampling and erosion rates that were incorporated into the design plans. The engineering appendix accounted for eight bridges (including railroad ones) in the project area, four of which, the appendix says, MDOT operates.

"The post project channel improvement model includes some degree of excavation under these bridges; however, a more detailed and thorough evaluation of foundation depths, scour, and regulatory design procedures must be performed during the preliminary engineering phase," the engineering appendix says.

Engineers who prepared the study conducted a preliminary scour analysis, or an analysis of what removing material around bridge abutments would do, for two bridges over the Pearl River. 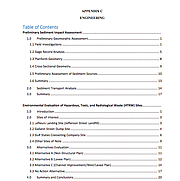 The report notes that coordination with MDOT would be necessary, but project sponsors have said that preconstruction engineering and design will not happen until after the project is approved. The engineering appendix estimates that the bridge improvements will cost $5 million, although that figure could change.

The project still needs congressional approval and funding to move forward, which could be difficult with significant opposition from Louisiana lawmakers downstream as well as U.S. Rep. Bennie Thompson of Mississippi, who submitted detailed questions and concerns to the levee board in September, ranging from transparency, to cost concerns, to environmental, to who the project is likely to benefit financially.

Levee board attorney Keith Turner was not available for comment at press time.