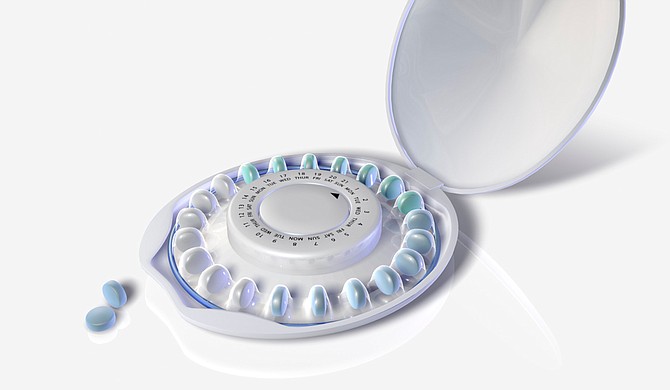 While the Hattiesburg Planned Parenthood does not perform abortions, it provides services such as testing for pregnancy and STIs, as well as birth control and family-planning services. Photo by Bruce Blaus

JACKSON — Tyler Harden grew up in Hattiesburg, graduated from high school and began attending Jackson State University in 2014. It was not until she got to Jackson that she realized that the state's only Planned Parenthood clinic was tucked away in her hometown. She stopped in at the clinic on breaks back at home to get birth control that she could afford due to the sliding fee scale.

"I felt like that was the first time a health provider didn't judge me. ... It was a safe space for me, and I hadn't felt that (way) in a health center for most of my life," Harden said.

Her work on reproductive rights blossomed at JSU, and she began to volunteer for Planned Parenthood. "I just, was like, I want to work with these people and want to help other people like me," she said.

Harden moved home after graduating from JSU and became an organizer at the Hattiesburg Planned Parenthood clinic. It provides testing for pregnancy and sexually transmitted infections, as well as birth control and family-planning services; however, the state's only Planned Parenthood location does not offer abortions.

This has not stopped U.S. Sen. Roger Wicker, the state's senior senator, from leading the congressional charge against the family-planning provider nationwide. Specifically, he wants states to have the right to ban Medicaid dollars from use at local Planned Parenthood clinics.

"Congress gave states broad authority to determine which organizations can participate in their Medicaid programs," Wicker said in a May press release. "This ruling undermines congressional intent and state laws to prevent taxpayer funding of abortion. I hope the Supreme Court will take up this case and rule in favor of states' rights and the unborn."

Wicker got more than 20 senators and 90 members of Congress to sign onto an amicus brief, which anti-abortion Americans United for Life attorneys wrote, asking the U.S. Supreme Court to review the Gee v. Planned Parenthood case. 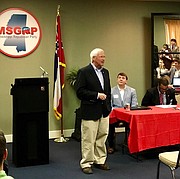 U.S. Sen. Roger Wicker signed an amicus brief that asks the U.S. Supreme Court to review a case that could allow states to block the use of Medicaid at Planned Parenthood.

AUL is opposed to far more than abortion, including various forms of emergency contraception, including IUDs and birth-control pills, as what it calls "abortifacients," meaning that they interfere with a fertile egg being implanted in the first place—an ideology that Mississippi voters rejected in the failed "Personhood" referendum vote in 2001.

"[A] new human organism is created before the developing embryo implants in the uterus—i.e., before that time at which some people consider a woman 'pregnant,'" AUL attorneys wrote in an earlier amicus brief to the U.S. Supreme Court.

AUL is among groups that oppose women being able to use health insurance they earn from employers to access either abortion or the contraception it opposes.

The Louisiana court case began when Gov. Bobby Jindal was still governor, and he challenged a Planned Parenthood clinic from receiving Medicaid reimbursement for their services.   States have repeatedly lost court cases where they have tried to defund Planned Parenthood through the state's Medicaid system.

AUL attorneys argue that the Medicaid Act allows states to exclude or include Medicaid providers, which, in this case, would pertain to a state including or excluding Planned Parenthood from reimbursement.

"Individually, and even more so read together, these exclusion provisions clearly contemplate that States have the authority to suspend or exclude providers from State Medicaid programs for reasons other than those upon which the Secretary has authority to act," the amicus brief says.

Federal funds cannot pay for abortions, but anti-abortion rights advocates and lawmakers object to funding Planned Parenthood at all with federal and state dollars due to the fact that they still offer abortions.

In an election year, abortion rights clearly divide Wicker and his challenger, state Rep. David Baria, D-Bay St. Louis, in November for his Senate seat. Baria, who neglected to vote on recent anti-abortion legislation that has since been stopped and challenged in federal court, told the JFP last month that he supports a woman's right to choose.

"I think abortion should remain safe and legal, so that we don't have a situation where only wealthy women are capable, because of their wealth, of getting an abortion by flying to some country where it's legal," Baria said in his sit-down candidate interview (see jfp.ms/baria). "I think that this should be a woman's right to make that decision, in consultation with her family and her physician."

Been There, Been Blocked

The Mississippi Legislature has already tried to cut off state Medicaid funds to the state's one Planned Parenthood clinic—and failed—in 2016 when lawmakers passed Senate Bill 2238. Planned Parenthood took the state to court almost immediately and won.

"Essentially every court to consider similar laws has found that they violate ... the so-called 'Free-Choice-of-Provider-Provision,'" U.S. District Judge Daniel Jordan wrote in his order blocking the bill from becoming law.

Jordan's ruling relied on the Planned Parenthood of Gulf Coast v. Gee case, which at the time the 5th U.S. Circuit Court of Appeals had just handed down. It ruled the Louisiana Planned Parenthood clinic could continue to receive Medicaid reimbursements. The state appealed to the U.S. Supreme Court, teeing up a potential hearing on Medicaid nationwide.

The Hattiesburg Planned Parenthood clinic offers services on a sliding scale and accepts Medicaid patients. Back when the Mississippi Legislature attempted to defund Planned Parenthood in 2016, Medicaid payments to the clinic totaled less than $500 in three years. Since fiscal-year 2014, Medicaid has paid the Hattiesburg clinic $612 in managed care and fee-for-service claims, with no new reimbursements since fiscal-year 2017.

Technically, a ruling in Gee will not have an impact on Mississippi's one Planned Parenthood clinic after Jordan's ruling. The Hattiesburg clinic just hired a new provider who will work with Medicaid patients in need of family-planning services.

The Next SCOTUS Fight?

Planned Parenthood staff is worried about Donald Trump's nomination of Brett Kavanaugh to the U.S. Supreme Court, especially after his campaign promise to overturn Roe v. Wade. The group immediately opposed his nomination after Trump announced his anti-abortion position.

His vice president, Mike Pence, is a supporter of the Personhood provisions that failed in Mississippi. Gov. Phil Bryant led the Personhood campaign here.

"Trump has made clear that his Supreme Court nominee would 'automatically' overturn Roe v. Wade, the landmark Supreme Court case that affirmed the constitutional right to access abortion in this country," a Planned Parenthood press  statement says.

The district court overturned Kavanaugh's ruling, which allowed the young woman to obtain an abortion, but his initial decision was all the evidence abortion-rights groups needed to oppose his nomination.

Mississippi's Planned Parenthood clinic continues to offer reproductive health care. Harden said her main goal now is to work on advocacy and awareness of the clinic and its services in her community. She wants advocates for the clinic to look like the people who use its services, she says, instead of the historically white and economically secure supporters.

"My outreach activity in Hattiesburg is about getting women of color and LGBTQ folks and the people who use us ... to take ownership of the services they already use," Harden said.

UPDATE: This story has been updated to reflect the most recent Medicaid reimbursement amounts that the division provided the JFP with after press time. Read more at jfp.ms/abortion and jfp.ms/personhood.