Campaign-finance Reform Scaled Back, Will Be Studied Instead | Jackson Free Press | Jackson, MS

Campaign-finance Reform Scaled Back, Will Be Studied Instead 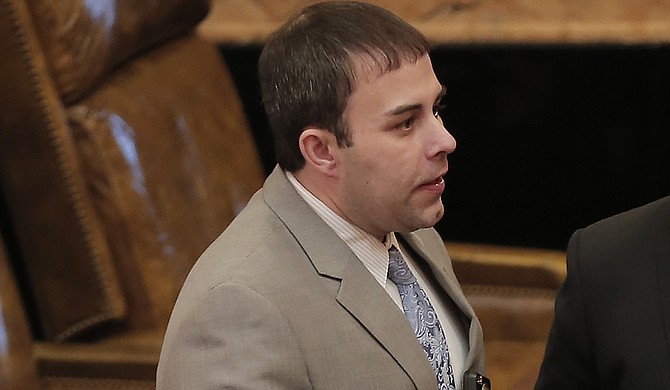 Rep. Tom Miles, D-Forest, offered an amendment to Senate Bill 2374 that would have prohibited elected public officials from using campaign finance funds on "personal use" spending; it was tabled and did not even get to a vote. Photo by Imani Khayyam.

JACKSON — The momentum to bring campaign-finance reform to Mississippi slowed this week, turning into a study to consider whether the reform is needed after the House of Representatives amended a bill to require candidates to itemize credit-card details.

Rep. Bill Denny, R-Jackson, and his Elections Committee added a section to the Senate bill to create a study group to look at the state's campaign-finance laws in more detail. The study committee would consist of the chairmen and vice chairmen of both the House and Senate Elections Committees as well as three appointees each appointed by the Speaker of the House and the Lieutenant Governor.

Denny told the House that a study group would help lawmakers better understand whether changes are needed. He said suggestions could be considered next year, as Associated Press report says.

"What this bill is all about is figuring out what we can do sensibly and understand what we're doing," Denny told the House, in an Associated Press report.

The House voted to pass its version of Senate Bill 2374 by a vote of 94-23. The bill heads back to the Senate, which can reject or accept the new section that includes the study committee.

Although the Senate didn't add McDaniel's amendment, they did unanimously pass the bill, a sign that they were at least comfortable with credit card itemization for campaign finance reports.

The House version of the bill would require expenditures made by political candidates, political committees, or persons acting on their behalf to a credit-card company or Internet payment companies be listed with the individual title, the date of the purchase, the identification of each vendor paid and a description of the purchase.

Email state reporter Arielle Dreher at [email protected]. See her reporting on PAC and lobbyist expenditures on the Mississippi legislators at jfp.ms/lobbyists and more on public transparency at jfp.ms/sunshine.