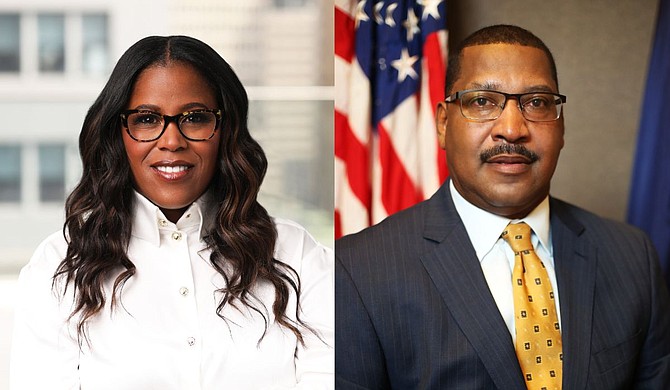 Thasunda Brown Duckett, president and chief executive officer of the Teachers Insurance and Annuity Association, will serve as the speaker for the graduate student ceremony on Friday, April 29, at 9 a.m. TIAA is a Fortune 100 provider of secure retirements and outcome-focused investment solutions to people working in higher education, healthcare and other mission-driven organizations.

Homer Wilkes, under secretary of agriculture for the United States Department of Agriculture, Natural Resources and the Environment, will serve as the speaker for the undergraduate student ceremony on Saturday, April 30 at 9 a.m. During his tenure, Wilkes has served as state conservationist for Mississippi, chief financial officer for the Natural Resources Conservation Service in Washington, D.C. and as deputy state conservationist for Mississippi.

The commencement ceremony will be a non-ticketed event. There will be no processional for graduates, and seating for graduates will be spaced out. For more information, visit jfpms.edu.

The National Academy of Inventors recently announced that it is establishing a new new chapter at Mississippi State University.

NAI is a non-profit organization created to support aspiring inventors in academics. Founded in 2010, the NAI educates and mentors students and enhances the visibility of academic technology and innovation. The academy also encourages the disclosure of intellectual property, recognizes and encourages inventors with patents issued from the U.S. Patent and Trademark Office and translates the inventions of its members to benefit society.

MSU’s chapter is part of a collaboration with the James Worth Bagley College of Engineering, its Department of Mechanical Engineering and the iDEELab, an educational resource for engineering students.

Bassy is a former vocalist for the Los Angeles-based pop band 2AM Club. Works from his solo career include the 2014 mixtape "Only the Poets," a 2015 release titled "East Hollywood" and the 2016 EP "Groovy People," which includes the single “You & Me” featuring G-Eazy.

The Old Main Music Festival is free and open to the public. The festival will include outdoor games, an art market, food vendors and performances from local and national musicians throughout the day. The Art Market begins at 3 p.m., and food trucks will open at 3:30 p.m. Both will remain open until 7 p.m., when the main stage act begins. Music Maker Productions will announce local stage artists and main stage openers closer to the event.

For more information, visit msuconcerts.org or call the MSU Center for Student Activities at 662-325-2930.