Where the Pearl River Flows 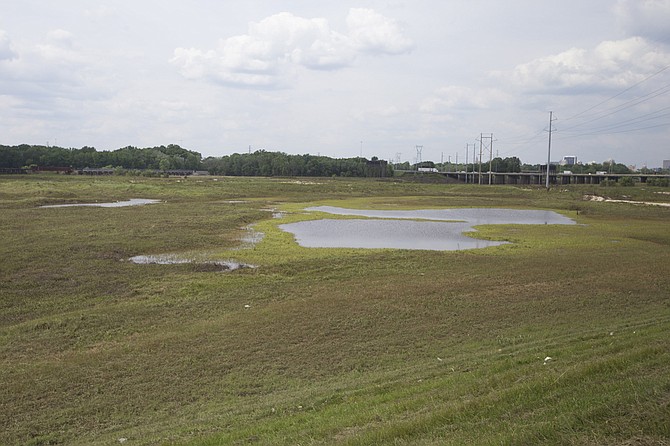 Representatives pushing the “One Lake” project, which will flood parts of the Pearl River and surrounding wetlands (including the area pictured), say their project will have little to no environmental impact on areas downstream. Photo by Imani Khayyam.

The Pearl River winds its way down the center of the state, eventually creating the boot of the Louisiana-Mississippi border, emptying into Lake Pontchartrain, Lake Borgne and the Mississippi Sound. A ways below Jackson, the Pearl splits apart, first to a canal and then into two parts, half flows southwest to the state of Louisiana, while the Mississippi side flows southeast, creating the borders of Pearl River and Hancock Counties. A few levees dot the Google Earth map of the river's tracks. Several communities rely on the Pearl downstream not only to sustain wildlife and natural wetlands but also to fuel their economies.

Environmental groups and downstream communities in Louisiana and Mississippi are keeping a sharp eye on any proposed levee or lake project in Jackson, such as the current "One Lake" strategy, due to potential impacts of damming water further south. Additionally, the Pearl provides freshwater to a delicate balance, called water salinity, needed for oyster growth. "One Lake" promoters say they have overcome any potential problems downstream for the environment and seafood industries.

"We've understood the importance," Keith Turner, the lawyer for the Rankin-Hinds Pearl River Flood and Drainage Control District, or Levee Board, said on March 17. "We've met with the Department of Marine Resources, St. Tammany (Parish in Louisiana) multiple times, Hancock County (Miss.). We've spent a lot of time down there. We hear the concerns."

Still, Turner added, some people downstream are "spreading complete misinformation," adding that a rumor of a study about negative downstream effects of the lake plan is "fictitious."

"We recognize that there was a downstream concern, and we've addressed it in the (environment impact study)." That environmental document should be public by May or June. Others further downstream still have their doubts, though.

The state's largest oyster reef is on the western Gulf Coast, just off Hancock and Harrison Counties to the right of where the Pearl empties into the sound on a map. Consequently, the Pearl is vital to oyster production, a fickle and variable process from year to year. Oysters depend on a mix of salt and freshwater to grow well, and storms, water salinity and quality are all factors that affect the delicate process of harvesting good oysters.

Jamie Miller, the executive director of the Department of Marine Resources, said his agency has monitored the developments with the Levee Board's plan to flood parts of the Pearl and add a weir (a dam) at the bottom of the "lake." Miller said it was premature for his department to say definitively whether or not the project would have an impact on the oyster industry.

A 2015 report from the governor's Oyster Council lists "insufficient fresh water quantity" as one of the challenges facing the oyster industry on the Mississippi coast. Miller said Hurricane Katrina wrecked most of the reefs in 2005, and the state has been rebuilding them ever since. 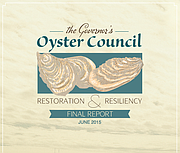 Altering the amount and natural fluctuation of freshwater inflow is one of several factors that affects the freshwater flow to the oyster reefs, the report says. Mississippi's oyster reefs are public, so the State owns the oysters, technically speaking. The commercial fishing industry uses the state-regulated reefs to harvest and sell oysters to dealers.

The latest One Lake project proposal promises to not affect the quantity of water flowing downstream in a significant way.

"Our report will show that there is a minimal, if any, impact to the quantity and quality of water going downstream," Dallas Quinn, who represents the Pearl River Vision Foundation, said. The PRVF was founded in 2001 to support damming the river into, first, two lakes and now a scaled-down project to offer flood control as well as waterfront development on both the Jackson and Rankin sides of the river.

Quinn says the project will not lower the already low-flowing water currently released from the Ross Barnett Reservoir. The report will address evaporation rates as well as the flow of water. The project proposes building a weir at the bottom of the "lake," something that has drawn the ire of multiple groups and residents downstream.

In 2015, the Mississippi Commission on Marine Resources passed a resolution against any proposed reservoir on the Pearl River. "Significant financial harm to the State of Mississippi and its citizens would result from any further reduction to natural freshwater inflows to Mississippi's fragile estuarine areas," the resolution says.

"This harm impacts the commercial and recreational fishermen, natural and artificial reefs, and the economy of the Coast and State of Mississippi ... the Commission is opposed to the permitting or construction of any dam or weir that would further reduce the natural seasonal flows of freshwater into Mississippi's estuarine waters."

Miller said the commission has passed no new resolutions to replace or negate the 2015 one. He said the oyster industry and his agency are waiting for the PRVF's report to be released with more environmental impact information in it.

"We hope a project exists that can do no harm, but we will certainly make it known if it has an adverse impact to oyster resources," he told the Jackson Free Press. 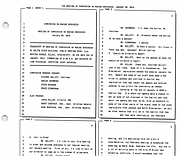 About More Than Flow

Julia Cherry, a biology professor at the University of Alabama, has studied the wetlands and marshes along the Pearl River, specifically in the Pearl River Wildlife Management Area. She said that while weirs and dams can affect flow, what she is most concerned with is how they catch sediment necessary to cultivate the growth of wetlands on the coast.

"Coastal wetlands along the Gulf Coast are sediment deprived in most cases, so part of the reason why that's happened ... (is there's been) 100 years of levees and dams along most of our waterways; dams hold water and sediment back," she said.

Wetlands along the coast provide flood mitigation as well as shelter to what is behind them from storms and hurricanes. On the coast, these wetlands can take the brunt of a storm's damage, depending on how the storm hits land.

While marshes, groves and wetlands make up a small part of environments worldwide, Cherry cited a 2014 study that found that wetlands, specifically tidal marshes and mangroves, have significantly increased in value because of they provide "storm protection, erosion control and waste treatment."

"Wetlands act like sponges and the kidneys of the landscape. They can soak up water and release it more slowly so you don't get those flood spikes," Cherry said.

Proponents of the "One Lake" project maintain that their project will not affect downstream flows—and more details will be clear in the environmental report, once released. Turner said that once the EIS goes public, independent engineers will vet the plan as the Corps requires.

To date, the local Pearl River Vision Foundation has hired and overseen all engineering, economic and environmental studies. It raised $1.8 million to pay for the draft EIS, which should go public by May. "(The foundation) took no money; all went to the professionals for their services," Turner said, adding that the Levee Board signed off on the expenses. Turner said the board has been talking to the Corps throughout the prep of the EIS and believes it meets most local and downstream concerns. "We don't expect to have huge changes we have to make, I'm hoping," he said March 17.