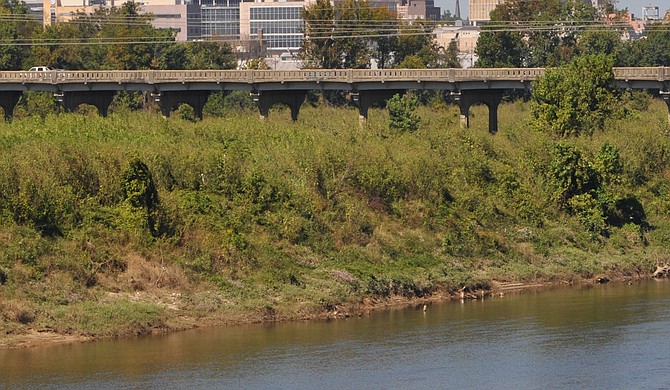 The ‘One Lake’ plan to widen the Pearl River for development and flood control in the Jackson metro is part of the U.S. Congressional Water Resources Development Act of 2016. File Photo

The "One Lake" flood-control/development project will move forward under a new U.S. president and the Republican-controlled House of Representatives, members of the Rankin-Hinds Pearl River Flood and Drainage Control District say.

The group of elected and appointed representatives from Pearl, Flowood and Jackson, known as the Levee Board, meets monthly in the Flowood City Hall. At the last meeting, members expressed confidence that federal legislation, known as the Water Resources Development Act of 2016, or WRDA, will pass in the next session. The legislation gives Congressional approval to the projects contained in it, including the One Lake project, but does not guarantee funding for it in the bill.

Proponents of long-time plans to build a flood-control development along the Pearl River in the Jackson metro have long thought a Republican administration would be more likely to allow it to happen than a more green-focused president, such as Barack Obama. The lake plans, past and present, have been environmentally controversial both locally and down-stream as far as Louisiana.

Level Board members consider the scaled-back "One Lake" plan to be smarter for the environment than earlier versions, however. The project proponents argue that the best plan for flood control is to move a weir (low dam) on the Pearl River south of Interstate 20 slightly to the southeast of the end of McDowell Road. This would allow the river, in times of high precipitation to widen and deepen to become a lake. Downstream interests worry about slowing the river's flow, affecting the salinity of the water in the marshlands where the Pearl meets the Gulf of Mexico.

"I've always had issues, or concerns rather ,with the environmental impact. I think at this point I am fairly satisfied with our ability to move forward without there being any real detriment to the environment," Levee Board member and Mayor Tony Yarber said during a Dec. 9 interview.

"The other side of that, though, is what it means to Jackson, and quite frankly at the end of the day if I do my job appropriately and (also) folks on (the Levee Board) whether we represent Jackson directly or Hinds County, it could really give Jackson the kind of a boost and shift that we need both economically and in making Jackson a destination place, so its got its opportunities."

Wealthy oil magnate John McGowan has pushed a lake development project for the Pearl for years. Now with its "One Lake" proposal, the Pearl River Vision Foundation, which McGowan started and steers, expects the U.S. Army Corps of Engineers in Vicksburg to return the feasibility and environmental impact study for the current project soon. The foundation will bring that study before the public for review in the next few months.

Greg Raimondo, public affairs representative for the Vicksburg office of the Corps of Engineers, said the PRVF study to the next review stage—by the national office—at the same time that the PRVF has an independent engineering firm review the plan. After the Corps of Engineers approves the project, the public can review the plans during public meetings here in Jackson and downstream. Raimondo expects the process to take months at least.

The project's biggest hurdle is financial. The estimated costs for the project exceed $300 million, and for any federal funds to reach the project, the deputy secretary of the Army in charge of civil projects must approve the plan.

U.S. Sen. Roger Wicker, who sits on the Senate Committee on Environmental and Public Works, sent out a press release in September praising efforts to bring more projects to Mississippi. "This bipartisan legislation attempts to achieve all of these goals by clearing a backlog of critical projects," Wicker said in the release.

Wrapped into the bill are other water projects that affect the Pearl River further downstream. Gulf Restoration Network's Water Program Director Andrew Whitehurst pointed out that while the Corps could approve the One Lake project, slowing the Pearl River could undermine other projects included in the WRDA, including removing navigational locks from the lower Pearl River.

Whitehurst said the flow of sediment downriver is crucial to the ecological systems downstream, which the Ross Barnett Reservoir already hampers.

"The wetland destruction, habitat loss, alterations to flow, evaporation and other downstream effects from a new lake are consistently downplayed when the lake promoters pitch this project," Whitehurst wrote.

The Pearl River brings more freshwater to estuaries at its lower end than all of the Pontchartrain basin rivers combined, Whitehurst said, including "Lake Borgne, the Rigolets, the Biloxi Marshes of St. Bernard Parish, the Hancock County marshes in Mississippi and the western Mississippi Sound," which "all need the Pearl's freshwater flow to help keep salinities moderate." That moderation stabilizes the quickly-retreating marshland in Louisiana that depend on the moderating effects of the freshwater Pearl on the salt water of Heron Bay and Bayou Caddy.

"Also having Mississippi spend $50 million to rebuild and protect the marshes at the Pearl River's lowest end, while aiding an upriver project that would work to starve the same restoration of needed fresh water, reveals some confusion at the state level," Whitehurst wrote on the organization's website in October.

See jfp.ms/pearlriver for past coverage of lake proposals.