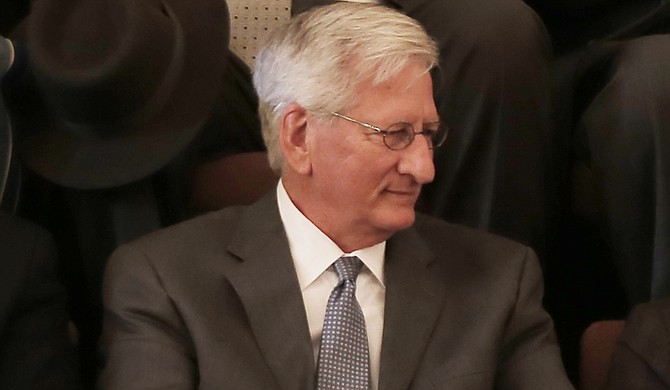 The state's foster-care system's director, Dr. David Chandler, said the state must increase his division's funding to meet a court-ordered deadline of May 15. Photo by Imani Khayyam.

Children have died and suffered mistreatment in the state's foster-care system, and the Mississippi Department of Human Services is requesting $34.4 million to change conditions that lead to the abuse.

The Division of Family and Children's Services, the new foster-care division of MDHS, told the House Appropriations Special Committee on Public Health on Monday that it needs the funding to get started—and to avoid federal receivership. The $34.4 million would provide the baseline of funding for an infrastructure of social workers that have yet to be hired and technology to support those workers.

An outside consulting firm, Public Catalyst, will review the foster-care program by May 1 and determine if it's met court order obligations to avoid federal receivership. The state's foster-care system is embroiled in the 2004 Olivia Y lawsuit, filed on behalf of the state's children who have died and been mistreated in the state's care, and if the new division cannot prove they have made big changes or strides, the feds will take over the system. On May 15, all parties in the lawsuit will file a final court order to determine whether or not federal receivership is necessary.

Takesha Darby, who spoke on behalf of the Division of Family and Children's Services, said the division is looking to fill 347 positions with fiscal-year 2017 funding—260 of those positions are in-the-field social-worker positions.

Darby told the committee that a caseload audit conducted by Public Catalyst determined that 521 social workers are needed to work on the current caseloads the division has, but the division is only requesting half that amount at least to start and then will request funding for the rest of the social-worker staff in fiscal-year 2018. As of fiscal-year 2015, 7,557 children are in the state's custody.

"Not only are our workers responsible for children in custody, but they also do preventive work with families to keep kids in their homes and prevent them from coming into custody," Darby said.

A new report from Public Catalyst, due March 1, will reveal how many more social workers are needed in the state, Darby said. Findings from that report will influence the division's fiscal-year 2018 request.

Gov. Phil Bryant created the Division of Family and Children's Services last year, after the state admitted it has not met court-ordered requirements in the Olivia Y lawsuit. Part of the court order required an overhaul of the state's system, which led Bryant to appoint Dr. David Chandler as the division's executive director in December.

Chandler and his staff are now hard-pressed to meet the court's May deadlines to show significant progress and change in the state's system. Several of the changes require monetary support from the Legislature. If the division cannot prove the turnaround, the state's foster-care system would be the first nationally to go into federal receivership.

In late January, speaking to a Jackson State University Social Work conference, Chandler said the Legislature must increase funding for his division so he can, in turn, hire social workers and raise their salaries. 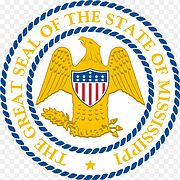 Part of the Olivia Y court order required the state to hire a consultant—Public Catalyst—to conduct reviews of the state's foster care system. One review, published Nov. 24, recommended piloting "a targeted, county-based privatization of child welfare services (excluding child abuse and neglect investigations)." This privatization pilot would begin with a 12-month planning period in counties with "the need to expand and strengthen services for children and families ... strong private capacity ... and ample public agency leadership support for the collaboration."

The report also recommends focusing on family-based placement of foster children and moving away from group homes and equipping caseworkers with better tools, such as smartphones and tablets, to conduct fieldwork.

The division's budget request on Monday included one-time funding for tablets for social workers. "Social workers need tablets to do case updates instead of waiting to come back to the office," Darby told the committee. The court order set a May 1 deadline for all investigators at the division to have smart phones or tablets.

The division is also asking for funding to increase salaries for social workers so that hiring and retaining staff will not be a challenge.