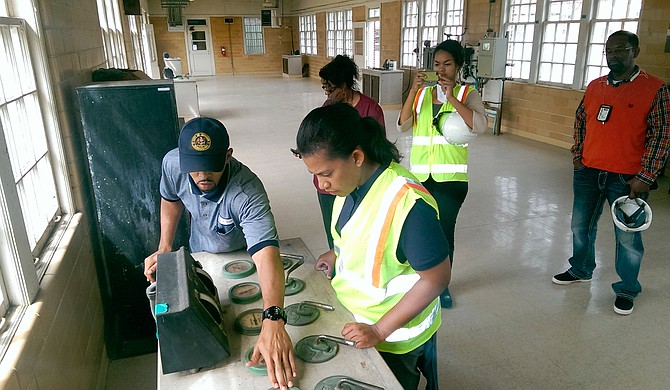 Kishia Powell learns how to clean filters at the city’s 100-year-old J.H. Fewell Water Treatment Plant from Terrance Byrd, the plant’s operations manager. Later that day, she also helped repair a broken sewer line, resurface a street, mop floors and process water payments, all tasks that fall under her direction as public-works director.