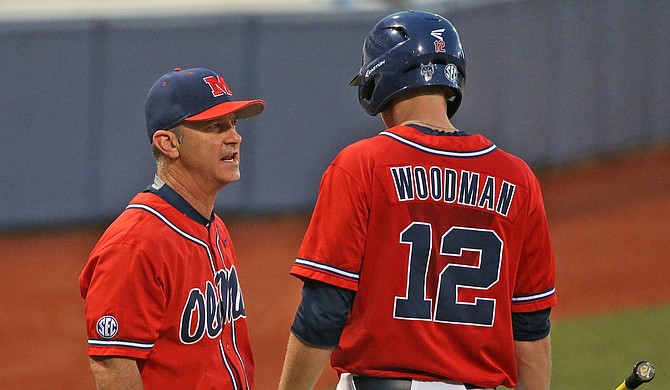 Ole Miss baseball's run to the College World Series semifinals last summer was a breakthrough for 14-year head coach Mike Bianco. It was his first trip to Omaha, Neb.—the annual site of the CWS—after years of coming up short in the NCAA tournament.

But if last season removed the oversized monkey from Bianco's back, this year proved his overall worth to the Ole Miss program. No one expected much of the Rebels this season. SEC coaches picked them to finish sixth out of seven in the West. That's what happens when you lose the Ferriss Trophy winner, a Johnny Bench Award finalist, your Friday night ace, a total of six starters and eight MLB draft picks from a 46-19 club.

For most college baseball programs, that's the forecast for a sinking ship. Bianco not only kept it afloat but also steered it on a successful voyage to yet another NCAA regional port. This year marked the program's 13th NCAA trip in 15 seasons under Bianco and was one of his best jobs at the controls.

The Rebels went 30-26 against the No. 1 ranked schedule in the country, according to college sports tracker WarrenNolan.com. They finished 15-14 in the cutthroat SEC and fourth in the Western division, two spots above the coaches' picks and one of just six teams above .500 in the league. On Monday, May 25, the NCAA selection committee rewarded the Rebels with a solid No. 2 seed in the four-team regional in Los Angeles, which No. 1 overall seed University of California, Los Angeles will host.

It's no jackpot, but it is a sizable return when you consider Bianco's hand. Reliable starter Sam Smith was one of the few mainstays from last season who returned to Oxford; unfortunately, his stuff didn't. Smith went 2-5 with a 6.41 ERA, forcing Bianco to mix-and-match his Sunday starter. Christian Trent pitched respectably as the ace but lost six games (7-6), compared to 9-0 a season ago.

Pitching wins in baseball, and the Rebels finished 13 out of 14 in the SEC in team ERA. They didn't hit much either as a young lineup struggled to replace the big veteran bats of a season ago. The Rebels ranked 10th in the league in batting average and eighth in runs scored.

With those numbers, it's a wonder the team won a series, let alone two, over No. 1 ranked teams University of Florida and Vanderbilt University, and 15 total SEC games. The answer lies in Bianco's consistent command. He's the consummate baseball manager who lives by the grind. The bigger the stakes or more difficult the situation, the more he trusts in the process. That approach enabled the Rebels to scratch out enough wins week by week to stay afloat while never playing great baseball. They lost five SEC series but were never swept, and finally got hot late in the season.

Ironically, that same approach is partly the reason for Bianco's shortcomings in big postseason games. Sometimes, it takes more than method; it takes an ability to seize the moment. But it paid dividends this regular season when the Rebels could have come away with empty pockets.

Can the Rebels make another postseason run? It's not likely. They'll have to get through a UCLA program that is firing on all cylinders again after winning the national championship in 2013. The Rebels just don't have enough firepower.

But the best team doesn't always emerge from the game's fickle fray. Look no further than Jackson State University's shocking upset over No. 6 overall seed and regional host the University of Louisiana at Lafayette in this round last year.

Bianco's plight may be the better example. The Rebels have lost regionals with superior teams and experienced the reverse last year in beating Louisiana-Lafayette to clinch the breakthrough CWS birth.

In the double-elimination four-team format of the NCAA regionals, anything can happen. There's an element of randomness unique to baseball that rears its decisive head every year around this time. Championships are the final judgment, but getting and staying in the mix is an equal part of the ledger.

Last year's magical run bought Bianco an armored-truck worth of equity with an Ole Miss fan base, not to mention media, that had continually speculated on his contract status under the auspices of the Omaha drought. But the fact that we're talking about the Rebels' chances in a NCAA regional again a year later proves why the school kept paying market value for Bianco's leadership in the first place and will do so for years to come.