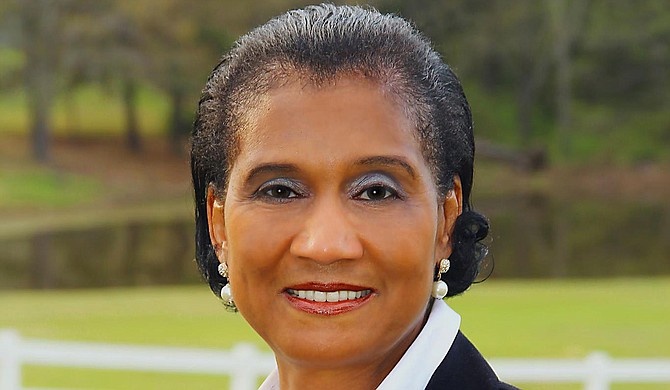 Summer was just beginning in 1969, as Vikki Mumford and her childhood friends listened to Diana Ross on the radio. Mumford, who was set to start college the following the fall, said her life has been neither calm nor lazy since then. After she graduated from Alcorn State with a degree in political science in 1973, Mumford went to work as a paralegal for the Legal Service Corporation. "I always wanted to be around the legal world, so I enjoyed the typing of complaints and pleadings," Mumford said.

Because of her performance, an interview with the U.S. District Court landed her a job with them the same day. She eventually rose to the position of district manager, and finished a master's degree in public policy and administration at Jackson State University in 1998.

Mumford, 63, and her husband, Alexander, have three adult sons, one of whom, Gerald, is a municipal judge in Jackson. Mumford talked to the Jackson Free Press about why she is running for Hinds County circuit clerk for a third time.

What made you want to be the circuit clerk for Hinds County?

Because of my background with the district court. I wanted to go to the Mississippi (College) School of Law, but they stopped offering courses at night. I had a pretty good job as a court administrator, and I had a family to raise with my husband. I decided, "This is a pretty good job. I will just stay right here and make a career out of this, and then the next step up would be circuit clerk." I went as high as I could in district court, so I want to be circuit clerk to make a difference.

Tell me about your experience coming to the clerk's office.

Well actually, when I came to the court I came in at the bottom level, as an intake person. And then (I was the) deputy clerk who handles all the papers in the office, including the civil and criminal filings, bankruptcies, issues summons and subpoena, works on jury summonses and material.

Judge Henry Wingate liked me because I had a lot of prior knowledge, and I knew how everything worked so I was the experienced one on the team.

If elected, what would you do to modernize the office?

When I first pursued this office, they were not doing e-filing and all of that. My plan is to take it to the next level. They still manually do criminal cases.

There is a certain point, I'm sure, that you could do criminal matters. I'll make sure everything is electronic. Then I want to maintain the files better. I want to have an off-site facility to store all the files so they will be well-maintained, and accessible upon demand because we cannot relive our history, and certain documents have to be kept away from moisture; otherwise, they may become unusable.

Looking back over your careers in public service, are there any incidents that really stand out to you as preparing you to step into this role as circuit clerk?

Just when we started in the district court, we had 1,400 cases, and that is just not human! The average caseload is like 350 nationwide. The cases weren't really managed well here in the district court; I mean, there had not been a pleading for a year, year-and-a-half. Right off, we probably dismissed 150 cases, just by looking through them and managing them because I had the skills to do that from working in Clarksdale. We (made) sure the case didn't just sit there, so we dismissed those cases, and then we got down to the rest. There were a lot of difficult cases for the judge too. The savings-and-loans going bankrupt, and all kinds of stuff going on.

We plowed through those, but those took a long time. The most outstanding case we had was one that lasted six months, and we got assigned this case in Hattiesburg, so we stayed in Hattiesburg for six months.

We went in the fall, and I was thinking, "My kid better not graduate from high school before I get out of here." That was 1993, and every Monday we would go to Hattiesburg. It was a hassle. That was the most challenging part of my job, those six months in Hattiesburg.

A case that really stands out: This girl, she was a movie star, and she wanted her mandible (jawbone) changed. She said that she wasn't symmetrical. So they went on the inside of her chin and altered her mandible, but in the process, she lost her dimple, and her dimple was just like her signature. In addition, when they conducted the surgery, they had to go back in and she had an 18-month-old baby, and the baby would just play with her face and hit it.

It got to the point where she could no longer hold her baby because her face was so sore, and she complained all the time. Her marriage was even ruined by her having this operation. That trial probably lasted two weeks, and they had X-rays that went in and would see some kind of cutting.

Even at closing arguments they came up with this weird X-ray that swayed the case. The lady got maybe $100,000 because she had lost her dimple.

Yes, that was kind of interesting. Seeing a beautiful woman—still beautiful, but she didn't think she was because she had lost her dimple.

Tell me a little about how you are different from the other candidates in this race?

My experience is different. It's unique because I've worked in a district court, and I have worked in every facet of that office, even finances—paying the jury and everything.

I understand every facet of the office, and I could bring a fresh, new, solid vision to that office because of my experience with the district court. What we did was standardized across the nation. If I left Jackson and went to Philadelphia, Pennsylvania, they would still be doing the same thing, and on the first day I would just have to know where things were in the office, and we could still function. I think our operation was a little bit higher than that of state courts.

Therefore, I think that I can raise this office up with premier customer service, maintaining documents better and making sure everything is electronic, which will eliminate errors and increase efficiency.