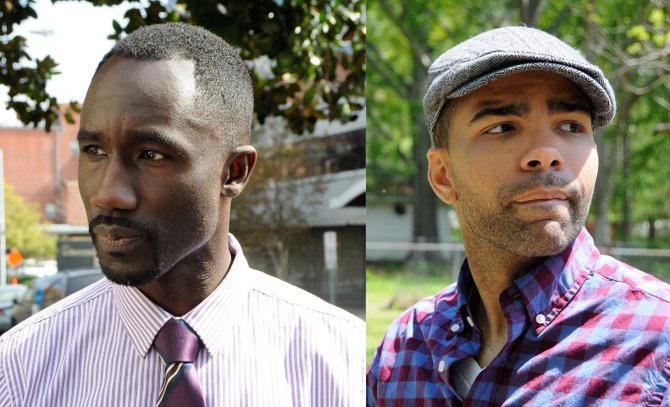 JACKSON — NOTE: This story has been updated with new information and Citizens for Decency documents here.

William Dilday said today that he was the middleman who facilitated placement of a controversial anti-Tony Yarber mayoral campaign ad that starting running on local television stations yesterday—without the knowledge of Yarber's opponent, Chokwe Antar Lumumba.

Dilday, a long-time Jackson television executive, is now owner of Kerimax Communications LLC. He told the Jackson Free Press today that attorney Precious Martin came to him with the campaign ad on behalf of a political PAC called Citizens for Decency, which Dilday said is chaired by political operative Greg Brand.

The ad contains a video Yarber had previously posted online of him looking in a mirror and imitating "the selfies chicks take when they in the Club and they feeling themsel(ves) in the bathroom—ducklips!" He gestures to imitate the women in clubs, including holding his crotch. That and other "Man Tips" videos disappeared from YouTube earlier in the mayoral campaign.

"I do ministry for people ages 2 to 92," Yarber told WAPT Friday when shown the ad. The video, he said, has "helped tons of young ladies, as it deals with self-worth." He said people "take the way we do ministry and try to spin it for political gain."

Supporters passed around a Yarber statement this morning emphasizing again that the selfie video was shown to young women and girls as part of a ministry effort. "It seems to me that the methods in which we do ministry has garnered the attention of some and (are) being ridiculed. Let me be clear: This video is not something that I am embarrassed or ashamed of. Apologizing for this video would be diminishing the deliverance that took place in the lives of countless young adults and I do not apologize for being a servant to people."

The councilman, pastor and former elementary-school principal said in the statement that the video is one of a series distributed through social media designed to "assist women in understanding their self-worth and self-image."

Not all of the videos were geared to young women, however. Some were "Man Tips" videos targeted to men. In one, Yarber is speaking directly to the camera, telling men he wants to talk to them about "what all of us spend 80 percent of our time plotting about. ... It's called sex." He says men's appetite for sex often goes beyond "what women understand about us." He urges men to cultivate the "ultimate tease" to keep women interested sexually.

Reached by phone today, Greg Brand flatly denied any involvement either with Citizens for Decency or the video. "I have no idea whatsoever why Mr. Dilday would say that. … No, I don't work with Precious. I haven't seen Precious in years," Brand said.

Brand added that he supported Regina Quinn in last year's mayoral election and voted for a different candidate earlier this month but plans to vote for Lumumba in next week's runoff. Brand, whose name has been associated with negative campaigning in the past, said that he told journalist Bill Minor one time, "I'll be dead and buried, and they'll still throw my name around."

Reached a second time, Dilday seemed puzzled by Brand's denial and reiterated what he said in the first interview today: that he dealt directly with attorney Precious Martin, not Brand, but was told it was "Greg Brand's group" behind the ads. "I was hired to buy time for the company that produced the ad," Dilday said in the first phone interview today with the Jackson Free Press. "I placed it on all four TV stations (WLBT, WAPT, WJTV and WBBD/FOX) and on Comcast." He confirmed that the TV ad was tagged "Paid for by Citizens for Decency."

A phone message left at Martin's office for comment has not yet been returned.

Dilday said that posts on Facebook indicating that he was behind the ads because he has had disagreements with businessman and developer Socrates Garrett are patently false. "I was functioning as a buying service. I didn't approve anything," Dilday said. "Either I take the job, or I don't take the job."

He added: "I don't know how Socrates got into the picture. I thought Tony Yarber was running against Chokwe Lumumba." Until recently, Garrett was the chairman of the Greater Jackson Chamber of Commerce. Among other projects, Garrett is locked into a legal dispute with his former partner in Farish Street and Metrocenter development, David Watkins, and owns the Mississippi Link newspaper. He has been criticized for supporting Gov. Haley Barbour, a Republican, in the past, and was reportedly involved in a fist-brawl with Dilday at the bar of the Wathall Hotel over a 2010 Jackson Free Press article that reported his support of Barbour. Garrett is Yarber's top donor, giving at least $30,000 to his campaign this cycle.

Dilday denied today that his involvement was about anything but doing business with the Citizens for Decency group.

When asked if Chokwe A. Lumumba had knowledge of what is being called an "attack ad," Dilday answered emphatically: "I know he didn't have knowledge of it. (The PAC's) people said 'he has no knowledge of what we're doing." Dilday emphasized that he dealt directly with Martin about the ad, and not Brand or anyone else.

The JFP has located no PAC contribution or registration reports for Citizens for Decency. There is, however, a Citizens for Decency Inc. in good standing with the secretary of state's office since 1986, but no officers or other documents are included. It is unclear, so far, whether this is the same organization.

Dilday said that an attorney for Yarber had sent a cease-and-desist letter to Channel 12 saying that the video was copyrighted and should not be used and that he understands that the letter was sent to Martin. He did not have a copy of the letter, he said.

Candidate Lumumba posted on his Facebook page today: "I understand a cease and desist letter has already been provided to all media outlets. I urge all media outlets to honor that request and cease all viewing of this advertisement. This ad and ads like it are not only deplorable and disrespectful, but they cause division and dissension among voters."

But, Dilday said, he is not clear on why the ad should not be run with scenes from the Yarber video, which was public until recently. "My question is: If you put on a candidate in his own words, is that an attack ad?"

Both candidates seem concerned today about what supporters are doing on their behalf, even though both of them pledged in front of City Hall recently to avoid negative campaignign. "My word is bond!," Yarber wrote on Facebook today. "NO negative campaigning. If you're #teamyarber, I need you to adhere to that stance. I appreciate your defense of the vision. I urge you to continue to defend it. But, I demand that you do so with class!"

Lumumba emphasized, though, that there is a difference between personal attack ads and raising issue-based concerns about his opponent, such as when the candidates asked each other questions about their records in debates. "[T]here have been questions that I've requested of Mr. Yarber in those debates that have all spoken to the issues. Things about leadership, things about his ability to lead, things about his past leadership, and I thought those were fair game, fair questions to ask, and that's why I talked about them," he said.

In Thursday night's debate, for instance, Yarber backed Lumumba into a corner over his apparent lack of knowledge of New Market Tax Credits; Lumumba could not explain what they were and did not know they have been used recently in Jackson, such as with the King Edward redevelopment.

Lumumba challenged Yarber on not filing legally required annual financial disclosure reports to the state Ethics Commission for several years, and asked him about statements he had made in his "Man Tips" book about having to defer to his wife on financial matters.

Today, in the WAPT interview, Lumumba drew a contrast between those kinds of questions and the Citizens for Decency ad that uses video that has been circulating in social media and email boxes for weeks, including by campaigns of candidates who did not make it into the runoff. "Many of the images used in the ad, the attack ad we saw today, are things that were shown to me a long time ago as many of the other candidates. I made a conscious decision not to use it in spite of the negative campaigning that has been displayed against me. I did not do that," Lumumba said.

Lumumba also challenged his opponent for "playing the victim," considering that he had been on the receiving end of being called "all kinds of names and questioning my Christianity." Last week, the Lumumba campaign posted on Instagram about Yarber supporters, including pastors, trying to paint him as a Muslim—which political opponents of his father did last year as well.

In last year's campaign, as well, the campaigns disavowed knowledge of smear efforts, including flyers left on cars in church parking lots.

Like Lumumba, Yarber vowed in his statement today to oppose "negative" campaigning and called on his supporters to do the same. "Finally, great citizens of Jackson," he wrote, "I do apologize that you have been subjected, once again, to negative politics. We have issues in this city that we need to address, and you need a leader who can address them on next Wednesday. I am ready to work for you from day one. That is the type of leadership you deserve. To that end, the Yarber campaign is still committed to (our) vow to run a CLEAN campaign. See you at the finish line."