Lee Attempts to Paint Lumumba as 'Other' 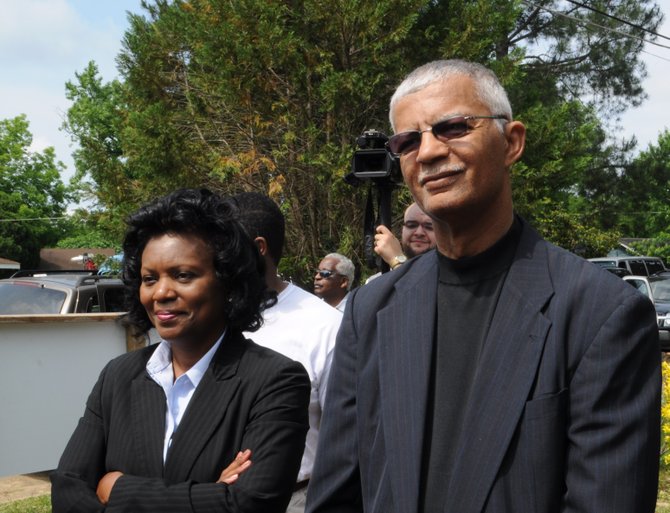 With just two days remaining before Jackson voters return to the polls to pick the city's next mayor, businessman Jonathan Lee's campaign is attempting to define rival Councilman Chokwe Lumumba as a non-Christian, anti-American police-hater.

In recent days, Lee supporters have circulated material raising questions about Lumumba's Christianity as well as his attitudes toward police and the Democratic Party. Lee's own Democratic cred has been questioned throughout his campaign because of the strength of his support in Republican corners of the capital city and his time spent living in Rankin County.

A new ad from the Lee campaign featured in a WJTV news story contains a seconds-long snippet from a February 2009 event in which Lumumba states: "There's no question that we're not a Democrat like Barack Obama."

Lumumba's lack of affection for the Democratic Party does seem clear when the clip is watched in its entirety. In response to questions from a female audience member about whether he would run as an Independent or a Democrat, Lumumba offered:

"We said if listing on the Democratic Party ticket required us to sign anything, to sign an oath or say anything that we were going to do anything, hold these principles, we weren't going to do it.

"But there are two things: you can't win the election in Jackson, Mississippi, if you're running as an Independent. That is not going to happen. We've gotten too many test cases to see that that's the case. Second, once we win the seat, then we'll be in a position to do what we want to do—and will do what we want to do—which means what you'll be looking for is the creation of a new party in Mississippi, which will be called for by us."

Lumumba said the new party would be either the Mississippi Freedom Democratic Party or the Reconstruction Party.

Also, Lumumba explains in another video he doesn't like police because police officers in his hometown of Detroit routinely beat people within inches of their lives.

But the charge that is getting the most buzz is the challenge to whether Lumumba is a Christian. The Lee ad shows a three-second portion of the same Lumumba speech in which he states: "I don't know if Christ died and rose again. That's not my thing."

Again, considered in context, Lumumba's statements—which if true would suggest that Lumumba does not share the same beliefs as the Bible-believing Christians who make up the majority of the city's electorate—are much more complex that the brief bit that appears in Lee's ad.

In the clip Allen sent, Lumumba states that he does not know if he believes Christ rose from the dead. The following day, May 15, Lee held a press conference to announce several new endorsements from faith leaders. New Jerusalem Church Pastor Duane Pickett said it was important to him that Lee believes in the resurrection of Jesus Christ because "Jackson needs a resurrection." Subsequently, the Lee camp started airing the ad of Lumumba speaking about Christianity and making other controversial statements.

"All we did was to run with what he said," Lee told JTV.

Here is the full text of the video: "I've been baptized four different times, and I'm not ashamed to say it. I've been baptized as a Catholic when I was in Detroit when I had no control of it," Lumumba said of his childhood growing up in Michigan.

"I was baptized in Mississippi. When they started shooting at us, I went and got baptized. I went and joined the greater Clark Street Baptist Church. You know how the Baptists (do). They drop you in the water, and sometimes they let you go. Then I came back, and I've been in the United Methodist church. Now I'm in another church called Word and Worship, and I'm in another church called Solid Rock International Ministries.

"But look, don't come down to Mississippi talking about organizing if you're not going to be able to work with church people because if you can't organize church people, then you're not going to organize Mississippi. Now I have enough sense to know what churches to go into. I had a discussion with my minister, and I said, 'I don't know if Christ died and rose again. That's not my thing. I'm not into that.' But what I am into is community. I do believe that there is a God power, which I think comes from all of us, but that's just my view. And I do see the movement of people when they have—they can call it prayer, they can call it some kind of spiritual coming together, some kind of emotional coming together.

"But, see, I coach basketball and don't tell me you can't move people with intangibles because I've seen it happen. I know it happens, and so especially when you're getting shot at, you get religious real, real quick. So the point to make is this: We have to understand the culture of people. We can't be disdainful of the culture of people. Now that doesn't mean that you can't be an agnostic or an atheist if that's what you want to be, but at least respect the culture of the people and move accordingly."

Lumumba's supporters, such as District 5 Supervisor Kenneth Stokes, called the suggestion that Lumumba is out of touch with the values of Jacksonians preposterous:

"It's just nonsense coming out of evil people's mouths. Chokwe has done more work with young people in this community, coaching basketball and mentoring them, showing them there's a better way to live. As Charles Tisdale would have said, Chokwe is a man among men. He's the type of leader who won't back down. This is Jack-town, and we need a man. I'll repeat it in case somebody didn't hear me. We need a man."