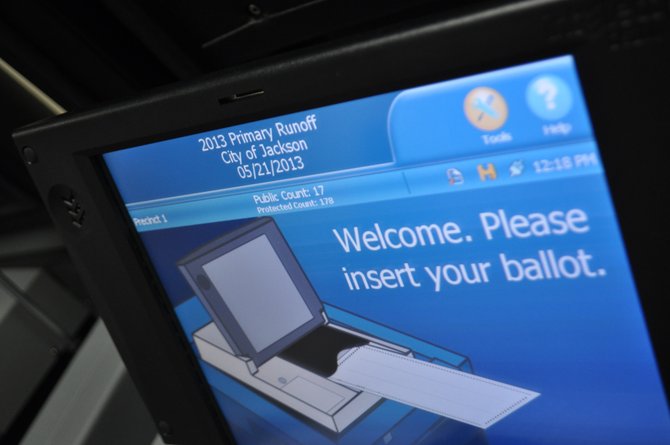 In the final hours of the Jackson mayoral election, a group called Citizens for a Better Jackson is making a push to beat back gains made by Ward 2 Councilman Chokwe Lumumba. Photo by Trip Burns

Citizens for a Better Jackson PAC 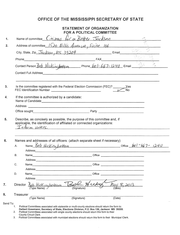 In the final hours of the Jackson mayoral election, a group called Citizens for a Better Jackson is making a push to beat back gains made by Ward 2 Councilman Chokwe Lumumba.

The political-action committee statement of organization lists longtime political operative Bob Hickingbottom as a director. Hickingbottom's PAC, which has not submitted a legally required campaign-financial disclosure report showing the group's political fundraising and spending, is running radio spots featuring a portion of a speech Lumumba gave in 2009 in which he expresses doubt in whether Jesus Christ rose from the dead.

Reached this afternoon by phone, Hickingbottom refused an interview. "I'm out here today trying to vote and pick up my grandson and I'm just so doggone hot today and I'm just not up to it," Hickingbottom said, adding that he would speak to JFP editor Donna Ladd after the election.

"Don't come down to Mississippi talking about organizing if you're not going to be able to work with church people because if you can't organize church people, then you're not going to organize Mississippi. Now I have enough sense to know what churches to go into. I had a discussion with my minister, and I said, 'I don't know if Christ died and rose again. That's not my thing. I'm not into that."

A narrator then advises voters to get to know a candidate before they cast their ballot.

By press time, the Jackson City Clerk's office has not provided the JFP with campaign-finance forms for any political-action committee that goes by the name of Citizens for a Better Jackson nor could we find an address or telephone number for the group. A message left with the station manager at BDAY 99.1 was not immediately returned.

Chokwe Antar Lumumba, the councilman's son and campaign spokesman, believes the same group that produced the radio ads also produced a flyer placed on windshields outside churches over the weekend accusing Lumumba of being a "race traitor" and Jackson police informant.

Furthermore, congregants at a local church say they spotted Hickingbottom handing out the flyers.

"Well, take their word for it. I'm not going to talk you," Hickingbottom said.

Furthermore, Lumumba said the radio ads do not reflect his father's position. "He believes Jesus Christ is his savior," Lumumba said.

This morning at polls around Jackson, voting seemed brisk but overwhelming.

"We've been busy. There has not been a line, but it has been steady," said Verne White, a poll worker at Callaway High School. "Last time, it was crazy compared to this."

The Callaway electorate seemed to skew toward Lumumba. Leon Barron told the Jackson Free Press: "I voted for Chokwe Lumumba because he's the best candidate with the most experience, and the other guy is just a young punk, and that's all I have to say about that."

Meanwhile, voters at New Jerusalem Church, where Pastor Dwayne Pickett is a Lee supporter, were more measured in their responses. Many voters declined to speak with the Jackson Free Press or give their names.

David Day, a Jackson native who was born in Jackson but lived in Madison for nearly three decades before returning to the capital city six years ago, said he voted for Lee because Lee would do a better job than Lumumba.

NOTE: This story is being updated right now. R.L. talked to Hickingbottom and is about to add the whole audio. Definitely check back in a few minutes!

let me tell you Hickingbottom is a FOOL. i know him and his whole family.

he has not got sense enough to come in out the rain much less be some kind of political MASTER MIND.

too hot my FOOT. he is just too STUPID. he is afraid to talk to DONNA LADD!!!

Did RL get Hickingbottom's permission to record this conversation before it was published?
A better question might be is he required to get permission? I know from personal experience in Florida that permission must be granted, however I am not sure about Mississippi.

In Mississippi, only one party to a conversation has to give permission for a recording.