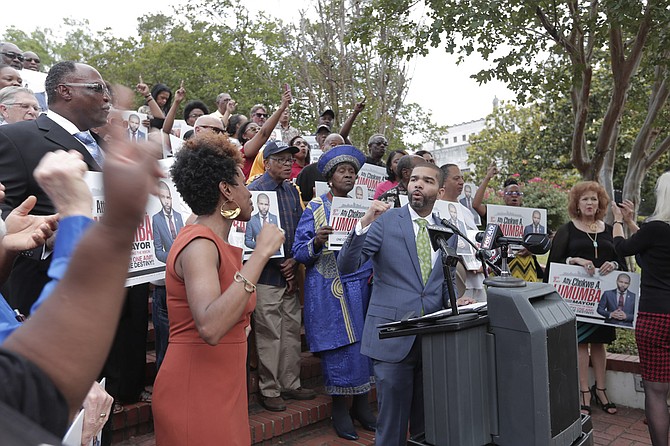 Following is a verbatim statement from Millsaps College. Read in-depth interviews with major candidates, city council Q&As and other coverage at jfp.ms.election2017.

JACKSON—A newly released poll conducted by Millsaps College and Chism Strategies reveals a highly competitive mayoral race. Jackson voters head to the polls on Tuesday, May 2 for the Democratic primary election to determine which of the leading candidates advances to the runoff in two weeks.

The poll, conducted April 26-April 27, indicates that attorney Chokwe A. Lumumba leads with 29% of the vote as Supervisor Robert Graham and Senator John Horhn and are currently at 20% and 19%, respectively. Incumbent Mayor Tony Yarber presently sits at 7%, while the remaining five candidates combine for 8%. Another 17% of likely Democratic primary election voters remain undecided.

“Jackson voters are clearly conflicted about which candidate is the best possible option for leading the city forward,” said Dr. Nathan R. Shrader, assistant professor of political science and director of American Studies at Millsaps College. “The field of candidates is quite large and several appear to be breaking away from the pack. This has certainly turned into a real horserace.”

The Millsaps College-Chism Strategies Survey also examined whether undecided voters are leaning towards one of the candidates, which issues are most likely to influence the way voters make up their minds in the closing days of the campaign, and trial match-ups for the likely May 16 run-off primary election between the race’s three front-runners: Lumumba, Horhn, and Graham.