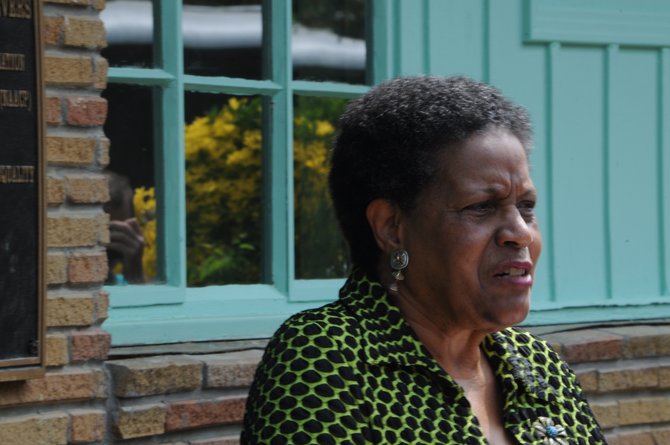 Myrlie Evers-Williams, now a scholar-in-residence at Alcorn State University in Lorman, attended a 50th commemoration of Medgar's assassination this morning in Jackson. Photo by Trip Burns