EDITOR'S NOTE: In Love, Life and Work, Do the Right Thing and Wait 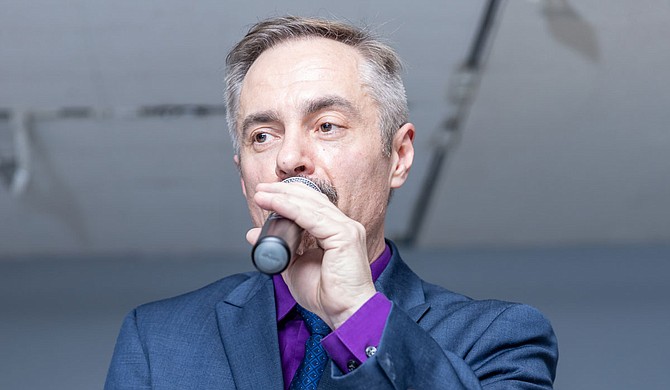 Publisher Todd Stauffer leads the awards ceremony every January to honor the Best of Jackson winners. And that’s not all he does. Photo courtesy Christopher McGee Photography and Aerial Services

Todd Stauffer and I tell the story of why we moved to Mississippi from New York City in 2001 quite differently. I talk about how he and I—then together a mere five years—came to Mississippi that year over spring break my last semester at the Columbia Graduate School of Journalism. Even though I was nearly 40 and had been a (self-taught) journalist for more than a decade by then, I had never ventured back into Mississippi to practice the craft of truth-telling. I'd done one form or another of journalism in New York City, Colorado, Massachusetts, D.C., and a snippet in North Dakota.

But cage-rattling the power structure and reporting truth to power here in the state that made me who I am was a scary proposition to my younger self. My now-deceased brother used to tell me that all those people up north and out west were going to run me off for exposing their demons; God knows what would happen back here in the tortured heart of Dixie that turned me into a sassy young feminist ready to bust proverbial kneecaps over racism and mistreatment of "the other."

On that pivotal spring break, Todd and I rented a red Mustang and toodled around the state, from the old Independence Quarters in my hometown of Philadelphia (where we were swarmed with kids; it was the car, not us), to Oxford (where we later considered living until Todd had a vision of a primer-gray truck and a huge Confederate flag), and in Jackson, where the actual "diversity" of daily life made us realize the often-clueless bubble we lived in on the Upper West Side of Manhattan.

Put simply, I got a hankering to come back to Mississippi "for six months," I told Yankee friends. I was toying with a book I could write here, and Todd and I both had freelance projects we could do from anywhere. And I had the urge to really dig into the pain of growing up in a town known for killing three civil-rights workers in 1964 and then not being willing to do a damn thing about it for decades. We were also witnessing the overly timid-if-well-meaning campaign to change the Mississippi flag, while not mentioning much about the deep pain and white supremacy it had long represented.

I suddenly found the courage to tell real stories right here, close to where my mama and daddies are buried in the red clay, where the legacy of racism engulfed me and made others outside here assume that I agreed with that ugly side of Mississippi due to my skin tone and accent. I wanted to tell beautiful and hopeful stories about overlooked and ignored Mississippians who had, like me, grown up with loving parents who, like my mother, couldn't read or write or were too scared or ill-prepared to speak up for themselves and others.

Todd, on the other hand, always shares the same one-liner after I tell people my south-toward-home origin story that led to this newspaper. "I said yes because the sublet was running out," he quips.

That was true, too. Our two-year lease was up, and looking (and paying for) apartments in New York City is a special kind of hell. Looking back now, though, to that decision to move to Jackson 19 years ago this June, and then to put down roots after the Sept. 11 attacks disrupted everything, I know Todd's quip belies the commitment he has made to this state and, if I may be sentimental, to me and my people.

Todd is one of the most talented and brilliant people I've ever met—he was 24 then and already author of numerous computer books, co-host of an Emmy-winning computing TV show, running a radio show out of Denver, a singer who could make money doing it—and he gave every skill and resource he could muster to my needy home state. Not just to me. To this state.

Todd is the opposite of Mississippi's brain drain. He followed me to Mississippi in perhaps the most committed act of love one could conjure, but once here he used his skills for the greater good. The Jackson Free Press, and the impact and careers and awards and hope and muckrakery we've spawned, would not exist without him. I can't imagine what my own career would look like without him. He has done so much for businesses, nonprofit organizations and individuals, often face-to-face in difficult conversations, in Mississippi.

The mantra that has kept this paper going through thick and thin came about early when I published cover stories against the Iraq War as it began and detailing powerful white men pandering to white supremacy and the "southern strategy" after then-Sen. Trent Lott praised the racist history of Dixiecrat Strom Thurmond. It's one thing to gently shake a stick or two when you're a billionaire, but try sleeping at night when your sassy partner unveils Mississippi's darkest secrets when you barely have two quarters to rub together. So he embraced the mantra that still keeps us going: "Do the right thing and wait."

Of Breast Cancer and the Warrior's Life 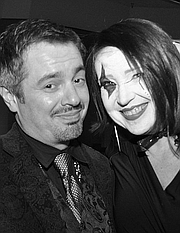 Donna Ladd's post that revealed her breast cancer and set ground rules for what happened next.

Todd has also supported and believed in me in ways that I don't think I grew up thinking I deserved. He has cheered me on, edited my work, spoken up for me, resisted finding and beating the hell out of someone trying to hurt me, and cried on my behalf after acts of cruelty and misogyny. In the last 16 months, he has dressed my wounds and helped me do literally everything I was not able to do as I went through three surgeries in just over a year, while keeping me laughing and feeling beautiful and loved no matter what tubes were sticking out of me.

All the while, Todd has become the most consistent newspaper publisher in the region (I've lost count of how many publishers and editors The Clarion-Ledger burned through since we launched in 2002) and has managed to avoid layoffs when times were toughest. He's kept this train on the tracks through sheer will and belief in our mission of helping Jackson and Mississippi be, and show off, our best selves. He studies not only racism, but sexism, so he can help be part of the solution for all our people.

The word "power" is often misused. It's not about money or controlling everything. To me, showing unconditional love—for a partner, a city, a state, a nation—through the toughest times is the most powerful one can be. And I couldn't be prouder than the man on this crazy journey with me.