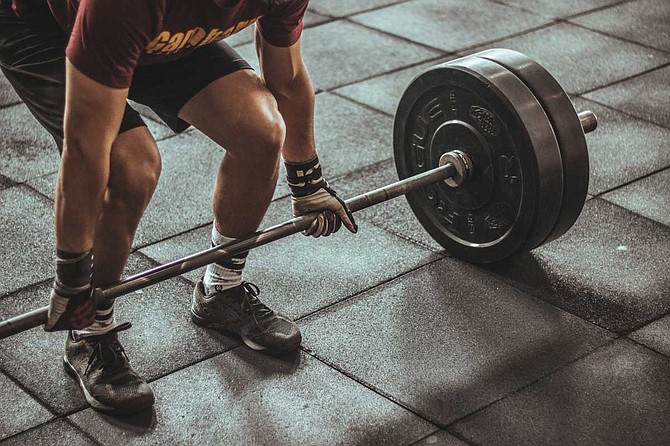 “Women haven’t been put on this planet to meet your needs or coddle your ego or make you a better man. Only you do that. Go make yourself a better man. Go to the gym, focus on your hobby, take up a sport, read.” Photo by Victor Freitas on Unsplash

We were at breakfast when Donna said that to me. I was immediately struck by the profundity of the statement—in part because it resonates with another one that I've internalized from my years of volunteerism as a racial-healing dialogue participant and facilitator: "It's up to white people to solve racism."

I'd been thinking of that second phrase after attending the recent Millsaps College visit by Tim Wise, the white anti-racism activist and writer. Wise is outspoken, hilarious and poignant, and he also focuses on the idea that it's the responsibility of white people to understand and "undo" the system of white supremacy that pervades America, even though so few of us are even willing to talk about it.

During the time that I've been active in Dialogue Jackson, I've had an opportunity to grow by meeting new people and listening to their stories. But I've also been disappointed by how challenging it can be to get white people to join these conversations.

Yes, the white folks who "self-select" for a race dialogue can be helpful to the process (and usually we have more to learn than we realize going in), but the ones we most need at the table rarely come. Some of them don't think things should change. Some "don't want to be yelled at." Some don't want to "feel guilty." Some just don't want to engage, because they personally don't think they've done anything wrong, and therefore don't feel like they need to take responsibility for making anything change on a grander scale.

But regardless of how white people think or justify the state of the world in their heads, the external reality is more straightforward—we benefit from privilege without any additional work on our part, and we have the option to "opt out." People of color don't.

How do we white people work on it? By talking about it—with one another. Calling it out. Learning how pervasive white supremacy still is in this country and how we benefit. Studying how systemic racism has affected neighborhoods; how history, public policy, banking, development, political boundaries and education have conspired as a system to maintain white supremacy; how many of us don't know what we don't know.

Which brings me back to sexism. Like racism, sexism occurs on a number of different levels.

At the interpersonal level—what I would call "bigotry" when we're talking about race—you've got guys who have a problem with women. There's been  another rising tide of discussion about "incels" (involuntary celibates) and, in particular, men who project their problems onto women and gin themselves up to get violent about it. Interpersonal misogyny doesn't have to be that overt, of course, but it's pervasive nonetheless and something men should talk about.

Here's my take—and I'm focused here on heterosexual men whose birth gender matches their identity, only because that's my experience. My mantra is this: Don't take it personally.

Women haven't been put on this  planet to meet your needs or coddle your ego or make you a better man. Only you do that. Go make yourself a better man. Go to the gym, focus on your hobby, take a public speaking course, take up a sport, read.

Have guy friends that you respect. Pick men who model behaviors you want to exhibit and spend time around them, learning from them. Go talk to your dad or an uncle you respect. He may not know everything, but what he does say may be interesting.

If you try to meet a woman and it doesn't work, don't worry about being "rejected"—don't take it personally. You do you. She does her. What she does or doesn't do is about her, not about you. Go ask somebody else. Be confident, casual, interested and free. Don't be a jerk.

At a higher level—let's call it "structural sexism"—we need to talk. Cisgender, heterosexual men need to enter the conversation, even if we don't think we're the problem. First, let's not take #metoo personally. There's no reason to "listen to refute" what women are saying here. We've no doubt lived in a male-dominated culture that needs to fully develop the modern response to support women's needs and desires as fully as it has supported men's. (When in doubt, Google Idris Elba on #metoo.)

Second, stop worrying about whether you get to "be a man" in the modern world. Being a man is the antithesis of "boys will be boys." Most women love a confident man, and that confidence is the opposite of taking advantage of women through your strength and privilege. There's a powerful, potent opportunity for us all to be better men, which includes being great listeners, strong partners, engaged fathers and mentors—and still be someone who gets things done and gets our own needs met.

Third, say something. In groups of guys, if it's sexist, point it out. You can be civil, but firm. On social media, call out jerks and lift up women's voices.

Finally, push back on the media. When you see an NBC piece worry-trolling over whether any woman can beat Trump, let them know they're idiots. (If you  actually run NBC News, Andy Lack, please try to get better at this, or retire, or hire more women leaders and run these ideas by them. Go count how many votes the last woman candidate got, too.)

Most of all, I believe that the more of us who work to be part of the solution—which is creating a culture where we project an authentic, loving, and nurturing form of masculinity that leaves room for women to feel both safe and powerful while men can continue being men—the quicker we'll get there, and the more fulfilling that culture will be for everyone involved.