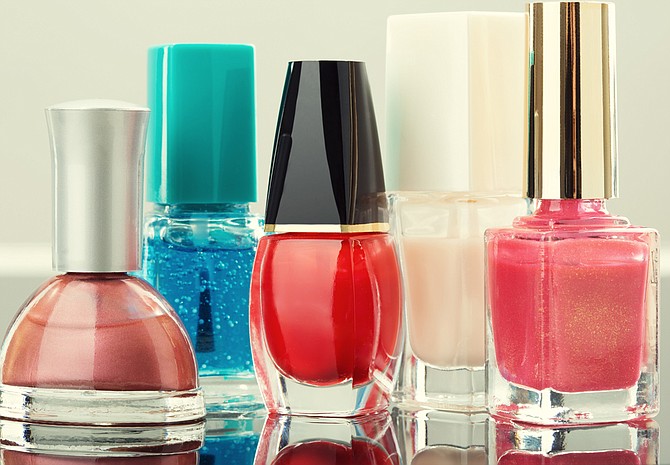 While multiple people in elementary school bullied me, one girl in particular stands out. She teased me relentlessly about my hair, my clothes, my mannerisms—everything. I remember feeling so miserable, and I tried to stop her from bullying me, but it only made the problem worse. To this day, I can still hear her laughing at me.

In an effort to keep myself from being bullied in middle and high school, I tried my hardest to fit in. When a certain type of handwriting became trendy, I tried to write like the other girls, but no matter how hard I tried, no matter how many times I wrote my Ks with a straight bottom line, my letters and words just didn't look the same.

When the girls began wearing Limited, Too, I got a catalog and begged my mom to buy the clothes for me. We couldn't afford it, but my pre-teen brain only heard, "You can't have this, so you can't be trendy." (Sorry, Momma).

This was also around the time when I began to become more introverted. When I was a kid, my mom says I didn't know a stranger, but as I got older, and felt more pressure to blend in, I got quieter and quieter. I essentially made myself smaller and more invisible so people would stop making fun of me because I was different.

My story isn't uncommon. Maybe you weren't bullied, but as a woman, you've probably been told to make yourself smaller and to fit the mold society created for you. We have to be the caretakers of the family, we have to always look perfect and put together and wear makeup and make sure we have exactly zero ounces of body hair (the strands on our head don't count).

We have to be someone's wife (God forbid if you decide that marriage isn't for you) and stay-at-home moms; actually, no, we have to be career women, but then we should leave our jobs and focus on raising our families. We get emotional too easily, so we can't be trusted with our own decisions—especially when it comes to deciding what's best for our bodies. And we definitely can't be trusted to tell the truth about the discrimination and violation that's happened for centuries.

Society puts us under so much pressure that at some point, some women, like myself, give up even trying. For example, I stopped dreaming of chemically straightening my hair, and now I love it—frizz and all. I stopped believing that I should have to wear makeup, and now I quite like my face as-is. I have a wardrobe of about 10 outfits that I cycle through over a week and a half. I got Nexplanon because I was tired of taking a pill and also because Congress keeps threatening women's bodily autonomy.

As a single millennial female, I bought a house. I'm getting my first cat this week, and when I feel comfortable enough with taking care of another life form, I'll solidify my future status as a crazy cat lady.

I recently began reading "Wild and Free" by Jess Connolly and Hayley Morgan. While the book is geared toward Christian women, it talks some about how women have had to make themselves smaller or lesser or quieter to make room for men.

In one of Morgan's chapters, she talks about how one day, her family was at a park hitting baseballs. Her dad threw one to her, and she hit it. She got excited, but when she got ready to take another turn, her dad shushed her and told her that they were there to let her little brother hit baseballs.

"My dad wanted my brother to be athletic and not overshadowed by his big sister," she writes. That tiny act seemed so innocent, but Morgan said the sentiment stuck with her: "Hush; make yourself small; make room for others." She goes on to write that while making room for others isn't a bad thing (it's actually a really good thing), it becomes bad when you feel like you can't voice your own needs.

The alternative can be worse, though. Imagine how it feels when you've been voicing your own needs for decades only to have the pleas largely ignored until thousands of women begin using the hashtag #metoo.

Think about that. Women have been asking for an even—and safe—playing field for decades, but it took a few brave women, a hashtag and then thousands of women saying the same thing for men to finally realize how pervasive sexual assault, harassment and sexism in general are.

I have more questions. Why is that some men think it's OK to catcall us on the streets, even assuming that we might enjoy the attention? Why is it that when a woman is violated or raped, people make excuses like "She shouldn't have been drinking," or "With what she was wearing, she was asking for it"? Why do we ask what she could have done better instead of asking why the man did what he did?

.#MeToo is just a hashtag, but it's done a beautiful thing: It brought us together. It showed women the power of what can happen when we all raise our voices. Not that we weren't speaking before, but somehow thousands of women using a hashtag (and a lot of us didn't even share our stories) made our voices grow just a tiny bit louder. And it made us women realize that we're not alone in this—that at some point in our lives, almost every single one of us will experience sexual harassment or assault, or just rampant sexism. Even men who have been victims of sexual harassment and assault are coming forward. It's both frustrating and amazing that it took a hashtag to finally cause the dam to break, even a little.

I don't know what happens from here. I hope #MeToo becomes a movement with tangible outcomes. I hope that it finally helps us all begin discussing rape culture, the culture of inequality between women and men, and even racial inequality and inequity, because that plays a role, too. It really is true that one small, honest voice can be louder than a crowd.