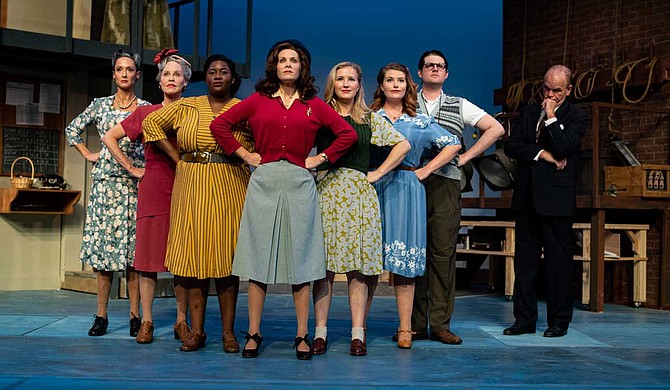 For New Stage Theatre's 54th season, the company is putting a focus on plays with a literary bent. New Stage started off with "Into the Breeches," a production that follows a group of women in 1942 as they produce "Henry V" with an all-female cast. The play was Sept. 10-22. Here's a preview of what else to expect this year.

"Murder on the Orient Express"

The multiple-time-winner for Best Stage Play in Best of Jackson returns this year. The production is about Ebenezer Scrooge, a man who is rich but poor in spirit. Along this journey, ghosts of his past, present and future come to visit him as he learns about the true spirit of Christimas.

Those who read Roald Dahl's "Matilda" or remember the movie from the '90s will definitely want to check this production out. In the story, Matilda Wormwood uses her telekinetic ability to deal with family problems and her school Head Mistress Agatha Trunchbull.

This adaptation of Dominique Morisseau's "Pipeline" tells the story of the American education system against a backdrop of African American literature. In the play, Nya, is a public high-school teacher who is trying to give her son Omari a better life. When he almost gets expelled, Nya has to deal with his anger and her choices as a parent.

"The Curious Incident of the Dog in the Night-Time"

This play brings Mark Haddon's novel of the same name to life. The plot follows Christopher, a 15-year-old who decides to investigate the death of his neighbor's dog, and the journey threatens to turn his whole world upside-down.

This production, adapted from E.L. Doctorow's 1975 novel "Ragtime" and with a Tony Award-winning score and book, is about immigrants and the fight for the American dream. The musical, set in New York City, tells the story of Coalhouse Walker Jr., an African American pianist in a white family from New Rochelle, N.Y., and a family of Jewish immigrants on the Lower East Side.