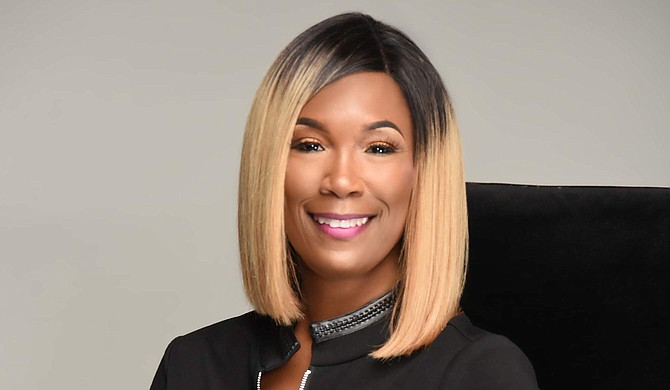 Petal, Miss.,-based Women of Power Ministries started as a small gathering at Dominion and Power Family Life Center International in 1999.

Founder and Elect Lady Donna Beard wanted to create a safe space for women, she says.

"I was a child of (domestic violence) in a small community where everybody knows your business," she says. "I was suffering in silence and then trying to find out who do I talk to, or who could I trust with what I've gone through. ... I was so broken, so hurt, so ashamed, and nobody was able to hear my cry. Nobody was able to be there."

She didn't want other women to have to go through that.

"I just wanted to create a space that young women and women of age may come and just have a safe place to talk or to be healed and to be ministered to," she says.

Beard, a Beaumont, Miss., native, had grown up in an environment that housed domestic violence.

Back in those days, other people didn't get involved, she says.

"What (went) on in the home stayed in the home," she says. "I don't want anyone to have to go through what I went through."

Beard met her husband, Paul Beard, when his family visited her church in Beaumont. She got involved in ministry when Paul, then her fiance, began preaching at age 19. The couple married in 1985 and started Dominion and Power in 1996.

In starting WOP, Beard says she didn't want other women to have to suffer in silence like she did. She wanted to help give those women a voice.

"If I was able to live through what I have gone through, then let me be able to help somebody else," she says. "Don't let what I went through be wasted. It's about helping other people."

Dominion and Power's reach has grown across the state. Each year, the organization hosts its biggest event, the Women of Power Conference, which was April 10-14 at Mt. Olive Baptist Church in Hattiesburg. The conference has earned international exposure, being broadcast to more than 115 countries across the globe.

In June, Beard also published her book, "The Lioness" (D.B. Bonner, 2019, $17.95) which chronicles her life growing up and how she came to found WOP. The book has given her a greater platform to advocate for those who have experienced domestic violence, she says. Now, the women of WOP go into battered women's shelters and ministers to the women and children there.

The Women of Power Conference now incorporates a mental-health aspect, as a therapist is present at the event, Beard says.

"Mental health is in a great demand in this day and time," she says. "It wasn't always permissible to have it in a church setting, and so now we've began to incorporate therapy so that people can be able to be healed."

Beard infuses and entrepreneurial spirit into most things in her life, and says she wants to leave a legacy for her family and her church.

"I want them to see that nothing is impossible," she says. "You can do all things. You can be that businesswoman and yet serve the lord."

Beard will speak at the LETS Conference on Saturday, Oct. 5. The event is from 9 a.m. to 2 p.m. at the Brownstone Center for the Arts at Pearl River Community College. For more information, find the event on Facebook.

Beard and Paul have three children, Paul Beard Jr., Cordaryl Beard and Shamaiah Beard-Hatcher, all of whom are involved in ministry. The couple also has four grandchildren. The family is close-knit, Beard says, and once appeared as contestants on Family Feud for three days. Beard's children often help her with the WOP conferences.

For more information about Women of Power, visit the ministry's website here.