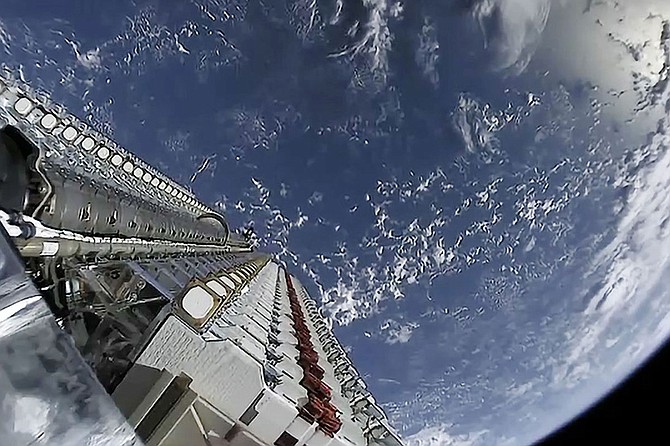 Starlink satellites are put into low Earth orbit, bringing them closer to the planet than competitors’ satellites—thereby providing faster speeds and lower latency. Starlink reviews have shown to be generally favorable in its current service areas, as long an open view to the sky is maintained. The FCC gave funds to Starlink along with numerous other companies to connect more Missippians to broadband.

Satellite internet does have its drawbacks, lacking both the speed and low latency of wired broadband. Currently, Starlink home installation costs around $500 and then $100 per month for service.

The news comes while AT&T is under scrutiny over whether it met its lawful requirements to provide broadband access to 133,000 rural homes and businesses. AT&T and the Mississippi Public Service Commission both await an FCC response to determine the next course of action.

High-speed internet access is an acute concern for Mississippi, especially in rural areas. A 2018 policy brief from the John C. Stennis Institute of Government and Community Development at Mississippi State University found the state to be lacking in rural access compared to other states in the region. “Mississippi continues to lag behind other states in the southeast in fixed and mobile wireless availability,” the report stated.

FCC data used for the brief show that nearly one in three rural Mississippians lacked broadband access in 2016, significantly higher than urban dwellers in the state, of which one in five lacked broadband access. While the Connect America Fund II was intended to bridge large portions of that gap, lingering questions over the efficacy of the program make the present state of Mississippi’s internet connectivity hard to assess.

As companies like SpaceX develop technology to launch hundreds or thousands of satellites quickly, concern has grown over disruption to our night skies. With almost 900 Starlink satellites already in low earth orbit and thousands more planned to take flight, launches like those from SpaceX have provoked worries about interruption of astronomers' field of view, potentially disrupting delicate and time-critical observations.

The chance of a satellite sailing across a telescope's view and interfering with observation goes up as more satellites crowd the sky. In a report from this year’s Satellite Constellation 1 Workshop—attended virtually by SpaceX, among others—the American Astronomical Society pegged the risk of damage between “negligible” and “extreme,” depending on how a satellite trail affects the image.

For its part, SpaceX has worked with scientists and astronomers to develop methods to mitigate some of these effects, such as darkly colored satellites or specific orientation changes to be less intrusive and reflective of the sun’s rays.

Another concern is that when Starlink satellites fail, they could stay in orbit and potentially careen into other objects, adding to the hazardous phenomenon known as space debris. Starlink satellites do not have an egregious failure rate—2.5% to 3% so far—according to industry standards, but with the possibility of launching up to 12,000 more satellites to create Starlink’s currently planned network, even a small percentage can mean many opportunities for failed satellites crashing into other objects.

That said, Starlink satellites operate at an altitude that degrades over time and will burn up in the atmosphere instead of adding to an already growing problem, the company says.