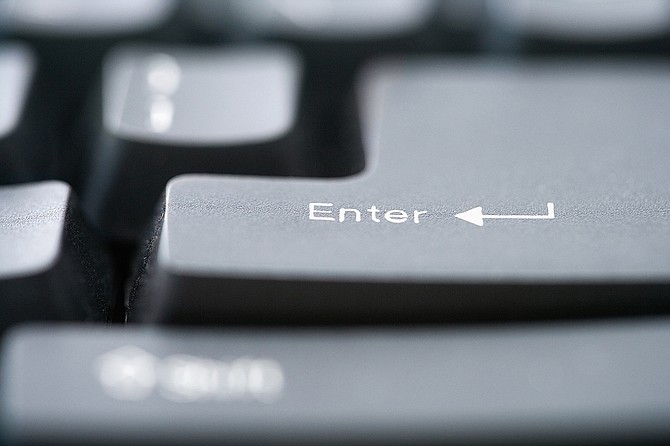 For our state to compete in the digital age, we need legitimate partnerships between the private sector and local, state and federal agencies. Too much is at stake to expect the latter to simply step out of the way. File Photo

Dixie-Net, a small ISP in Ripley, Miss., offers wireless, fixed (i.e. residential) broadband Internet services to thousands of customers in the state. Its motto, "Bringing the World to Your Hometown," is fitting, given that most of its customers live in some of the most rural and underserved areas—including Potts Camp, located in nearby Marshall County with a population just below 500 people, 23 percent of whom live below the poverty line.

There's a healthy niche in the statewide digital marketplace for small ISPs like Dixie-Net. A September 2017 joint congressional report shows that one-third of Mississippians lack access to residential high-speed-Internet technology—what the Federal Communications Commission defines as service with download speeds of at least 25 mega-bytes-per-second and upload speeds of 3Mbps. But as a 2016 Mississippi State University Extension Service report notes, broadband speeds for a majority of those who have access still fail to meet the suggested FCC download and upload speeds.   In other words, we're almost dead last among all states in our efforts to close the broadband "digital divide."

As the MSU report notes, lack of access and adoption are the "two ugly faces" of the digital divide. Affordability complicates the issue of lack of access. ISPs are not required to extend their services into small or remote communities that cannot generate enough revenue to cover infrastructure and related costs. Therefore, towns like Potts Camp may not have access to the most competitive services and prices that large ISPs like AT&T or C Spire offer. Instead, they are usually left with a single option—companies like Dixie-Net that do their best to fill the void but may struggle to maintain technology and service standards.

The MSU report also recognized that many households in the state decline residential Internet service because of lack of interest or because they do not think it holds any personal value.

Policy makers, industry watchers and tech companies often tout singular solutions to such problems—an "either-or" pattern born from well-worn talking points, as if one remedy can relieve the pressure of decades of economic, social, political and technological neglect in our state.

"Both the FCC and the Mississippi legislature should get out of the way and let the marketplace bring affordable, high-quality internet service to Mississippi communities. Just because there is a problem (that) exists, doesn't mean the government should try to solve it," wrote Jameson Taylor, vice president of public policy at the Mississippi Center for Public Policy in a 2017 Clarion-Ledger editorial.

There are many promising options out there, to be sure. AT&T's experimental "Project AirGi," for instance, would harness electrical fields around existing power lines to deliver low-cost broadband access to rural customers.

But the "get-out-of-the-way" strategy can be counter-productive to such measures because it shifts the responsibility for progress to one party without input from other invested groups, like local and state governments, who may provide valuable assistance.

The issue of adoption is critical to understanding why specific groups are not using broadband technology, and it is one area in which government agencies may be able to help. For example, a team from the MSU Extension Center for Technology Outreach, led by Dr. Robert Gallardo, has recently initiated a media literacy campaign, including meetings with residents in local coffee shops, aimed at increasing people's knowledge, and decreasing their anxiety and ambivalence about the Internet and related technology.

Media literacy is a necessary step in bridging the technological gap, especially the question of adoption, and a partnership with Gallardo and his team may go a long way in helping ISPs understand the rural culture of Mississippi and the challenges its people face.

For our state to compete in the digital age, we need legitimate partnerships between the private sector and local, state and federal agencies. Too much is at stake to expect the latter to simply step out of the way.

Pete Smith is an associate professor in the Department of Communication at Mississippi State University and the JFP's new media columnist. This column does not necessarily reflect the views of the Jackson Free Press.